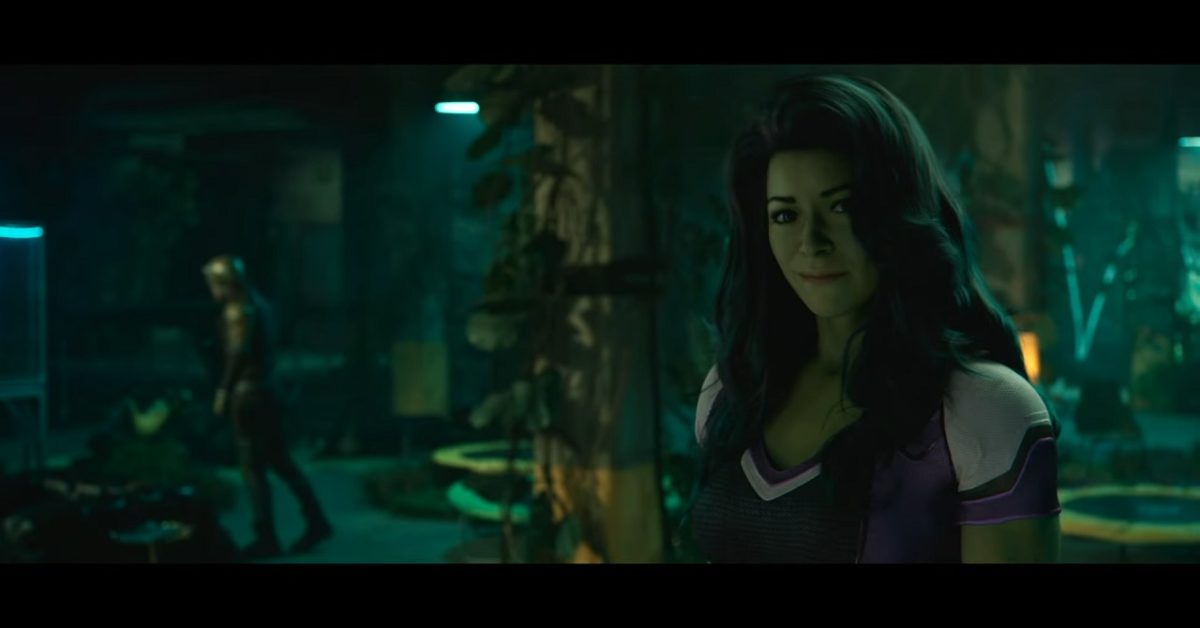 As much as Jen (Tatiana Maslany) continues to remind us of exactly whose show it truly is, we can’t help but get a little excited about what’s in store for Disney+ & Marvel Studios’ She-Hulk: Attorney at Law now that a new midseason trailer has been released offering a preview of what’s to come. And yes, that means a look at Charlie Cox‘s Matt Murdock and Daredevil. And based on the moments that were shared, it looks like Jen’s becoming a big fan. Now here’s a look at some screencaps from the trailer that follows:

So with the series having reached its halfway point, here’s a look at what’s still in store with Disney+ & Marvel Studios’ Tatiana Maslany-starring She-Hulk: Attorney at Law:

Now here’s a look back at the two previously-released official trailers & series overview, with the first four episodes of Marvel Studios’ She-Hulk: Attorney at Law currently streaming on Disney+:

“She-Hulk: Attorney at Law” follows Jennifer Walters as she navigates the complicated life of a single, 30-something attorney who also happens to be a green 6-foot-7-inch superpowered hulk.