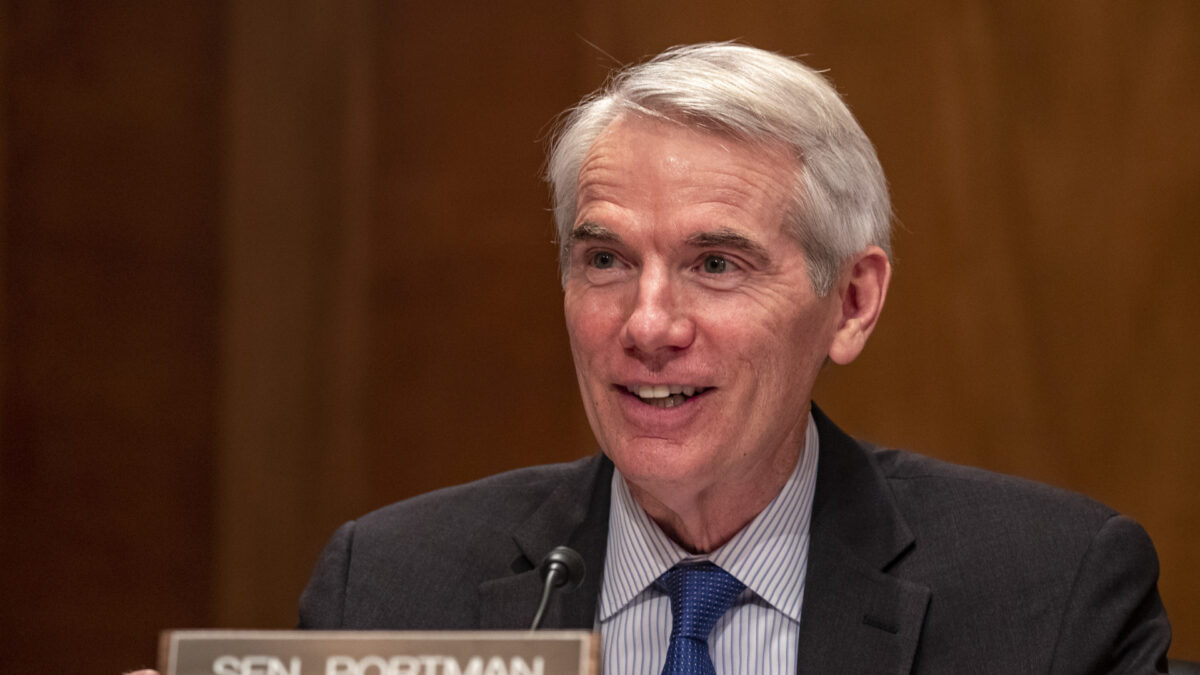 Chinese intelligence has a systematic and well-funded campaign that successfully recruits U.S. Federal Reserve System economists and others to provide sensitive financial information and data in exchange for money and other benefits, according to Sen. Rob Portman (R-Ohio).

“This investigation makes clear that China’s malign efforts at influence and information theft are not limited to science and technology fields. American economic and monetary policy is also being targeted by the Chinese government,” Portman, the top Republican on the Senate Committee on Homeland Security and Governmental Affairs (HSGAC), said in a statement in conjunction with the release of a new report by congressional investigators.

The investigative report Portman made public on July 26 was prepared by the Republican staff of the Senate panel. The document updates a report on Chinese subversion in the United States released in 2019, when Portman was the committee’s chairman.

“As our investigation reveals, the Chinese government is using every tool at its disposal to infiltrate and steal valuable information. We cannot let the American taxpayer continue to unwittingly fund China’s military and economic rise, which is why our report makes strong recommendations to enhance and protect our Federal Reserve,” Portman said.

“This report shows that we cannot make any American taxpayer-funded investment in science, technology, or economic policy without including safeguarding and security protections like my proposed ‘Safeguarding American Innovation Act.‘”

While Portman’s proposal has 17 co-sponsors, including a dozen Republicans and five Democrats, the Democratic-controlled HSGAC hasn’t held a hearing or otherwise moved to consider the proposal. Sen. Gary Peters (D-Mich.) succeeded Portman as committee chairman in 2021.

“This investigation of the U.S. Federal Reserve shows how China has used a variety of tactics to recruit U.S.-based economists to provide China with knowledge and intellectual capital in exchange for monetary gain and other benefits,” the report says.

The report says Fed investigators have identified at least 13 individuals within the financial system who represent “stark examples of the ways in which the Chinese government has attempted to gain access to sensitive internal information and influence the Federal Reserve.”

The investigators, according to the report, dubbed the 13 individuals as the “P-Network,” and noted they work in eight of the central bank’s 12 regional banks.

Another Fed employee was forcibly detained while in China on four occasions, and he and his family members were threatened with imprisonment if he didn’t cooperate, the report says.

Yet another Federal Reserve employee, when confronted by investigators with concerns about his activities with Chinese individuals and programs, changed his email addresses and began using an encrypted communication channel, according to the report.

Investigators even found a Fed employee who regularly communicates with officials within China’s Xinhua News Agency, which is notorious for being a tool of the Beijing regime’s international spying efforts.

In addition, the report found that a number of Federal Reserve employees have maintained close ties for years to Chinese academic organizations known to be affiliated with China’s Thousand Talents Program, which is central to the Chinese Communist Party’s (CCP) subversion campaign aimed at the United States and other Western nations.

Investigators also found that another employee working for a Fed bank “had been searching for articles relating to individuals who had been arrested for economic espionage and lying about providing intelligence agents with confidential information in exchange for financial compensation,” the report said. The individual used “xijinping” as a password.

The report says the situation is complicated by the Federal Reserve’s lack of sufficient counter-intelligence resources to deal effectively with the Chinese attack.

After the HSGAC investigation was initiated, Fed officials implemented a new requirement barring employees from accepting any compensation from any country of concern, including China, according to the report.

But there are still serious gaps in the Federal Reserve’s defenses, with a result that China still has “an open avenue to disrupt the integrity of the American financial system and jeopardizing American national security.”

Despite having an internal program to protect the security of data used in the Federal Reserve’s most significant financial decision-making, the Federal Open Market Committee (FOMC) that sets economic policies, the report says only one of the 13 individuals identified as having links to or being influenced by the Chinese subversion effort has had data access withdrawn.

The remaining 12 Federal Reserve employees, including those suspected of sharing sensitive data, are still able to access FOMC information.

“I am concerned by the threat to the Fed and hope our investigation, which is based on the Fed’s own documents and corresponds with assessments and recommendations made by the FBI, wakes the Fed up to the broad threat from China to our monetary policy. The risk is clear, I urge the FBI and the Fed to do more to counter this threat from one of our foremost foreign adversaries,” Portman told a group of journalists given an advance briefing on the report on July 25.

Portman is retiring from the Senate at the end of his current term in January 2023.