Castlevania Advance Collection out now on consoles and PC 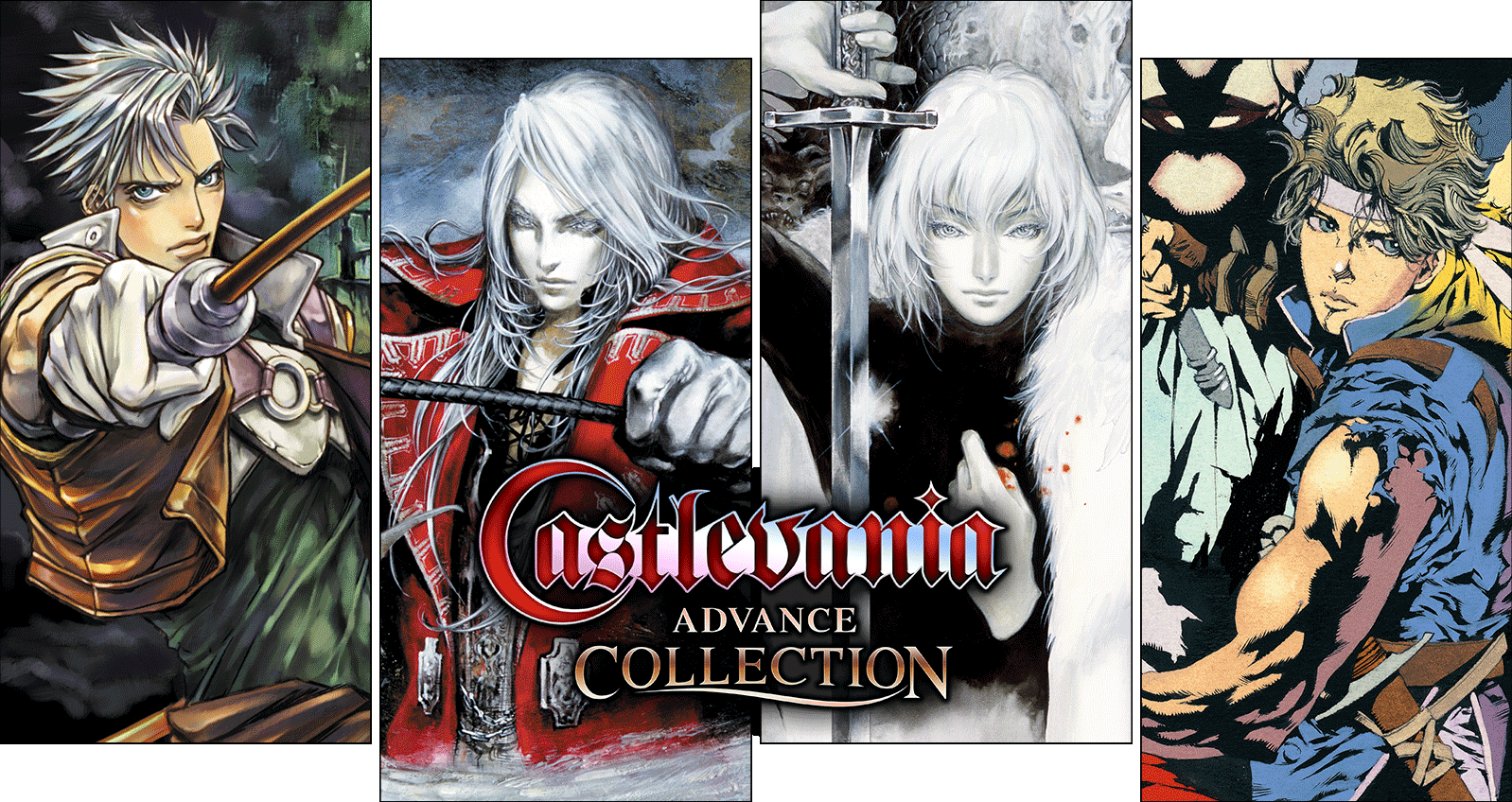 Konami has released the Castlevania Advance Collection for consoles and PC.

First outed by the Australian classification board and pretty much confirmed by Korea’s ratings board, the collection is made up of three classic Gameboy Advance titles and one SNES title.

These games areCircle of the Moon, Harmony of Dissonance, Aria of Sorrow, and Dracula X, respectively.

All four games are enhanced with newly added features such as rewind, save/load and replay, and include a handy encyclopedia, a music player with all soundtracks, and you can even change the ROM Region to play all games in different versions. Also included are some never-before-seen sketches and artwork from all four games.

In Circle of the Moon, action and attribute cards are combined to create over 80 unique spell effects, ranging from fire whips to ice blizzards thanks to the Dual Set-up System. In it, vampire hunter Nathan Graves enters Dracula’s Castle along with his Master to try and prevent the dreaded return of the Count.

Harmony of Dissonance finds you playing as Juste Belmont, the grandson of vampire hunter Simon Belmont. With its release, the title introduced plenty of new features to the franchise, such as a Boss Rush mode and the Spell Fusion system that allows you to combine Sub-Weapons with Spell Books to cast spells.

With Aria of Sorrow, a new attack system called Tactical Souls was introduced, and lets you capture the souls of monsters to acquire over 100 of their abilities. It also features plenty of New Game+ content.

SNES game Castlevania: Dracula X is a reimagination of the action game Castlevania: Rondo of Blood. In it, you play as Richter Belmont, heir of the Belmont family. Dracula has risen again, and is reviving the dead for nefarious purposes. You will take the fight to him in his castle to defeat him and the enemies which stand in your path.

The collection is available for PC, PS4, Switch, and Xbox One. It is playable on PS5 and Xbox Series X/S through backwards compatibility. The game collection is only available digitally, and will set you back $19.99 or your regional equivalent.