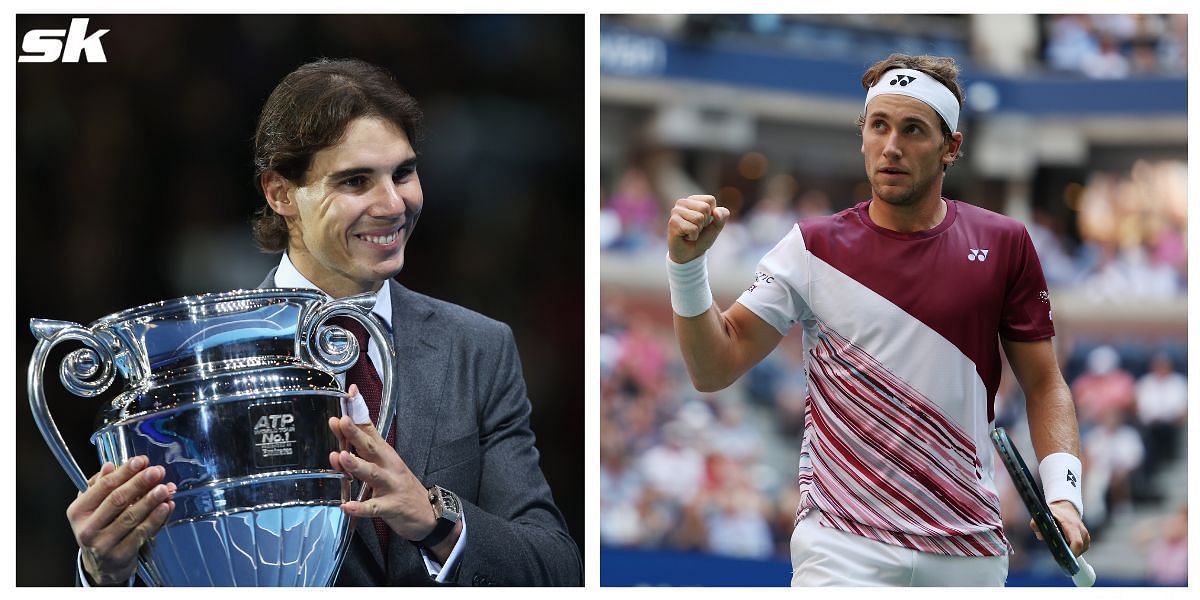 Casper Ruud reached his second Grand Slam final of the year on Friday, defeating Karen Khachanov in the semifinals of the 2022 US Open. The Norwegian, who came into the season with only a single second week appearance at a Major to his name previously, defeated Khachanov with a resounding 7-6(5), 6-2, 5-7, 6-2 scoreline to book his spot in the summit clash.

By doing so, the World No. 7 jumped to the top spot in the ATP rankings provisionally, replacing his idol Rafael Nadal from the position. Following a fourth-round exit from current World No. 1 Daniil Medvedev, Nadal held the spot briefly and would have maintained his hold on the position as long as Ruud hadn’t made the final.

Just a high quality performance from Ruud in such a big match:

Carlos Alcaraz, currently playing in the second semifinal against Frances Tiafoe at Flushing Meadows, is also capable of becoming the World No. 1 if he reaches the final. If he does, however, Ruud and Alcaraz will duke it out for the honor, while the Norwegian will be guaranteed the position next week if Alcaraz falls to Tiafoe in the coming hours.

Casper Ruud will be the new World No. 1 on Monday is Alcaraz loses in the semifinal.

Alcaraz will be No. 1 if he wins the #USOpen

Casper Ruud will be the new World No. 1 on Monday is Alcaraz loses in the semifinal.Alcaraz will be No. 1 if he wins the #USOpen

As things stand at the moment, Casper Ruud has 5,850 ranking points to his name. Nadal, meanwhile, has 5,810 and Alcaraz will have 5,940 points if he does progress to the final. The 22-time Grand Slam champion will have another shot at becoming the top-ranked ATP player before the end of the year at the ATP Tour Finals, where Ruud will also be in contention alongside Alcaraz.

“After Roland Garros, I was extremely happy but at the same time, humble enough to think that could be my only final in a Grand Slam in my career” – Casper Ruud

Speaking in his on-court interview after the win over Karen Khachanov, Casper Ruud revealed that he never expected to reach a Grand Slam final again in his career after the French Open, where he fell to Rafael Nadal.

Casper Ruud knows chances for a Grand Slam 🏆 don’t come easy.He’ll get his second shot in 2022 on Sunday. https://t.co/eMYNS5E3gY

Now that he is back in the same position just a few months later, the 23-year-old was lost for words trying to explain all the emotions he was going through at the moment.

“After Roland Garros, I was extremely happy but at the same time, humble enough to think that could be my only final in a Grand Slam in my career. It doesn’t come so easy,” Ruud said. “But here I am back again a couple months later, so it feels beyond words to describe.”