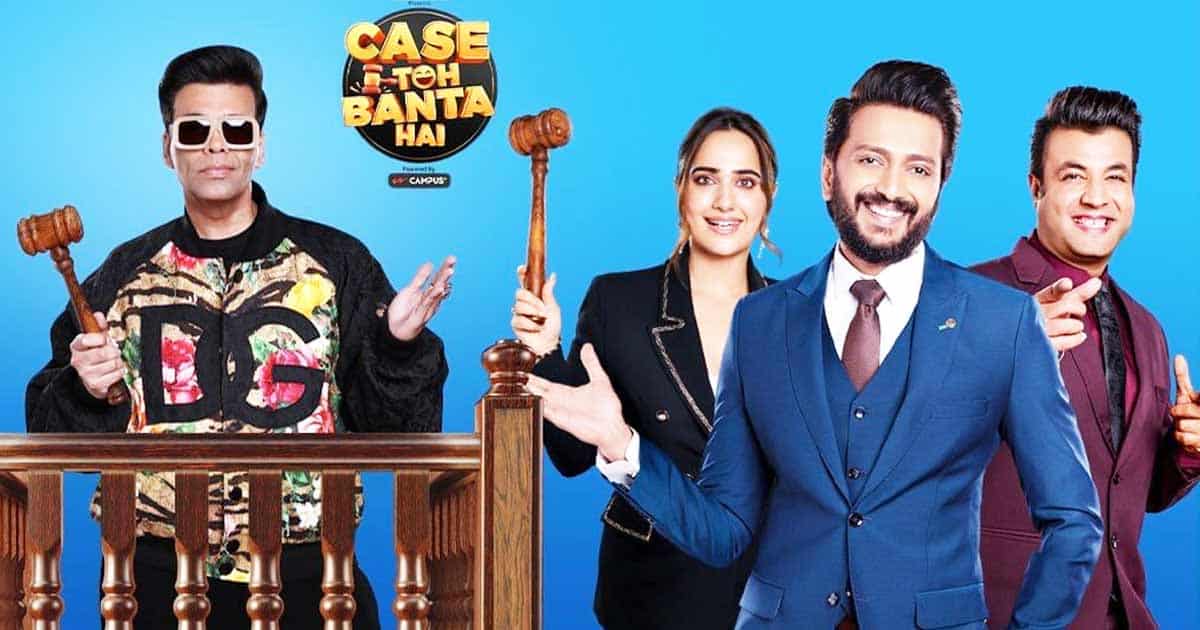 Anticipate a whole lot of fun, laughter, and a high dose of entertainment coming your way on the comedy show Case Toh Banta Hai as filmmaker Karan Johar enters the courtroom. Amazon miniTV – Amazon’s free video streaming service, released a hilarious video giving us a sneak peak of KJo in the katghara.

Comedian Paritosh Tripathi used some amazing punchlines while grilling Karan Johar that made everyone laugh out loud. He said, “Star kid jab paida hota hai, toh paida hote hi sabse pehle ’Maa’ nahi, ‘Dharma’ bolta hai.” Get ready to go on an entertaining ride with Karan as he is all set to dodge the Atrangi Ilzaams with his trademark sass and style.

Case Toh Banta Hai is a one-of-a-kind weekly comedy show starring Riteish Deshmukh as a defence lawyer and Varun Sharma as a public prosecutor. Social media sensation Kusha Kapila dons the judge’s hat to decide the fate of some of the biggest Bollywood celebrities, while comedians Paritosh Tripathi, Gopal Dutt, Sanket Bhosale, and Sugandha Mishra among others amp up the entertainment quotient with their unique comedy. Catch all the fun in the episode streaming for free this Friday, September 9, only on Amazon miniTV within the Amazon shopping app.

Shehnaaz Gill Feels Fans Making Her Trend On Twitter Isn’t A ‘Cool’ Thing: “Till When They Will Do It?”

The Kapil Sharma Show: Bharti Singh Breaks Silence On Not Being Part Of The Comedy Show’s New Season, Asks Fans To Not Make It A ‘Habit To See Her In Every Show’

In the previous episode of Case Toh Banta Hai, Badshah defended himself from all the strange claims by Janta Ka Lawyer Riteish Deshmukh. In this fun-filled episode, Badshah joked about his career choices, singing without sur, and much more.

Must Read: The Kapil Sharma Show: Sidharth Sagar Opens Up About His Return To TV After The Drugs Case, Reveals “When I Am On Stage, I Don’t Feel Any Pressure”

Tesla ramps up hiring for Megafactory