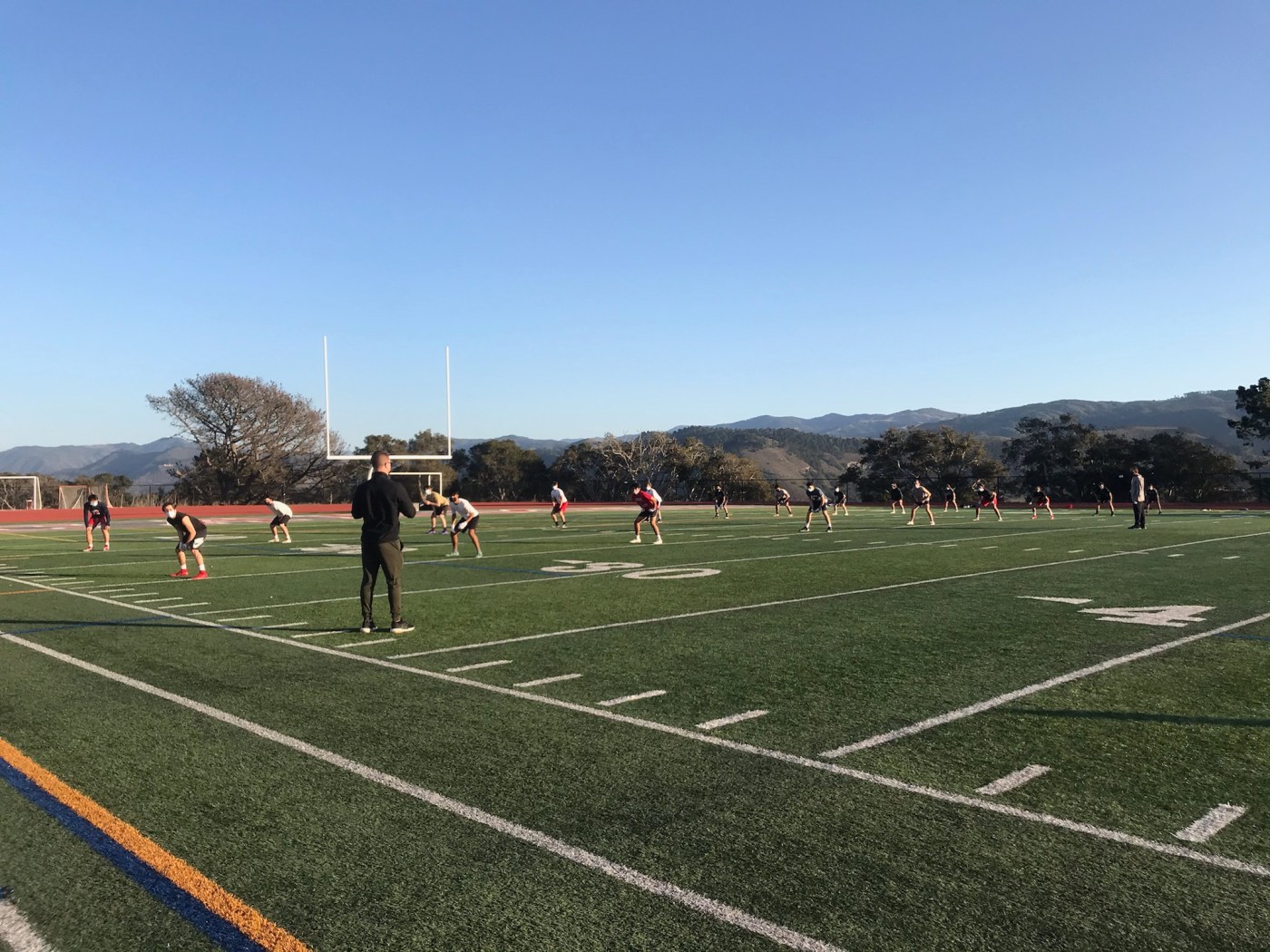 Around 100 people attended the meeting at Carmel Middle School, which served as an opportunity to hear the community’s thoughts on the newly revised environmental impact report for the district’s proposed stadium improvement project.

The vast majority of the 30 Carmel residents who spoke during the meeting avidly opposed the project, citing the high costs, increased traffic and light pollution while claiming it would cause destruction to the community and residential areas.

“I just want to (repeat) what another person was saying up here,” said Carmel resident Noel Mills. “From the Joni Mitchell song, ‘They paved paradise, put up a parking lot. And you don’t know what you’ve got till it’s gone.’ And that’s what you’re doing.”

The school district proposed adding four new light poles to the high school’s stadium as part of a facilities master plan three years ago. The original draft environmental impact report was released in August 2021 and received over 50 letters, emails and verbal comments from the community.

Community feedback expressed concern over several areas, including light and noise pollution, event parking and harm to the environment. In response to these concerns, the district revised and released an updated report at the end of last month, which featured additional project proposals and expanded the former Carmel High School Stadium Lights Project to the Stadium Improvements Project.

Carmel Unified School District Superintendent Ted Knight said the decision to expand the project was made at the request of the community.

“(It’s) frustrating because I met with everyone who was in that room. I met with them several times when we did the first environmental impact report and they’re the ones who asked me to fix the parking, fix the pool lights, come up with a traffic management plan,” Knight said. “They asked us to do all of that, and then we did it and now they’re beating us up for how much it cost and how large the scope of the project is. That just does not make any sense to me.”

The “ever-expanding” nature of the project was just one complaint repeated at the meeting. Concerns over light pollution, noise and overall disruption to the peace and quiet within residential neighborhoods were also brought up.

Many residents voiced concern over the shift adding stadium lights would cause as high school football games move from during the day on Saturday to Friday night.

“Actions to date are on track to negatively affect our community forever and change the nature and soul of Carmel,” said resident Larry Arthur. “Your plan ignores addressing and preserving the character of Carmel and the values we all hold dear. … Your plan pivots away from an 80-year tradition of Saturday family friendly football and shifts to Friday nights, which removes the family picnic atmosphere. It will bring a host of other problems, not the least of which is noise.”

But not everyone at Tuesday night’s meeting opposed the district’s project. A few people voiced support for the stadium improvements, citing the benefit to the students.

Resident Brendan Cook asked those opposed to the project to think of the benefits the stadium lights would bring to other sports besides football, while Carmel resident Terry Teese pointed out that the high school has been a part of the community for a long time, potentially longer than anyone against the project.

“I’ve spoken for three years now about the need to create a home for our students, a home that is safe and supportive of our kids,” he said. “I’m here as an advocate for my students and my school. Carmel High School is not an adversary of the neighborhood or the community. … We are asking this board to give us the needed improvements to our school in the form of this proposal, so we may have a safe space for our kids to grow and thrive. We’re asking you to do what’s best for these students — current and future — of Carmel. It’s what’s best for our home.”

Knight said the district does not plan to hold another special board meeting for public comment, but the public can continue to submit written comments until the 45-day public comment period closes on Oct. 10.

After the 45-day public comment period, the district will revise the report once more and release a final environmental impact report. A final decision on the project will come forward during a special board meeting scheduled for Nov. 29.

“I think it was what we expected,” Knight said of the comments made during Tuesday’s meeting. “We certainly want to hear from them. … We want to hear what their concerns are so that we can rectify them to the greatest degree. But I was disappointed (by) this idea that our school board isn’t listening to them and this insinuation that the 20-30 people that spoke are somehow the voice of our entire community. Our school board is listening, but they’re listening to hundreds of other people who are behind the scenes telling us, ‘Please go forward with this project.’ ”

The full revised report can be accessed at Carmel Unified School District’s website.