NEW YORK (AP) — Frances Tiafoe’s run to the US Open semifinals is, first and foremost, about Tiafoe himself, a 24-year-old from Maryland who took up tennis because his father was a janitor at a junior training centre, a player who never won a match past the fourth round at a grand slam tournament until now, who owns one career ATP title and a sub-50 per cent career record, and whose ranking ranged from 24 to 74 over the past two seasons.

“A Cinderella story,” to use his phrase.

Tiafoe’s tale — which already includes a victory over 22-time Grand Slam champion Rafael Nadal along the way to Saturday’s matchup against No.3 Carlos Alcaraz of Spain with a berth in the final at stake — is about so much more, too.

It is a significant step forward for American men’s tennis right now and could help grow the sport in the future, too.

Tiafoe is the first man from the United States to reach the semifinals at Flushing Meadows since Andy Roddick, 16 years ago.

He has a shot at giving the country its first male champion at any slam since Roddick in New York, 19 years ago.

If he can get past Alcaraz, Tiafoe would become the first Black man from the US in a major final since MaliVai Washington was the runner-up at Wimbledon in 1996.

“American men’s tennis has been struggling for a couple of decades. Struggling with a standard that we set for ourselves: Grand Slam champions and Grand Slam finals,” Washington said in a telephone interview.

“That has not happened on the men’s side in years.”

A high bar was set by the success of the likes of Pete Sampras, Andre Agassi, John McEnroe, Jimmy Connors and Arthur Ashe — the last African American man in the US Open semifinals, in 1972, and the person for whom the event’s main stadium is named — and, before that, Don Budge and Bill Tilden.

Thanks to the Williams sisters, and other players who were major champs or runners-up more recently, such as Sloane Stephens, Madison Keys, Sofia Kenin and Danielle Collins, American women’s tennis has stayed relevant long past the days of Chris Evert and Billie Jean King.

“It absolutely helps the US Open to have male and female champions from the US Absolutely,” tournament director Stacey Allaster said.

“We had the greatest of all time for decades on the women’s side. And obviously we’ve had amazing American champions on the men’s side, from Pete and Andre to Andy. But it’s been a while.” 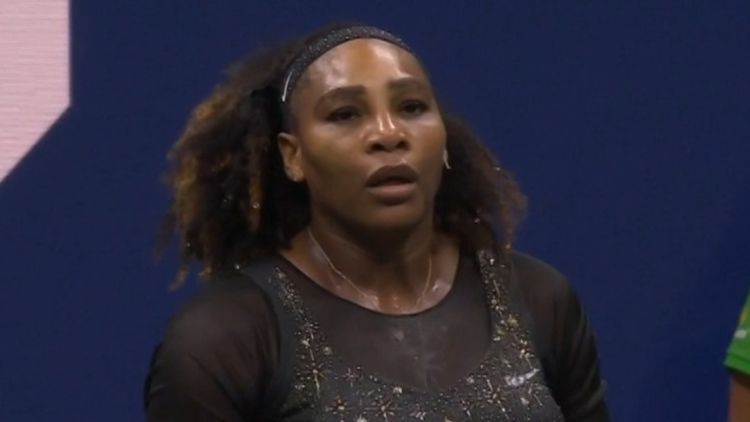 As Serena Williams prepared to walk away from her playing days, current athletes such as Tiafoe, 18-year-old Coco Gauff and others spoke during the US Open about the influence she and her sister, Venus, had on their careers.

Gauff has said she plays what she called “a predominantly white sport” because she “saw somebody who looked like me dominating the game.”

The importance of representation can’t be overstated.

“What Frances is doing now is inspiring me,” Washington said.

“And I hope he inspires young players — not just Black, but white, Hispanic, Asian. Certainly, because of his background, and the the color of his skin, it’s going to have a certain impact on young Black players and especially young Black boys. And I hope it makes them think, ‘OK, I’ve been playing tennis for a bunch of years. This inspires me to keep going.’ Or: ‘I’ve never played tennis before. This inspires me to try.'”

Tiafoe’s on-court enthusiasm — “which you might see more readily in basketball,” Washington said — and off-court personality could help draw youngsters to tennis.

So could the sorts of social media that didn’t exist in Washington’s playing days. 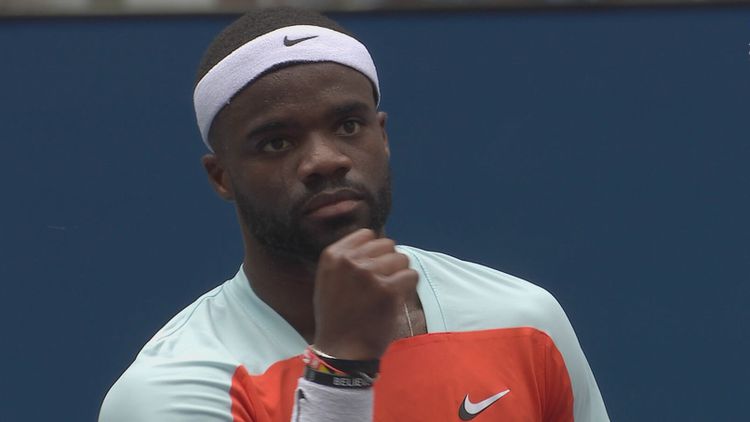 “I don’t know if you can ever truly know what type of impact you’re having on the next generation until maybe years later, when someone says, ‘Hey, I started playing tennis because I remember watching you at Wimbledon,'” said Washington, whose youth foundation in Jacksonville, Florida, offers after-school and summer programs.

Martin Blackman, head of the US Tennis Association’s player development program, thinks Tiafoe “resonates and is relevant in the culture.

He represents a huge opportunity to make tennis ‘cooler.'”

Tiafoe does not shy from the notion that he can lead the way for others.

“He wants to be a role model,” said his coach, Wayne Ferreira. 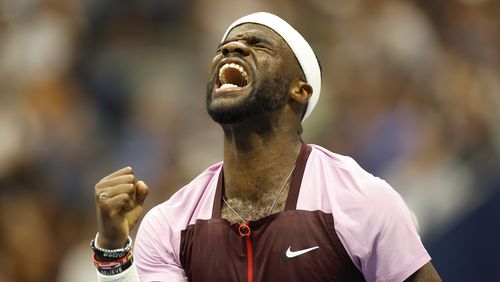 “I always tell him, ‘If you want to be a role model, you have to win tennis matches.’ If he can win this tournament, he can be an inspiration for a lot of kids.”

Tiafoe was six when he first crossed paths with Blackman, who at the time was a coach at the Junior Tennis Champions Centre in College Park, Maryland, where little Francis and his twin brother, stayed while dad worked.

Blackman sees what Tiafoe is doing as the result of a process started more than a dozen years ago to try to develop future champions.

Blackman sees a “healthy peer pressure” in the group of American men around Tiafoe’s age who have come through the ranks — and rankings — together, including Taylor Fritz, Reilly Opelka and Tommy Paul.

“We want that same dynamic we had back in the early ’90s, with Pete, Andre, Jim Courier and Michael Chang,” Blackman said.

“That’s another part of why Frances’ breakthrough is so significant.”