Owning a car used to be simple – you put up a down payment and financing a portion of the car or you put down the entire amount to buy the car. Once you bought the car, you paid for the fuel, the annual insurance premiums, and at regular intervals, paid to get your car serviced. You really owned your car. But will that continue to be the case in the future?

If the auto industry had its way, users ought to pay a fee annually or monthly to use their cars, even if they have bought them. That’s why Subscription Pricing or Hardware and Feature as a Service or HaaS & FaaS is becoming increasingly popular in the auto industry. Image Credit: Daimler

If the automobile industry has its way, they don’t want you to own your car, not completely at least. Car makers want you to pay more for the car you “own” and keep on paying till you have the car in your possession. And how do they go about doing it? By charging you for features that your car already has.

A scary scenario
Imagine this – you are out for a drive in your brand-new car after a hard week at the office. The car that you’re driving is the top-of-the-line version, with all the bells and whistles that the car company provides. You love driving and are having a good time. You try to tune the infotainment system to your favourite podcast, but you get a pop-up saying you need to pay a small fee to change what the infotainment system is playing for you. You ignore the message and try to adjust the climate control. You again get a popup saying that in order to change the temperature of your car’s air conditioner, you need to buy a subscription. Want to switch on your ventilated seats? There’s that pop-up notification again.

Irritated by all this, you just keep on driving, until you find an empty stretch of road, and you think that you would love to try out the super-fast acceleration of your new car that your sales advisor kept on harping about. You press the pedal to the floor, expecting the car to take off like a stabbed rabbit, but instead, you see your car just roll off as it usually does – there’s a pop-up message again, saying that in order to experience the super quick acceleration your car is capable of, you need to subscribe to a hyper performance pack from your dealer, or from your car manufacturer.

All of the things that we asked you to imagine, are happening in real life, today, as you’re reading this piece. Welcome to the dystopian world of hardware and feature being provided as services.

The insidious trap
Most car manufacturers have shareholders to whom they are answerable. And more than anything, shareholders want continued and explosive growth, and a sustained source of growing revenue. So how do car manufacturers ensure that their shareholders are happy? By coming up with a system that allows them to charge their customers more than what they pay for their cars, in the form of a recurring fee. 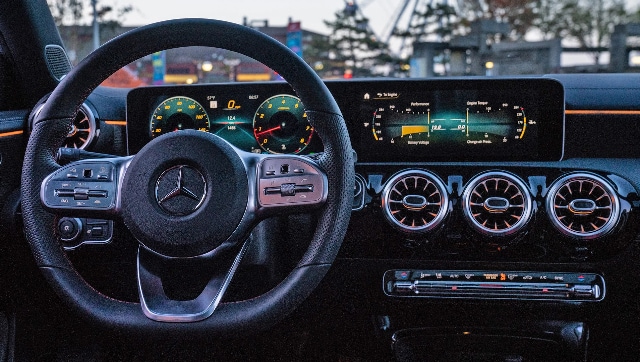 Now, one way to go about this is to ensure that users service their cars at authorised service stations, where the markups are ridiculous. However, implementing that has proven to be a nightmare. Enter subscription pricing or Hardware/Feature as a Service.

Automakers have made it clear that they view “Software as a Service,” as it is called in business parlance, as a substantial revenue stream that will help them recoup some of the billions of dollars they have invested in the research and development vehicles. Stellantis, the parent company of Jeep, Dodge, and Chrysler in the US, once stated that it anticipates making $22.5 billion annually from software and subscription revenues alone. Ford, Volkswagen, Daimler, BMW and General Motors have all made comparable predictions.

What car manufacturers are actually doing
Car manufacturers like BMW, Mercedes and Tesla have already implemented a paywall model where they charge a fee for the features that their cars are already capable of. For example, in a number of European and North American countries, BMW has features like heated seats and heated steering locked behind a paywall. Similarly, some of Tesla’s advanced features, like higher levels of ADAS or “autopilot” driving, are locked behind a paywall. 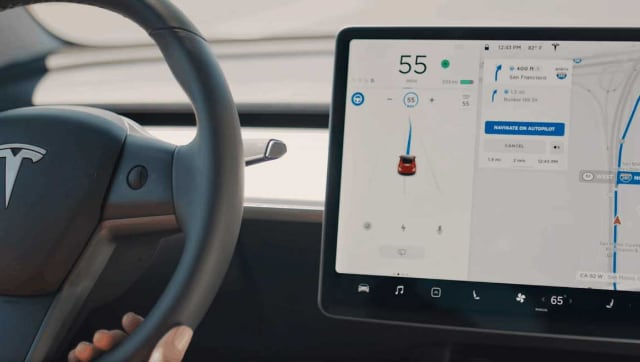 Tesla locks a portion of its battery pack behind a paywall. Customers have the option to pay a hefty one-time fee or an annual fee to unlock it and extend their Tesla EV’s range. Image Credit: Tesla

One of the most insidious examples of this, however, would be Mercedes and what they have done with their EVs in North America. One of the hallmarks of an EV is the fast and instantaneous acceleration that its drivetrain provides. However, Mercedes has locked “increased” acceleration and other performance features behind a paywall that costs $1200 annually.

The point of buying an EV or any car from Mercedes or any other premium brand like that instead of a Ford or Jeep, is the performance and speed that comes with it. What Mercedes has done here, is locked the essence of their car, behind, an annual paywall. Think of it this way – as a Mercedes customer in North America, you are not paying for more acceleration or better acceleration. You are being robbed of the regular acceleration that your swanky, brand-spanking-new Mercedes EV is capable of unless you pay an annual ransom.

And mind you, Mercedes isn’t the only one doing this, other EV makers including Tesla, have similar practices when it comes to acceleration and performance.

For years Tesla sold the Model S and Model X with the same 75 kWh battery but had the drivetrain locked by software to 60 and 70 kWh. The customer had the option to pay a one-time fee of an additional $3,000 for the extra 30 or 40 miles of range, or pay an annual fee to have the range unlocked.

What car manufacturers plan to do
Automobile manufacturers at least in Europe, North America and certain Asian countries, hope that going forward, they will have as few variants of a model, as possible – if possible, then only one, single variant. This one variant will have the hardware that is needed for all of the top-of-the-line features that they have to offer. This will allow car manufacturers not only to save cost in production and warehousing by streamlining manufacturing and having to make fewer SKUs or stock-keeping units but also, to charge more from customers – base variants have very little profit margins for car makers, so the idea is to eliminate base variants altogether. 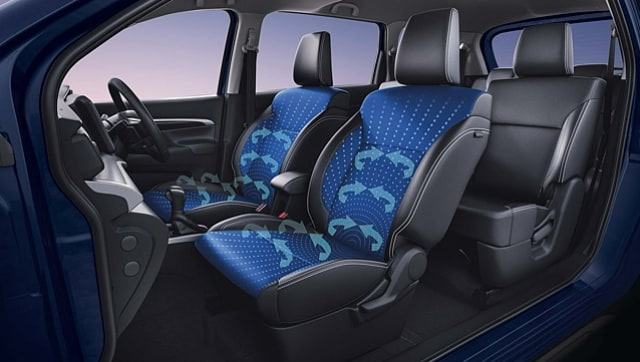 The car that you buy will have the hardware to support all of the features that you could possibly want. If you want to have a particular feature, you pay an annual fee. If you don’t want the feature while purchasing the car, you don’t need to pay the fee. However, if you want to activate the feature a few months down the line, you will need to pay a significantly higher fee annually.

And yes, the packages are most likely to be charged annually in most cases. In certain use cases, subscriptions may be offered on a monthly basis, but then, they will be much more expensive proportionally. We have already seen a similar pricing principle being adopted for other subscription services.

Users don’t own the car they own
This brings us back to our original question. In the not-so-distant future, will you really own the car that you possess, whose EMIs and insurance premiums you pay? Not likely. This becomes even worse when you consider how quickly we are moving towards a world full of EVs, and where the internal combustion engine goes the way of the dinosaur. EVs will anyway rely extremely on software, even for the most basic of functionalities, all of which can be killed with the stroke of a key made remotely.

Think of it this way- do you really own something if you need to pay an annual or even a monthly fee to use it to its fullest potential, or are you, at that point, simply renting it?

Cardi B reveals why she called off divorce with Offset: ‘He wanted to change’