Can’t comb your kid’s hair? This gene may be to blame 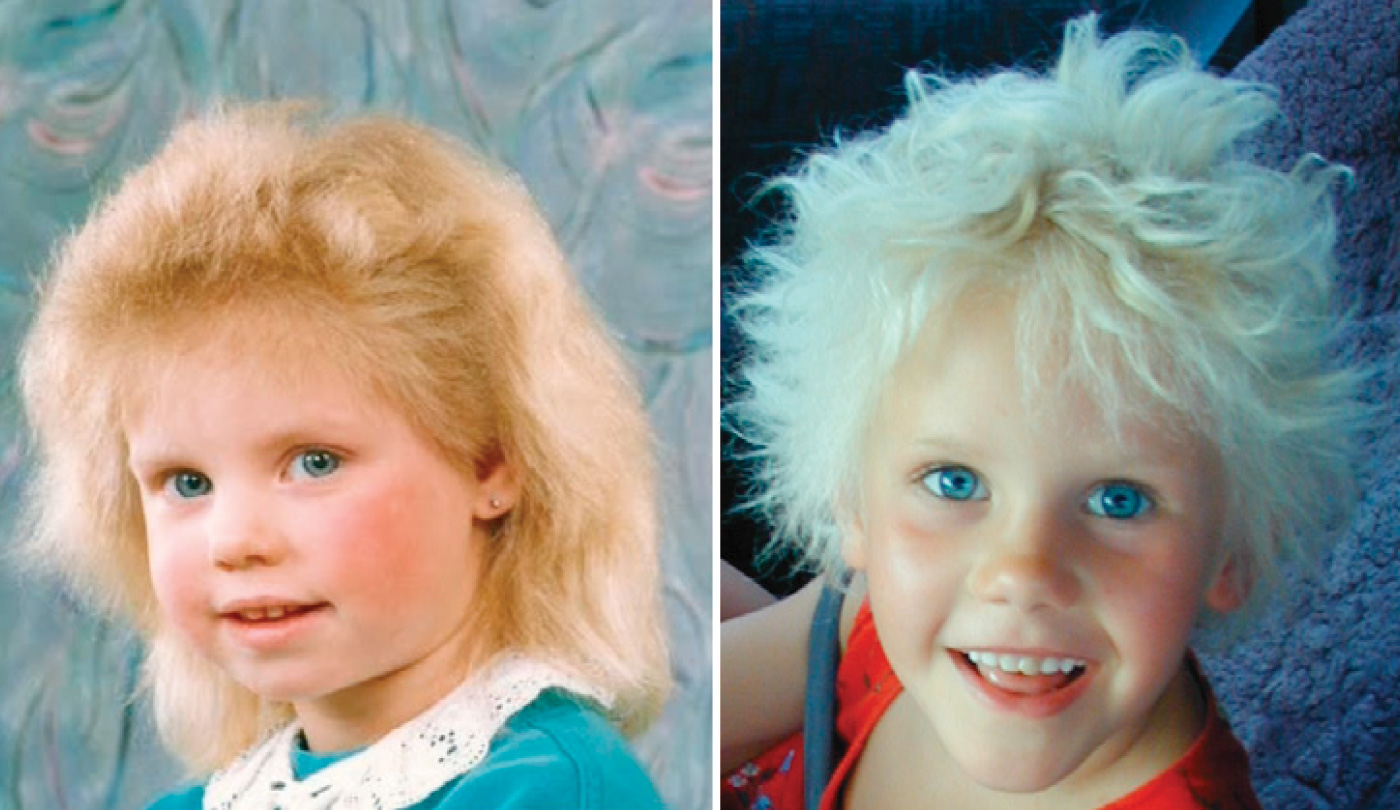 The flurry of frizzy-hair e-mails began in 2016.

Human geneticist Regina Betz of University Hospital Bonn in Germany and her team had just linked three genes to a rare disorder with eye-catching symptoms: silvery, spangly, spun glass hair that just will not lie flat. Called uncombable hair syndrome, patients can have dry, shiny strands that stand away from the scalp like a cloud of dandelion fluff. Only about 100 cases had ever been reported.

But after the study, which looked at 18 cases, people from all over the world reached out. “They said, ‘Oh, I have a child like this’ or, ‘Oh, I looked exactly like that as a child,’” says study coauthor Buket Basmanav, a geneticist also at University Hospital Bonn. “Regina said, ‘Send us your samples.’”

Now, the team has analyzed DNA samples from 107 people with uncombable hair syndrome. Variants of just a single gene accounted for 71 percent of cases, the researchers report August 31 in JAMA Dermatology.

The gene, PADI3, encodes an enzyme involved in hair shaft formation. Mutations in PADI3 can disrupt the process, tinkering with the hair’s structure. In people with the syndrome, the hair shaft is grooved, like “a paper straw that has collapsed in on itself,” says Gillian Westgate, a hair biologist at the University of Bradford in England who was not involved in the study.

Basmanav and her colleagues also linked nearly 4 percent of the cases to variants of TGM3 or TCHH, the two other hair shaft genes that the team had previously studied. Nearly a quarter of the cases in the new study remain genetically unexplained.

The work could help doctors diagnose the disorder, which often improves with age and isn’t typically tied to health problems. Genetically testing kids with the unusually lofty locks might ease the minds of parents worried that their child’s poufy ‘do is a sign of something more serious, Westgate says.

A diagnosis of uncombable hair syndrome can be a relief, Basmanav adds, because “we don’t expect any additional symptoms to show up.”

The investment strategy being pulled into America’s culture wars : NPR