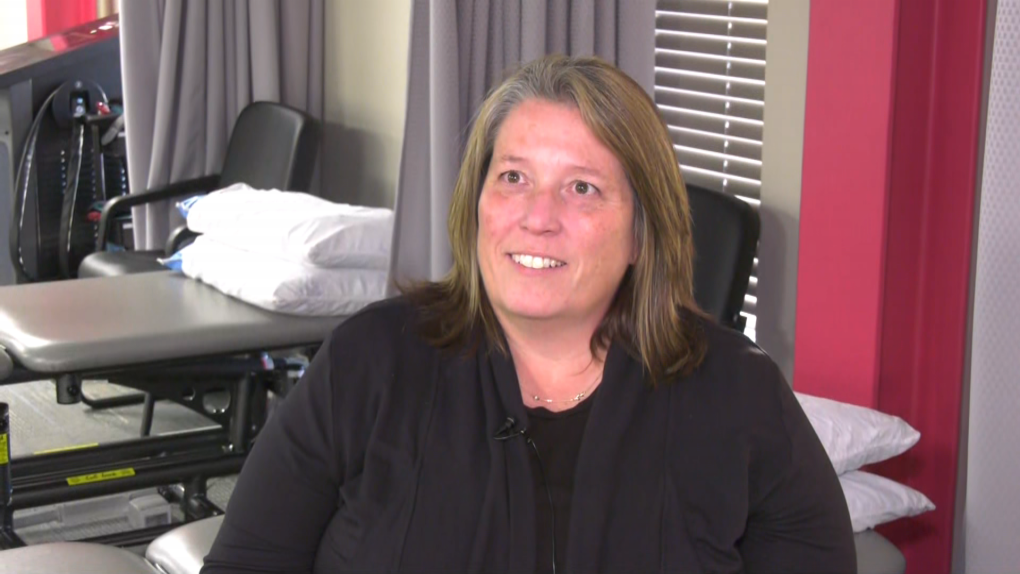 After about 10 years of sea legs and spinning spells that left her woozy for days, Roberta Slobodian had accepted benign paroxysmal positional vertigo (BPPV) would permanently affect her life.

“I was kind of building my life to be a person who’s always dizzy and picking things off the floor with my chin up in the air, scared to move my head. I was actually developing neck issues because I was afraid to turn my head, just the worry of it triggering the vertigo,” she recalled in a recent interview with CTV News Edmonton.

“You lose a lot of confidence because you feel like that could happen at any moment, so you’re kind of living in fear.”

According to a national organization, more than a third of Canadians aged 40 or older will have a vestibular problem at some point in their lives. BPPV is considered the most common.

But a few months ago, Slobodian was referred to Leading Edge Physiotherapy at Edmonton’s Royal Glenora Club for a different issue and was introduced to a potentially helpful new vertigo treatment: the TRV chair.

She called physiotherapy using the TRV chair – as did the clinic’s physiotherapist and a Swedish professor researching the tool’s efficacy – game changing.

“I feel so thankful that it was only by fluke that I happened to be treated at this clinic,” she said.

The TRV chair has 360 degrees of movement around both the vertical and horizontal axes, as well as an adjustable counterweight to balance the chair and patient.

Patients wear black-out goggles so their eyes are unable to send any information to the brain, but the goggles are equipped with video so physiotherapists can monitor nystagmus, or the involuntary eye movement that results from vertigo.

Once patients are strapped in, physiotherapists rotate and move them through maneuvers to move the displaced calcium crystals in the patient’s inner ear.

“Sort of like those ball-in-the maze games you’re rolling around as a kid,” said Leading Edge physiotherapist Tayler Gray.

Throughout the treatment, he is watching his patient’s eye movement to know how to move the patient. 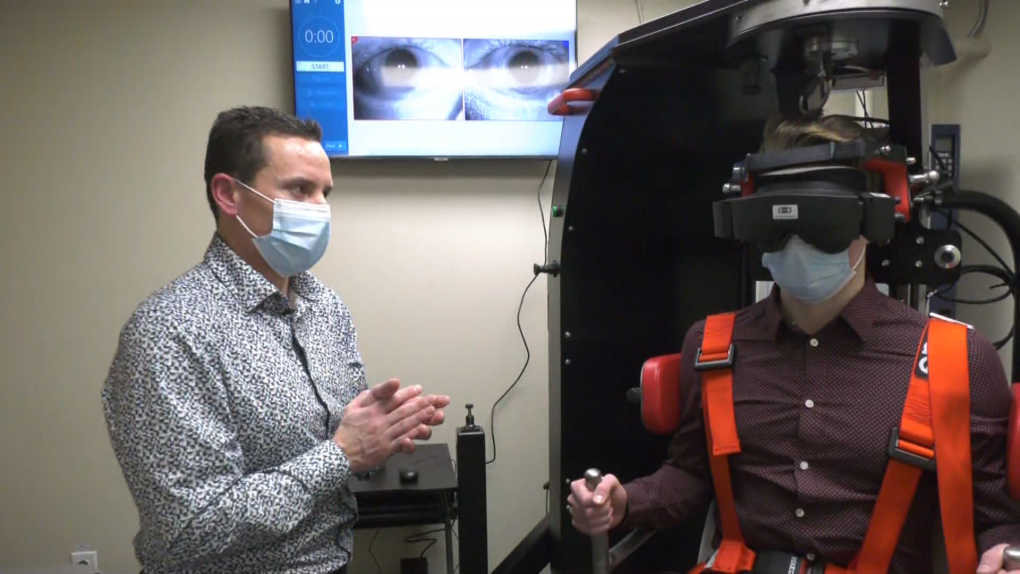 In this photo, a patient with vestibular issues is strapped into the TRV chair. The goggles prevent his eyes from sending any information to his brain during treatment, but are equipped with video so physiotherapist Tayler Gray, left, can monitor eye movement.

Not only does the chair let physiotherapists replicate the maneuvers that are traditionally done on a table with greater ease, it also increases the range and kind of motion therapists use, those who use the TRV chair say.

“We can actually do much quicker movements. We can add on a few extra treatment designs that you probably will see and that can have quite an impact and can release these small crystals,” said Lund University professor Måns Magnusson, who began studying using the TRV chair to treat vestibular issues in 2013.

“Many times [patients] have attempted different treatment techniques, even some of the ones we would normally find success with… but there are cases that just don’t respond or they’re not able to get into those positions required,” Gray added.

“A couple sessions on this particular device and it’s been resolved.”

‘NOW, I HANG UPSIDE DOWN’

The TRV chair was invented by Dr. Thomas Richard-Vitton in France in the early 2000s.

“When we started with this, I was a bit hesitant if this really would contribute that much to what we could do manually,” Magnusson admitted, speaking to CTV News Edmonton via Zoom from Sweden. “But it can and what it also turned out was that it’s a kind of diagnostic tool which let us better understand what part of the inner ear the problem is in and how we should go about to treat that.”

Over two decades, as word of success spread, so, too, did use of the TRV chair throughout Europe and slowly North America. However, Edmonton is home to Canada’s only TRV chair, Magnusson and Gray said.

“I foresee you will have more in the future,” Magnusson said with a smile, calling the chair’s results “ridiculous.” 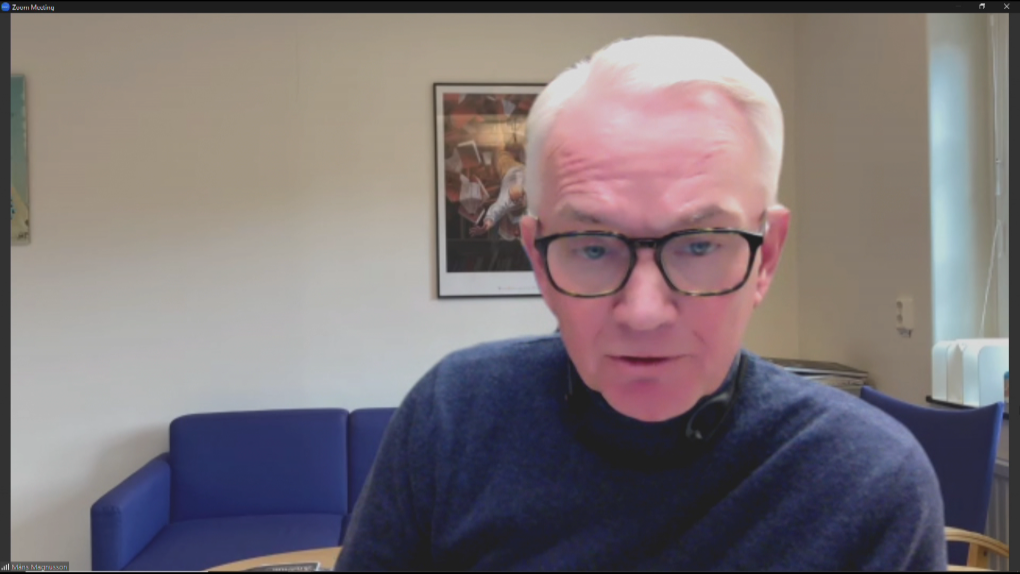 Lund University professor Måns Magnusson, who has spent about a decade studying the TRV chair, speaks to CTV News Edmonton on Jan. 12, 2023, from Sweden via Zoom.

“Once the word got out, we’ve definitely seen patients from across the country,” Gray echoed.

“The ones it is appropriate for, it can be a game changer for them.”

Currently, his clinic sees just under 100 people each week for dizziness and imbalance problems related to vertigo.

“That response is just incredibly satisfying, to know that we were able to bring this in to even help the small percentage of people that are that extreme.”

The chair has not only enabled Slobodian to recover lost mobility but a great deal of confidence.

“It is a little scary at first because you are getting moved around, and the idea, in a sense, is to trigger the vertigo so that they can look at your eye movements and see what course of treatment is best for you, but now, I hang upside down and have a little conversation with my therapist about how their day was.”

With files from CTV Edmonton’s Galen McDougall and Katie Chamberlain