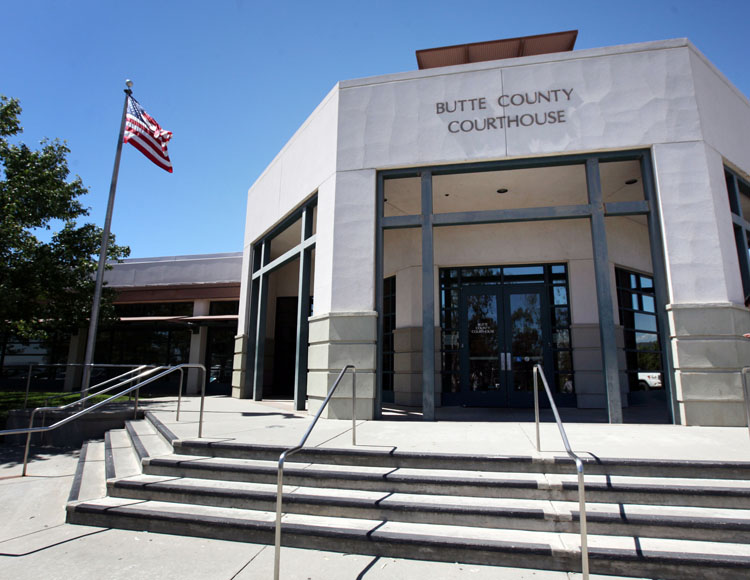 OROVILLE — A man who was convicted last month of fraud related to the 2018 Camp Fire had his sentencing delayed on Wednesday after he fired his attorney.

Kipp Ford, 40, who used to live in Gridley and Chico, was convicted last month of construction fraud, embezzlement, contracting without a license in a disaster zone, failing to appear in court and filing false documents with the court. Ford was due to be sentenced Wednesday, but his sentencing was continued after he fired his attorney, according to a press release from Butte County District Attorney Mike Ramsey.

Ford was found guilty on all charges following a six-day trial, according to the release. The DA also said that at the beginning of Wednesday’s sentencing hearing the defendant sought to fire his privately retained attorney Stephana Femino by alleging that a boyfriend of the attorney threatened him while the both of them were in jail.

Ford also alleged that his attorney was sharing confidential information with the boyfriend, which the defense attorney denied.

Femino was arrested outside the Butte County Courthouse on July 29 on suspicion of harboring her fugitive boyfriend, Adam Ashford, who was also a client. That case is set to return to Butte County Superior Court on Dec. 2 for further arraignment which could include a plea.

Ford’s case has been continued until Nov. 23 to allow Ford time to retain a new attorney. Ramsey said he expects the court to select a new sentencing date at that time.

Ford remains in Butte County Jail where he is being held without bail.