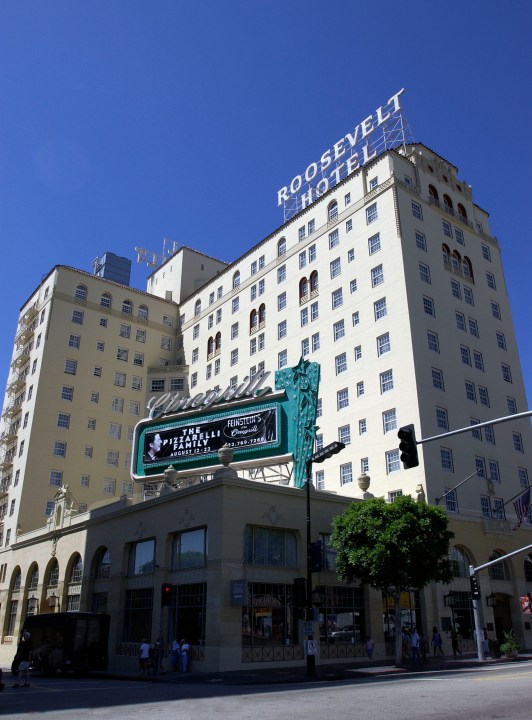 If you’ve got money and time for travel, California offers plenty of places to spook yourself during the Halloween season.

Nearly every town in the state has some allegedly haunted area, but a few locations in the state stand out. We collected a list of our top haunted houses and landmarks below for those who are brave enough to risk encountering spirits.

Guests can check into the glamorous hotel for a chance to see the rich and famous, dead or alive. Marilyn Monroe’s ghost has been rumored to frequent the upscale hotel from time to time.

One room attendant claimed to see Monroe’s face while cleaning the suite she stayed in, Amuse reported.

Others have reported hearing trumpet music coming from suite 928, where Montgomery Clift, an actor, used to practice his skills before his death in 1966.

Queen Mary, a retired trans-Atlantic vessel seen from Shoreline Village in Long Beach, may have ghost residents aboard.

The ship operated from 1936-1937, hosting members of high society for much of that time. More recently it was turned into an event space and local attraction,

The site previously hosted multiple ghost-themed events. According to Visit California, guests could take haunted tours on the ship during Halloween or stay in stateroom 8340 for overnight frights. But those offerings have been curtailed during the pandemic years.

In 1892, Kate Morgan checked into the Hotel del Coronado but never checked out. The 24-year-old stayed there for five days waiting for a visitor. After the mystery guest never came, Morgan took her own life.

Guests who have stayed in Morgan’s old room have reported seeing flickering lights, items moving on their own, sudden changes in the room temperature and mysterious voices and sounds, according to an account from the Hotel. Paranormal researchers say they have recorded supernatural activity in the room using high-tech equipment.

Despite that – or potentially as a result – that room is said to be the highest requested in the hotel.

Morgan’s last days are documented in the book “Beautiful Stranger: The Ghost of Kate Morgan and the Hotel del Coronado.”

According to Visit California, the Point Sur Lighthouse has been keeping the shore lit since 1869. Legend has it that the lighthouse’s original keeper was such a faithful employee he kept keeping watch even after his death.

According to the Point Sur website, moonlight lighthouse tours are held throughout the year.

The Winchester Mystery House, which started as an eight-bedroom farmhouse, was purchased and renovated by Sarah Winchester after her husband and daughter died.

The urban legend is that Winchester couldn’t cope with the death of her family, so she made a house that would keep the spirits away, though SF Gate has called that theory into question.

The house does transform into a haunted mansion for Halloween, but guests might find the labyrinth of rooms creepy any time of year.

This Gold Rush-era ghost town is an area frozen in time. The town in Mono County, located near the California and Nevada border, is rumored to have some permanent ghost residents.

Park visitors can see nails and broken dishware in the streets, but anyone who dares to take a memento home risks inflicting the curse of Bodie, according to legend.

This former reform school sure looks like the setting of a creepy Scooby-Doo episode. According to lore, the facility’s walls saw corporal punishments, toxic dunking baths and a murder.

Now the Preston Castle, located near Sacramento in Amador County, transforms into a haunted house during October each year.

Rumors say that this remote fort location – once home to Ulysses S. Grant – is home to the ghost of a deceased commander from the late 19th century. According to the Visit California website, the military official died in 1897 after contracting malaria, but his spirit never left. His ghost allegedly watches hikers through hospital windows as they stroll through the historic site.

Bumrah not yet officially ruled out of T20 World Cup: Rahul Dravid