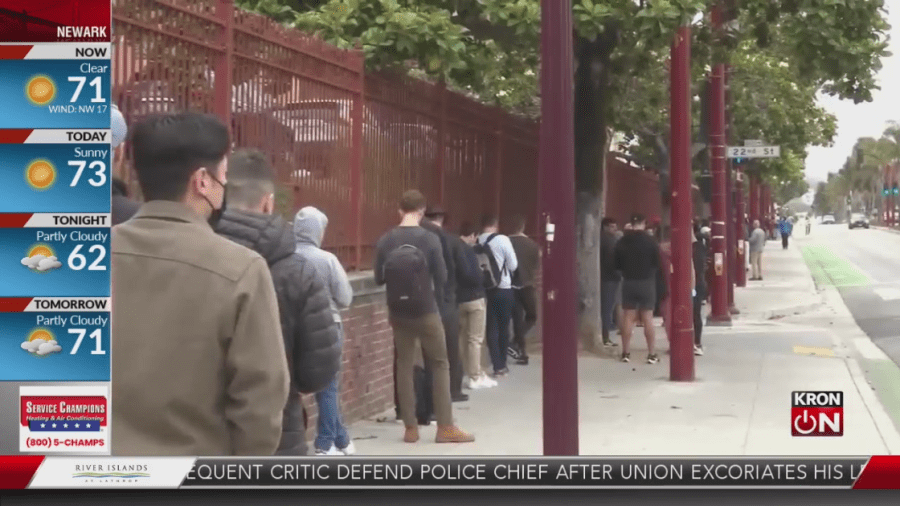 (KRON) – We’re finding out more about what it’s like for someone dealing with the pain of monkeypox. The California Department of Public Health gave an update Friday on their response to the virus.

With 786 probable and confirmed cases of the virus in the state, they’re adding more treatment options and requesting as many as 800,000 more vaccines from the federal government.

California is getting far fewer vaccines than it had asked for from the feds — around 72,000 doses. At the local level, that means long lines at vaccine clinics will continue to wrap around the block.

California Department of Public Health Director Dr. Tomas Aragon said he has sent a letter to the CDC, telling them more doses are needed.

The state’s public health officer says the current outbreak of monkeypox is being monitored and evaluated to decide if a state of emergency is necessary, 24 hours after Mayor London Breed declared a local public health emergency in San Francisco. Outbreaks of the virus have happened before, and Dr. Aragon shed some light on how a Central Africa strain and West Africa strain are impacting the current outbreak.

“From a genomic perspective the virus has changed and may be explaining why we’re seeing more human to human transmission,” he said.

John Pacheco spent 30 days in isolation at his San Francisco home, after testing positive for monkeypox. He had painful sores and lesions all over his body. He doesn’t understand why it’s taking so long for public health emergencies to be declared.

“We dragged our feet for that initial 60 days where it really would have been great if we had gotten on the ball and more of a response early so we wouldn’t be in the position that we are now,” he said.

Pacheco’s symptoms lessened after he was prescribed the drug TPOXX, which is now administered at more than 30 facilities and providers across the state.

“We’re leveraging a lot of the infrastructure that we built around COVID,” Aragon said. “So our ability to do case investigation, contact tracing, the vaccine registry.”

The California Department of Public Health has expanded testing to process more than 1,000 tests per week. Pacheco had to wait eight days for his test results while dealing with the physical and mental scars of Monkeypox.

“Just psychologically it’s unfortunate to have to grapple with that fear and doubt for so long,” he said.

Dr. Aragon says that so far 11 people have had to be hospitalized with monkeypox in the state, but the majority of visits were two days or less, and no deaths have been reported.