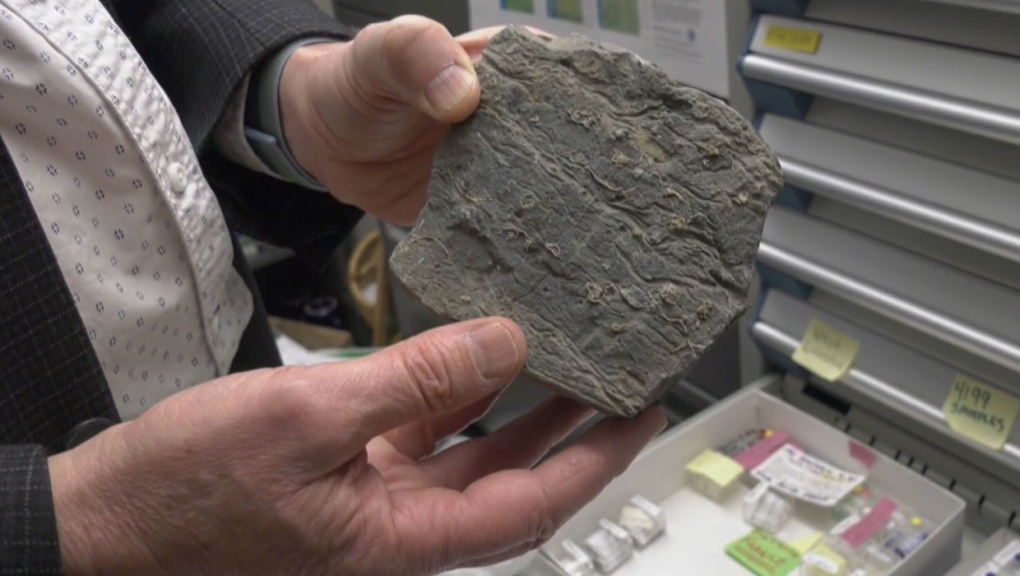 When a Calgary scientist examining fossils in Canada’s Burgess Shale region noticed that previous researchers had only just scratched the surface of the evolutionary record, he decided acid was a better bet.

However, it was his way of extracting the fossils from the rock that helped scientists learn more about the “peculiar animals.”

Officials say while other scientists split up the shale to locate the well-preserved but flat specimens, Johnston used acid to dissolve the limestone they were encased in.

“Most of the Burgess Shale is shale, but there are some layers of limestone and I could see that the shells had been replaced by silica and that gave me the idea to put the limestone in acid because I know that the silica shells are resistant to acid,” he told CTV News in an interview on Thursday.

“I could get them out as three-dimensional shells from this 505-million-year-old limestone.”

Prior to Johnston’s discovery, many researchers believed stenothecoids were an extinct group of the phylum Mollusca, which contains claims, snails and squid.

“The shell is kind of asymmetrical – it kind of has a ‘sway’ to it,” Johnston said. “It’s absolutely unique in the animal kingdom, so paleontologists were at a loss to figure out where on the evolutionary tree of life these creatures belong.

“Paleontologists thought they might be related to the phylum Brachiopoda, which are fairly rare in modern seas unless you live in New Zealand or Antarctica where they are still fairly common.”

The three-dimensional fossils helped Johnston identify some key features and place the shelled creatures where they belong to better illustrate how life evolved on Earth.

“They show a number of features that we don’t see in modern brachiopods or even other fossil brachiopods that we know of. This tells us about how life was evolving in the Cambrian Period – how the different forms of life were diversifying fairly quickly. We call this interval the Cambrian Explosion.”

Working with Dr. Michael Streng of Sweden’s Uppsala University, Johnston proposed the stenothecoids were an early off-shoot of Cambrian animals that led to the evolution of modern brachiopods.

Johnston says the stenothecoids can be compared to how bicycles evolved in modern society. At first, there were many different models of bicycles, but many of them failed and “went extinct.”

“Different evolutionary groups, like the brachiopoda, show a similar pattern where you get this big variety early in their evolution, a bunch of those go extinct and we end with a few basic lineages that survive.”

The fossils will reside in the collections of the Royal Tyrrell Museum in Drumheller, Alta. and the Royal Ontario Museum in Toronto.

Johnston and Streng’s study can be view in the journal Acta Palaeontologica Polonica.

This New São Paulo Hotel Is a Design Marvel

Nifty: MSCI rejig could be non-event; this stock may replace IOC in Nifty, says Edelweiss