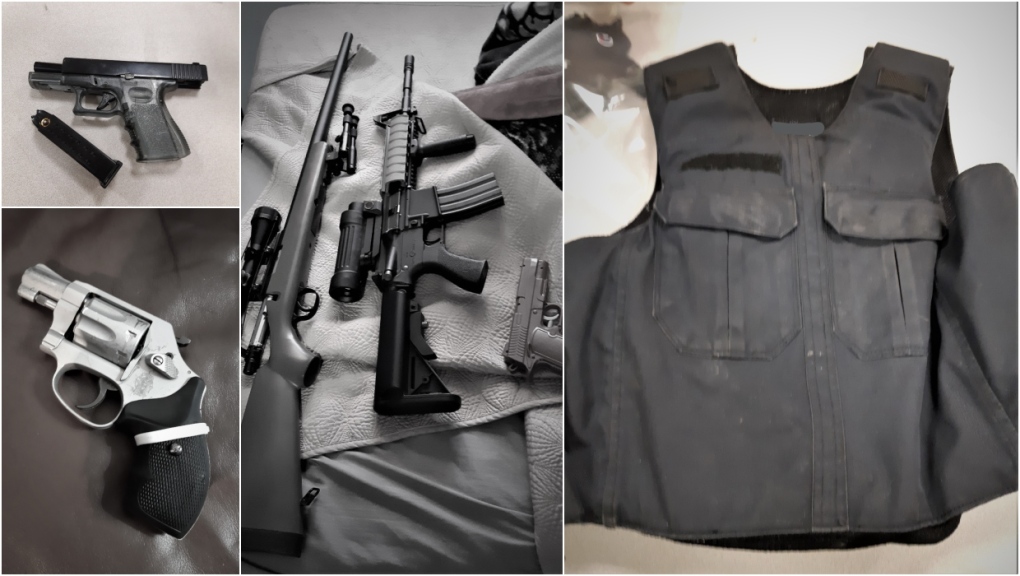 Calgary police say three people are facing charges after an attempted kidnapping earlier this month that saw shots fired in the Beltline.

Investigators say a man and woman were walking down the street when a different man got out of a vehicle, pointed a gun at the male pedestrian and demanded he get in the vehicle.

“A physical struggle ensued between the suspect and the victim, during which the gun was fired,” said police in a Thursday news release.

The pedestrian was able to break free and get away, receiving only minor injuries.

“This shooting took place on a busy downtown street, on a Friday morning,” said Staff Sgt. Kurt Jacobs. “We are incredibly thankful that no innocent bystanders were struck by the gunfire.”

Investigators think the attack is thought to be targeted, saying it’s believe the woman knew the gunman and another suspect involved.

Police investigating the attack executed search warrants at four homes on Tuesday at the residences in the following areas:

As a result, the following items were seized:

Calgary police display some of the items seized in their investigation into an attempted kidnapping in the Betline on Friday, Jan. 6, 2023.Malcolm Alfred Nedd, 48, and Alec John McLennan, 26, are facing more than a dozen charges each, including kidnapping and robbery with a firearm.

Tracey remains in custody and is scheduled to appear in court on Jan. 20.

“We take these matters very seriously and invested a number of resources to identify those involved in this violent offence, while removing illegal weapons from those who seek to cause harm,” said Jacobs.