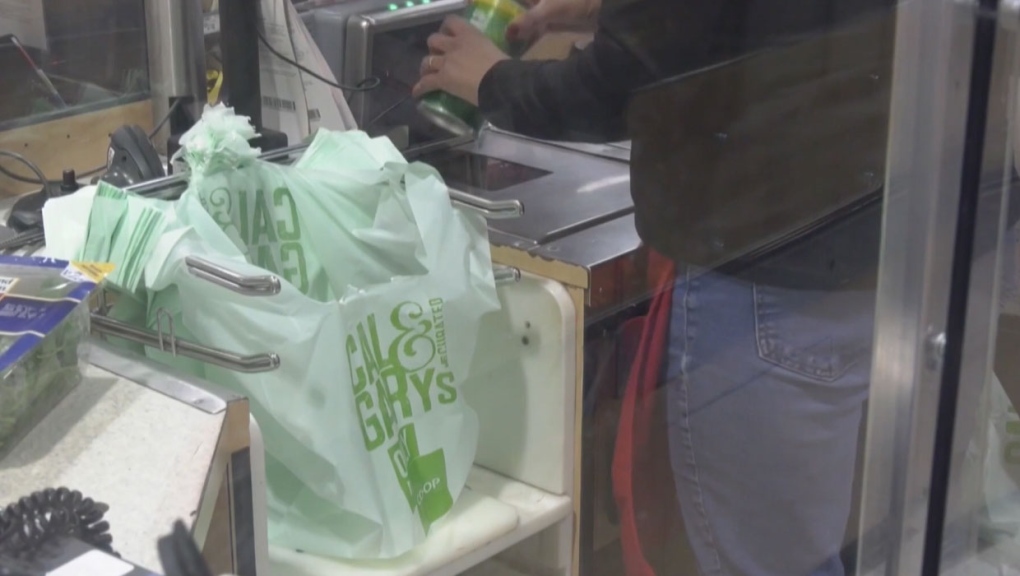 Calgary Co-op says they’re safe and so does the City of Calgary, but a federal government agency says bags the store hands out aren’t compostable.

Environment and Climate Change Canada (ECCC) told the chain that it should cease its practice of passing out the bags, citing concerns that they are “problematic” and “difficult to recycle.”

The decision on the grocery bags that Co-op has given out at checkout counters since 2019 also has shoppers upset.

“They are compostable. So I believe that we should be able to use them that way,” Theresa Johnston said on Tuesday.

“I don’t think the government should tell us that they should get rid of them.”

Fellow Co-op shopper Caitlyn Axworthy says she uses them as an alternative to compost bin liners after she gets home from the grocery store.

“So that’s a little sad to know that they’re actually going to tell them to get rid of them.”

Ken Keelor, Calgary Co-op’s CEO, is standing with his customers on the issue.

“Think about this – for three years you’ve come to Calgary Co-op and you were pleased to be able to buy your groceries and have them bagged in compostable bags.

“We communicated along with the city that you can use them in your green bin, and you’ve been doing that happily. And now all of a sudden, you can’t.”

He also feels that ECCC’s demand that he sells the compostable bags in packages on the shelf will confuse his customers.

“So you can buy them as bin liners off the shelf, but we can’t bag your groceries in them. We think that’s just a little unusual for our members and I think they’re going to have a hard time accepting it.”

On top of the customers being confused, it’s likely there may be employees with the City of Calgary who will be equally mystified.

Shannon Howland, program management lead at the City of Calgary’s Waste and Recycling Services, says the bags Co-op produces are safe for the environment.

She says they are “certified” to be used to package food waste that is deposited into Calgary’s green carts.

Meanwhile, plastic bags and “bio-degradable bags” are the city’s biggest problem when it comes to its food and waste recycling program.

“Plastic bags interfere with the composting process and break down into small pieces of plastic that will contaminate the finished compost,” Howland said.

“We encourage Calgarians to use only certified compostable bags in their green carts and to recycle plastic bags by bundling them together into a single plastic bag (don’t forget to tie it closed) and place in their blue carts.”

Keelor says the city has the equipment to break down the bags and the compost they contain without issue.

ECCC, in a statement issued to CTV News on Monday, said while the bags do provide some environmental benefit, there is “no significant evidence” they can fully decompose in the natural environment.

The agency says more research needs to be done on their environmental impact before a regulations on them can be changed.

Why Can’t Prince Harry Wear His Uniform to the Queen’s Funeral?