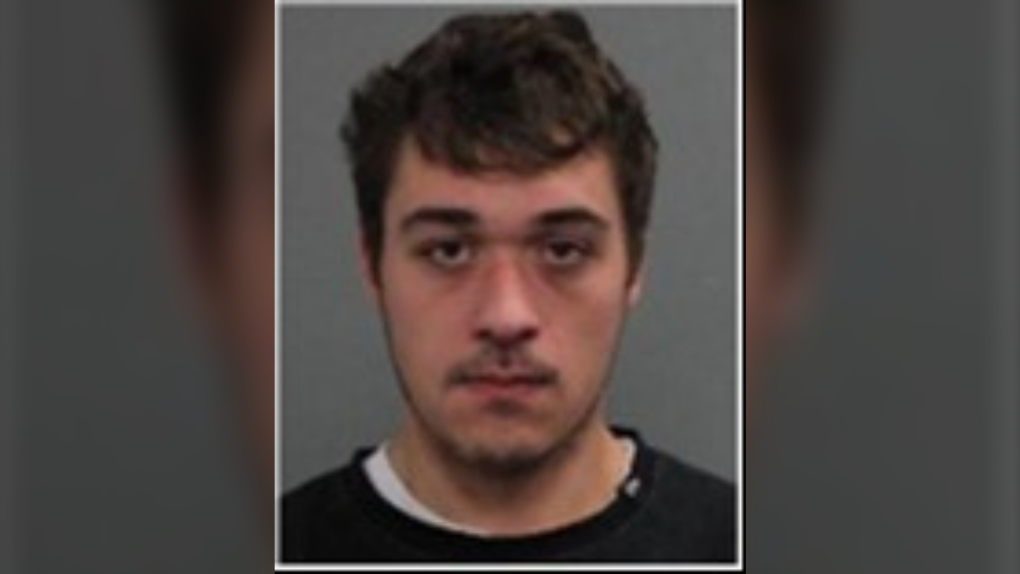 Ottawa police are asking for the public’s help locating two men wanted in connection with an incident in the ByWard Market in which several people were shot.

Three men were found with gunshot wounds at the scene, and police say two others may have also been injured in the incident. At least one person was treated in a hospital outside of Ottawa. None of the men’s injuries was considered life-threatening.

On Sunday, Ottawa police released a photo of a suspect.

Michael Meehan, 28, is wanted on charges of aggravated assault, carrying a concealed weapon, and four counts each of assault with a weapon and pointing a firearm.

Michael Meehan, 28, is wanted on charges of aggravated assault, carrying a concealed weapon, and four counts each of assault with a weapon and pointing a firearm. (Ottawa Police Service/handout)

Police say they haven’t found the gun that was used.

A second man, Tyler Meehan, 25, is also wanted on an assault charge in connection with the incident.

Anything with information regarding the whereabouts of these two men is asked to call the Guns and Gangs Unit at 613-236-1222, ext. 5050. Anonymous tips can be submitted by calling Crime Stoppers toll-free at 1-800-222-8477 or at crimestoppers.ca.

The Highest-Rated Mechanic Gloves in 2022 – Review by Autoblog Commerce

Can NetApp Resume Its Rally After Strong Earnings Guidance?