Buying an Xbox Series S on Black Friday? This is the ideal companion | Gaming | Entertainment 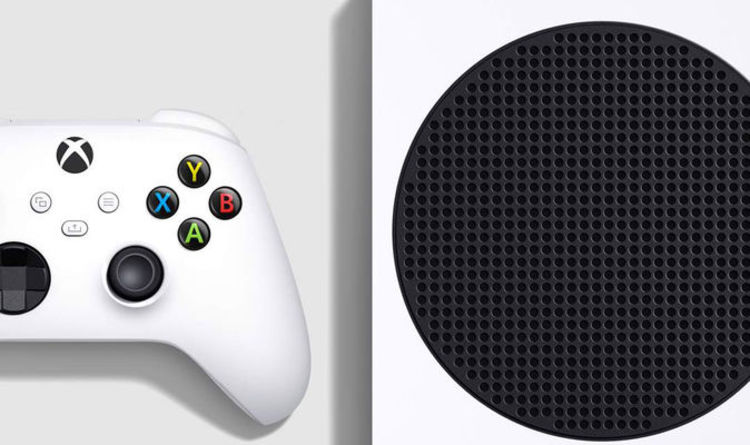 The Xbox Series S is a brilliant little console, offering next-gen gaming at an affordable price and in a cute packaging. And with the ongoing Xbox Series X stock shortages, if you want to play a next-gen version of games such as the recently released Forza Horizon 5 or the upcoming Halo Infinite as soon as possible then the Series S might be your best bet. And for the £249.99 you pay for the fun-sized console, you’ll get plenty of bang for your buck – with ground-breaking next-gen features such as ray tracing graphics and super-fast SSD load times at your disposal.

There is, however, one main drawback to owning an Xbox Series S over an Xbox Series X. And it’s not the S being less powerful than its elder sibling, as the Series X is built for 4K gaming while the Series S is meant for HD gaming. No, it’s the internal storage of the console – despite being a digital-only system, the Xbox Series S is only fitted with a 512GB SSD.

But that’s not including all the essential system files that come pre-loaded onto the system. Once that’s taken into account you’ll only have 364GB of space available to you.

Considering next-gen games such as Forza Horizon 5 and Microsoft Flight Simulator take up around 100GB each, that means your hard-drive could fill up pretty quickly.

If you don’t want to be constantly re-organising your internal storage, and want a decent selection of games at your disposal, there’s no two ways about it – you’ll have to get additional storage at some point.

There are a few options – you can get the Seagate Storage Expansion Card for the Series X and S.

This memory card-like device offers an extra 1TB of SSD storage. However, it’s got an RRP of £219.99 – almost the price of the Series S console itself.

Right now you can pick this Seagate expansion card up for £184.99 in the Amazon Black Friday sale, but that’s still a hefty amount to spend.

If you are looking to free-up storage on your Xbox Series S, but not break the bank, there is an alternate solution.

The Seagate Game Drive for Xbox offers a whopping 2TB of external storage and is available in the Amazon Black Friday sale for £58.99 right now (usual price £64.50).

And if you’re planning to download tonnes of games from Xbox Game Pass then this external hard-drive could be the perfect companion to your Series S.

You’ll be able to install Xbox One, Xbox 360 and original Xbox games on this external device and play them.

And, even on this external device, we found from our own testing that Microsoft’s Quick Resume feature – which lets you immediately jump in to a game from the last point you left off – is active.

Considering that’s been touted as a big benefit of the next-gen console’s SSDs, that’s something pretty special.

Sometimes Quick Resume, from our experience, can go a little haywire when running off the Seagate external drive.

We found this on EA games such as Need For Speed Heat when the game connect to servers to begin with.

But the fact it’s able to work at all on an external non-solid state hard-drive at all is a small miracle.

Being able to store and play Xbox One, 360 and OG Xbox games on this device will seriously save space of your Series S’s internal SSD.

However, there are a few things to point. Any games you play off this external drive won’t load as fast as having the games installed on your Series S, as you won’t get the benefit of the console’s SSD.

Plus, you won’t be able to play any Xbox Series X | S games that are installed on this external hard-drive.

These next-gen games require the console’s internal SSD (or the SSD-powered Seagate expansion card) to run.

But you can store Xbox Series X | S games on the Seagate external drive, and move them over to your Series S’s internal SSD when you want to play it.

This, of course, isn’t as convenient as being able to immediately jump in and play these games.

But considering the other option is spending over £120 more on the Seagate storage expansion card, this may be something you’re willing to live with given the money you’ll be saving.

Tickets are now on sale for EGX Birmingham 2022

Investigating who betrayed Anne Frank and her family to the…