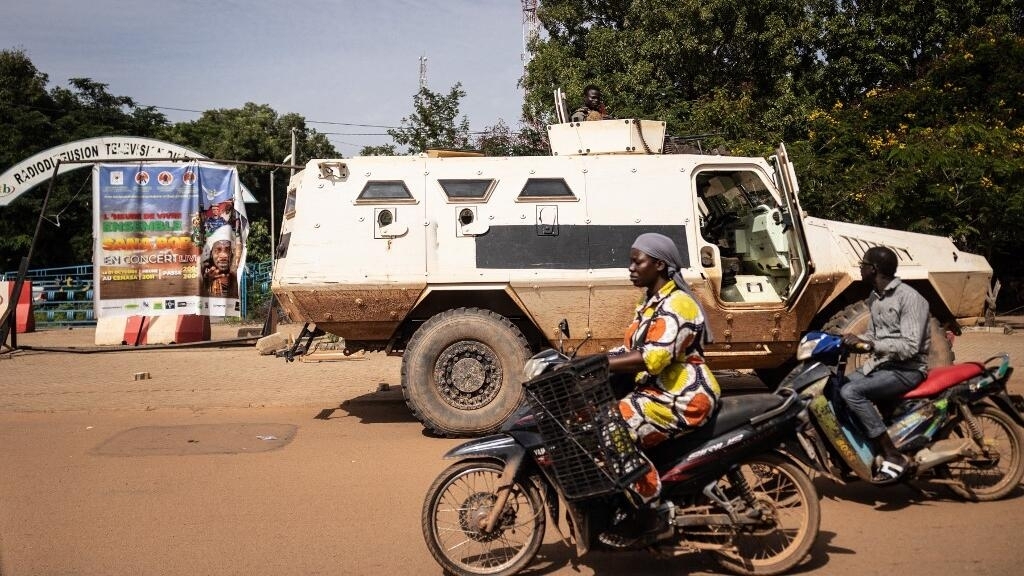 Burkina Faso awoke to fresh chaos Saturday, with the country facing its second coup in a year. Junta leader, Paul-Henri Sandaogo Damiba, was toppled by junior officers who accused him of failing to address the numerous jihadist attacks on the impoverished and restive West African nation.

Shopas have begun to open and traffic is resuming, but the presence of soldiers in armoured vehicles and pickup trucks can be felt in certain parts of this sprawling city.

The Economic Community of West African States regional bloc “condemned in the strongest possible terms” the latest seizure of power, calling it “inappropriate” at a time when real progress was being made towards constitutional order by July 1, 2024.

The AU said in a statement, “The chairperson calls upon the military to immediately and totally refrain from any acts of violence or threats to the civilian population, civil liberties, human rights,” and called for the restoration of the constitution by July 2024.

Burkina Faso’s former colonial ruler France told its citizens in Ouagadougou — believed to number between 4,000 and 5,000, to stay home — while the European Union expressed “concern” at the unfolding events.

The United States called “for a return to calm and restraint by all actors”.

Just before 8:00 pm (2000 GMT) on Friday, more than a dozen soldiers in fatigues appeared on the state television and radio broadcaster to announce the removal of the junta leader Damiba.

The new leader justified his action by stating, “Far from liberating the occupied territories, the once-peaceful areas have come under terrorist control.”

The new “regime” then suspended the constitution, sealed the borders, dissolved the transitional government and legislative assembly and brought in a curfew from 9:00 pm to 5:00 am.

In the north and east, towns have been blockaded by terrorists who have blown up bridges and attacked supply convoys.

As in bordering countries, insurgents affiliated with Al-Qaeda and the Islamic State group have stoked unrest.

Thousands have died and about two million have been displaced by the fighting since 2015 when the insurgency spread to Burkina Faso, which has since become the epicentre of the violence across the Sahel.

With much of the Sahel region battling a growing Islamist insurgency, the violence has prompted a series of coups in Mali, Guinea and Chad since 2020.

In January, Damiba installed himself as leader of the country of 16 million after accusing elected President Roch Marc Christian Kabore of failing to beat back the jihadists.

Damiba’s fate currently remains unknown and it appears his followers are trying to cover-up the chaos.

Damiba’s Patriotic Movement for Preservation and Restoration (MPSR) claimed earlier on Friday that there was an “internal crisis in the army” prompting troop deployments in key areas of the capital.

Earlier this week, suspected jihadists attacked a convoy carrying supplies to the town of Djibo in the north of the country. The government said 11 soldiers died and around 50 civilians were missing.

Here’s what Kriti Sanon has to say about her dating…

One dead in fire at Oakland home Tuesday