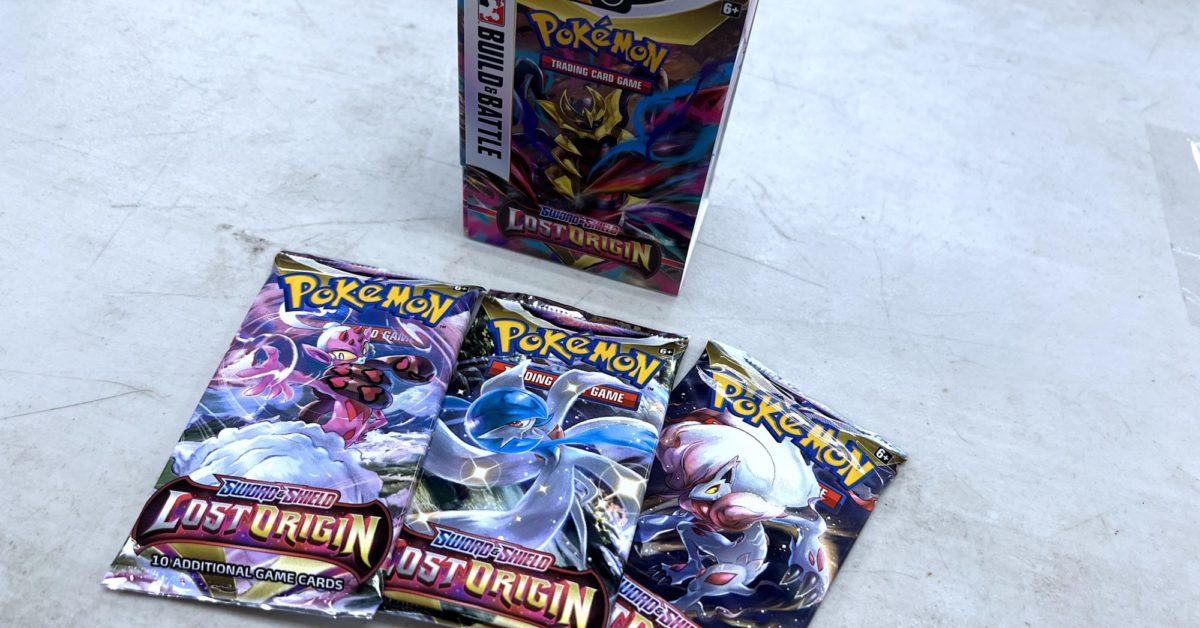 The Pokémon TCG has released Build & Battle pre-release kits for Sword & Shield – Lost Origin. This past weekend, I went to a pre-release event at Brothers Grim Games and Collectibles in Selden to get my hands on some booster packs before the set’s official street date. Let’s see what collectors and players alike can get from opening a Build & Battle kit.

First up, note that I was able to get three extra booster packs of Sword & Shield – Lost Origin with my Build & Battle kit. Not all stores offer the extra packs during Pokémon TCG pre-release events, so I greatly appreciated the extra chance at pulling something great.

First, I cracked the loose packs. The first pack offered a Giratina V, which I was happy to pull as Origin Forme Giratina is the main set mascot for this latest expansion. The other two packs had non-holographic rares. I moved on to the Build & Battle box.

I’ve had terrific Build & Battle boxes, and I’ve had terrible ones… but this is the best hit rate I’ve ever seen in this product during a Pokémon TCG pre-release event. Generally, I’ll hope for one Ultra Rare or above in a Build & Battle box, but instead, I got a hit in every pack, with one being a Full Art and one being a Secret Rare! Not even a full booster box guarantees a Secret Rare, so to get these was a major win.

I pulled the Hisuian Electrode V Full Art first, followed directly by the Secret Rare Dark Patch Gold. That’s a hell of a one-two punch. The next pack had the Radiant Steelix in the reverse slot and a regular rare behind it. Finally, the last pack at a holo hit with Machamp.

Overall, while these boxes are hit-and-miss, this goes to show just how hot you can hit due to the random nature of the packs here.