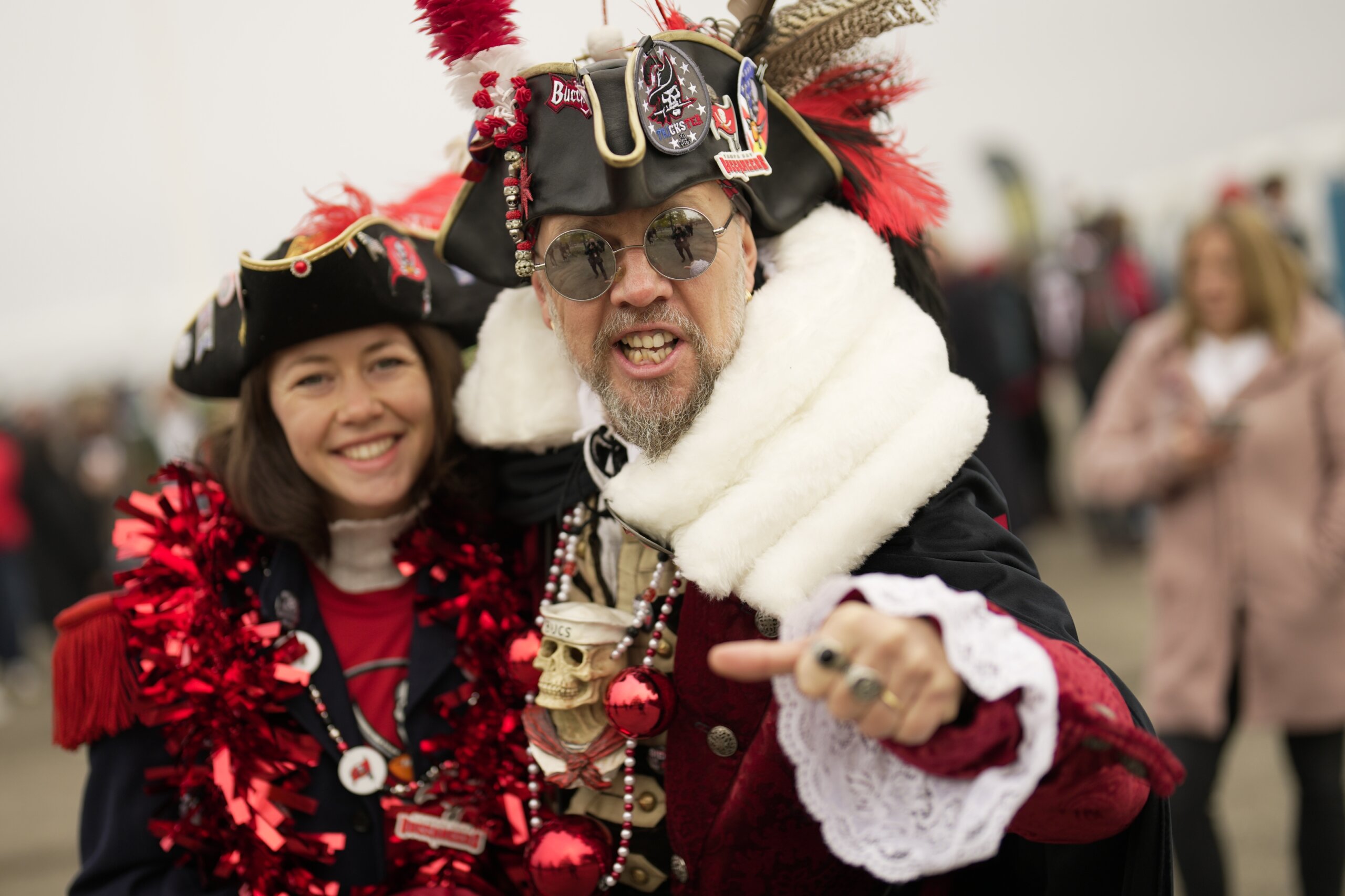 MUNICH (AP) — Even in defeat, Seahawks coach Pete Carroll could recognize the special experience of participating in the NFL’s…

MUNICH (AP) — Even in defeat, Seahawks coach Pete Carroll could recognize the special experience of participating in the NFL’s first regular-season game in Germany.

Seattle and the Tampa Bay Buccaneers got a Bavarian welcome both in the days leading up to the game and during it, highlighted by an energetic capacity crowd of 69,811 at Allianz Arena singing together in the final minutes of the game and afterward.

The Buccaneers beat the Seahawks 21-16, but both sides seemed to appreciate the historic nature of the event.

“What a spectacle. This is an unforgettable occurrence,” Carroll said.

Fans sang “Sweet Caroline” and “Take Me Home, Country Roads” toward the end of the game, and stayed to sing some more afterward.

German fans have been waiting for years to get a game — they might get more soon, considering the success of this experience — after watching London host since 2007.

“I’ve never been in a stadium where a crowd was so much in unison and connected like they were,” Carroll said. “We’ve been in loud stadiums and really louder maybe even, but never where everybody — how do they do that? I don’t know how they sing exactly the same like that, but it was really a spectacle.”

Bucs coach Todd Bowles noted that there were “a lot of Seahawks fans here,” which was true in the days leading up to the game as well.

“The crowd was electric. I thought the German fans were outstanding, and it’s a great place to play,” Bowles said.

Bucs wide receiver Julio Jones goes down as having scored the first touchdown in Germany on a 31-yard scoring play in the second quarter.

“I loved the energy here in Germany, the fans. They were amazing,” Jones said. “I loved the way they chanted, they stayed together in unison.”

Bucs quarterback Tom Brady improved to 4-0 abroad after winning twice in London and once in Mexico City with the New England Patriots.

“I’ve played at Wembley twice. I played in Estadio Azteca in Mexico, which was another amazing experience, and this is as good as it gets,” said Brady, who was gifted lederhosen on Friday by a German broadcaster.

Both teams practiced at the facilities of Bayern Munich and played in the soccer club’s stadium Sunday. Bayern stars Thomas Müller, Jamal Musiala, Serge Gnabry, Leroy Sané and Alphonso Davies were all on hand for the game.

“(I) have a great appreciation for sports, what they do, how they bring people together, and I think this was another indication of that,” Brady said.

“I’m sure there might be a few guys looking for some beer on the way out to the airport,” Brady said.

Speaking of beer, some fans were disappointed not to find any for sale at the NFL’s pregame fan fest outside the stadium.

The NFL sold plenty of merchandise at its festival and vendors offered coffee, soft drinks and water, but thirsty fans had to wait to get inside the stadium to buy beer.

Some fans had brought beer with them to the fan fest, where activities included kicking field goals and throwing footballs. Others went to an adjacent area, bought beers and returned.

“We will never give up,” Stelzer said. “We will now look for it. Behind this parking garage there is a little shop where we can buy beer.”

The NFL said in a statement: “Consistent with standard stadium protocol there are no beer sales outside of the Allianz Arena.”

Tailgating or gathering on an esplanade outside a stadium before a game isn’t done here. German soccer fans who drink beer do so in bars in city centers and then travel together to the stadium by train.

But some fans such as Stelzer, who attended a Michigan home game against Colorado State in September, assumed he and his friends would have beer options.

Seahawks fan Don Wood, who came to Munich from the state of Washington with his wife and several other friends, was also surprised.

“We want beer right now, it’s very strange. In the U.S., you’d get big complaints about that,” Wood said a few hours before kickoff.

American Teddy Rieke, who traveled with Wood and others from Washington, added: “Makes sense… be sober heading in.”