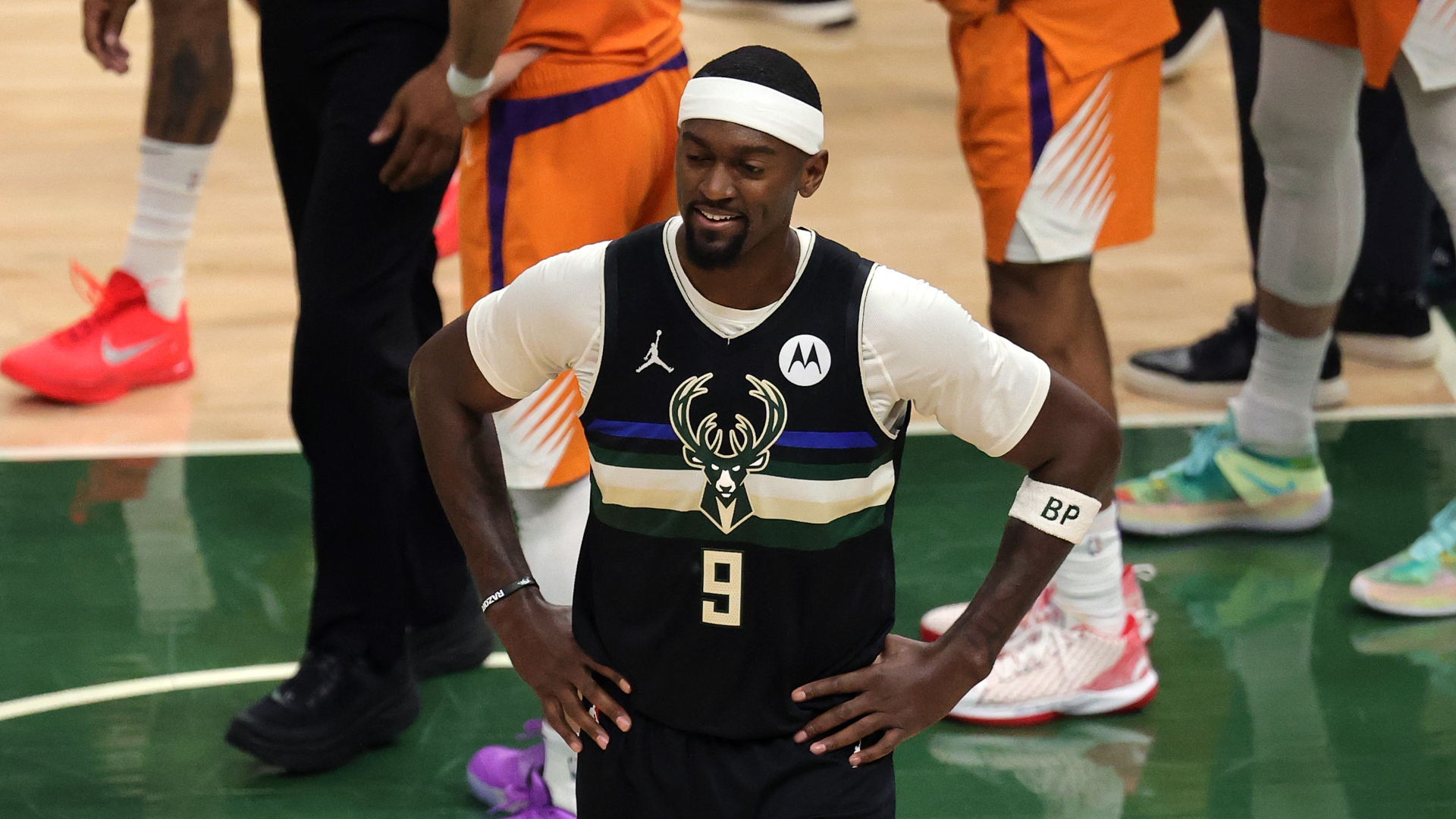 Bobby Portis became an instant meme in the Bucks’ Game 6 win over the Suns on Tuesday after a couple questionable calls from officials.

The first of those calls came in the third quarter, as Portis was called for a personal foul with seemingly perfect defense against Devin Booker:

That, of course, led to this beautiful reaction:

That wasn’t the last time Portis was the recipient of a questionable foul. It happened again in the fourth quarter, this time in defense of Jae Crowder, prompting Portis to sprint the court and draw a technical foul in the process:

Prior to that foul, Portis was also seen keeping Suns point guard Chris Paul from getting into a verbal altercation with official Scott Foster — the two have a history — after officials ruled the ball out on Phoenix. Naturally, that was yet another meme-able moment for the sixth-year veteran:

Portis got to take centerstage one last time in the postgame celebration after he was called up to the front of the team by Jrue Holiday. Portis discussed what the NBA Finals victory meant for him, especially since it was his first year in Milwaukee:

“It means the world. For 10 months straight, I was just working out, real depressed, real down on myself for not being invited to the (NBA bubble) with my team,” Portis told ESPN courtside reporter Malika Andrews. “I found peace again. I found peace again in my life.”

Naturally, Portis finished his night off by starting a “Let’s go Bucks” chant. Apart from those moments, Portis also had a pretty good game: 16 points and three rebounds off the bench, plus his first-ever NBA Finals victory. Not a bad night’s work, all told.