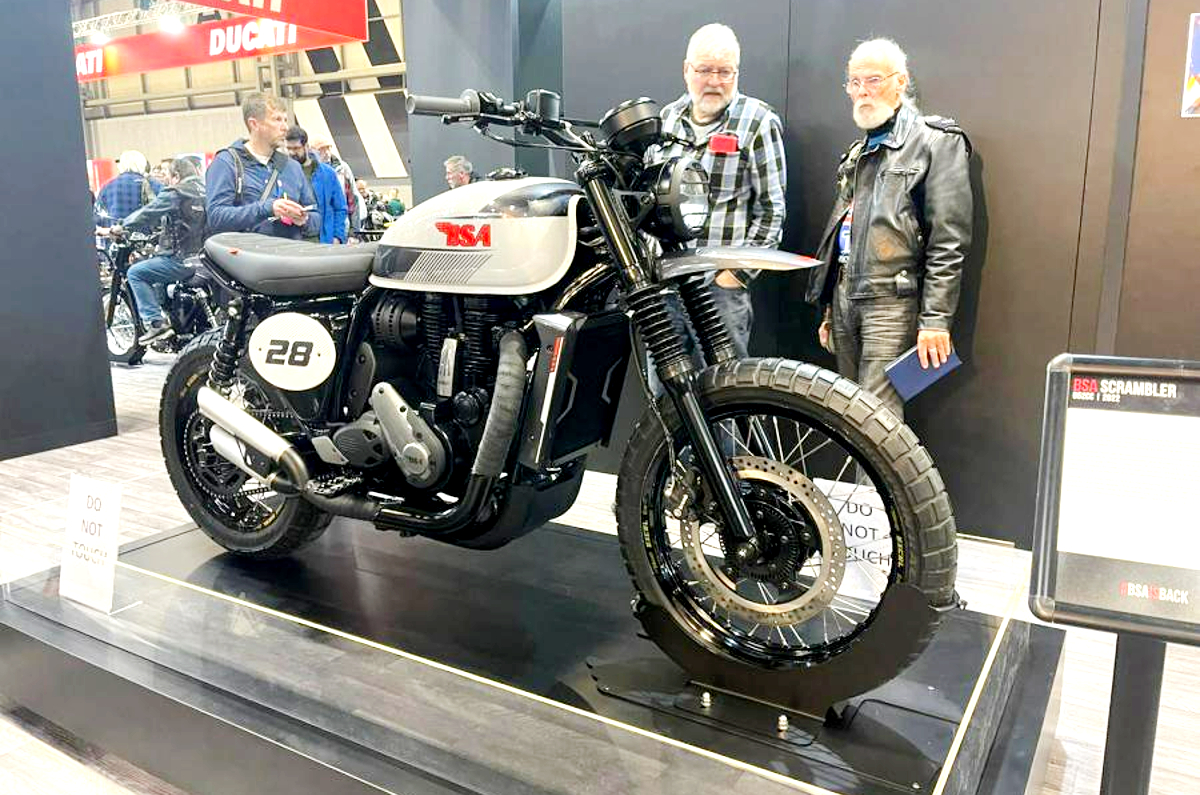 As is expected of a scrambler, the bike features different suspension and dual-purpose tyres.

BSA has hit the nail on the head with its Scrambler concept, at least in terms of looks. With elements such as a front beak, fork gaiters, custom exhaust and a minimalistic rear fender, the bike looks particularly good while maintaining a ruggedness to it. The Scrambler is finished in a bespoke paint scheme with a red BSA logo and highlights on a grey base. The side panels have been altered as well, with a round racing plate featuring the number 28 sitting atop the Gold Star’s triangular section.

The bike shares its blacked-out engine with the road-going BSA Gold Star 650, although the exhaust system is entirely new with a wrapped header exiting the big single-cylinder mill culminating in a stubby slash-cut twin-exit exhaust. The suspension hardware has undergone a significant overhaul as well, with what are likely longer-travel units at either end. While the suspension hardware is significantly different, no details have yet been revealed regarding the travel figures.

Ergonomics also appear to have changed with a braced-higher handlebar and grippier off-road footpegs replacing the Gold Star’s road-biased units. While the flat bench seat looks to be big enough for two, the passenger footpegs are absent, indicating that this is still very much a concept and far removed from a production-spec bike. Pirelli Scorpion Rally STR dual-purpose rubber replaces the Pirelli Phantom Sportscomp rubber found on the Gold Star.

With BSA still not having revealed any plans to enter the Indian market, we still have to bide our time before getting a closer look at the Gold Star 650 or any future models from the historic British brand. If this bike were to go into production, it would rival the upcoming Royal Enfield 650cc Scrambler which has been spied testing both overseas and in India.

Do you think BSA will put the Scrambler into production? Let us know in the comments section below.

Are Jacob and Jill Together Now?

Detective Comics 2022 Annual #1 Preview: Blast from the Past

Top 10 vegan faves in the Metro