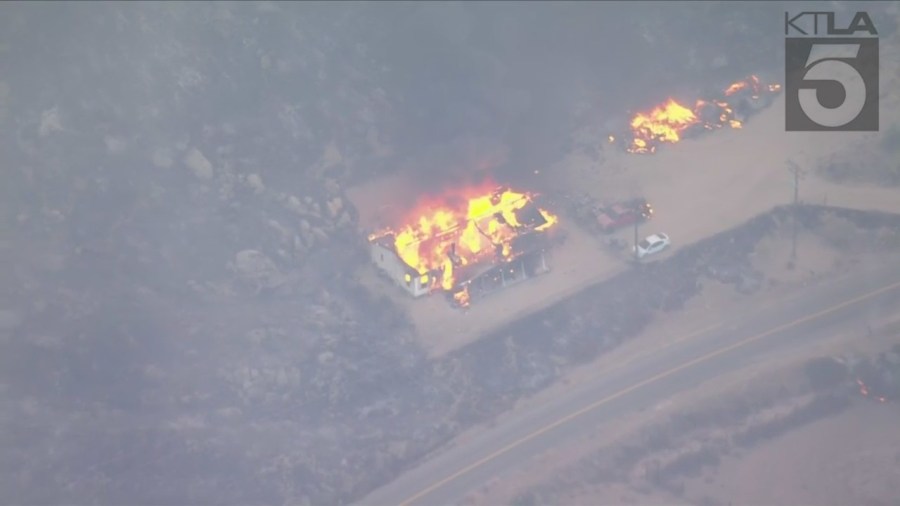 Firefighters in Riverside County battled a rapidly spreading brush fire in Hemet that destroyed several homes and forced the evacuation of many others in the southeast part of the city.

The “Fairview Fire” had burned approximately 500 acres around Fairview Ave. and Bautista Canyon Road as of 5 p.m. Monday, according to Cal Fire.

Evacuations were ordered for approximately 1,500 homes south of Stetson Avenue, north of Cactus Valley Road, and east of State Street.

An evacuation center was established at Tahquitz High School at 4425 Titan Trail.

Helicopters and planes were battling the fire from above as ground crews attempted to protect structures and dig containment lines below.

Fire crews are contending with not only the challenging terrain, smoke, and flames, but also triple-digit heat. The mercury reached 105 degrees in Hemet Monday afternoon.