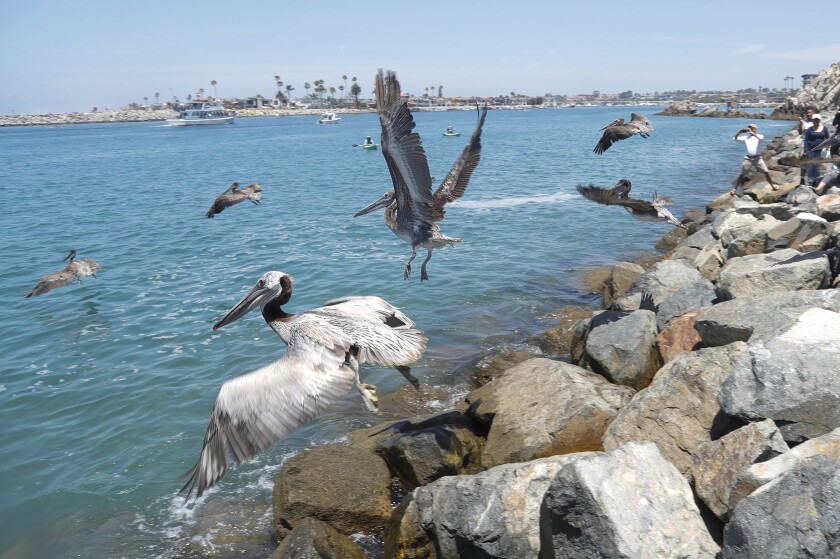 Emerging from a handful of carriers and with the encouragement of staff from Huntington Beach’s nonprofit Wetlands and Wildlife Care Center, a dozen brown pelicans spread their wings and took off beneath a bright blue sky at Corona del Mar State Beach in Newport Beach on Friday afternoon.

The Wetlands and Wildlife Care Center said in a news release that the birds were victims of what appears to be a mass stranding event that occurred along the Southern California coastline. The reasons for thousands of birds being beached are unclear, but several of the pelicans needed sheltering at local wildlife care centers earlier this spring.

Early investigations by the California Department of Fish and Wildlife in May suggest that numerous pelicans died of starvation as opposed to disease or unusual parasites, though state officials have not officially confirmed what the underlying cause is.

An unspecified number of other pelicans has not yet been released as the center said many came with secondary problems, such as those with fishing gear injuries and skeletal abnormalities.

California brown pelicans were considered endangered in 1970, but the population has rebounded, and the species was removed from the endangered species list in 2009.

Nguyen is a staff writer with Times Community News.