Britain to see 80% spike in energy bills as crisis worsens 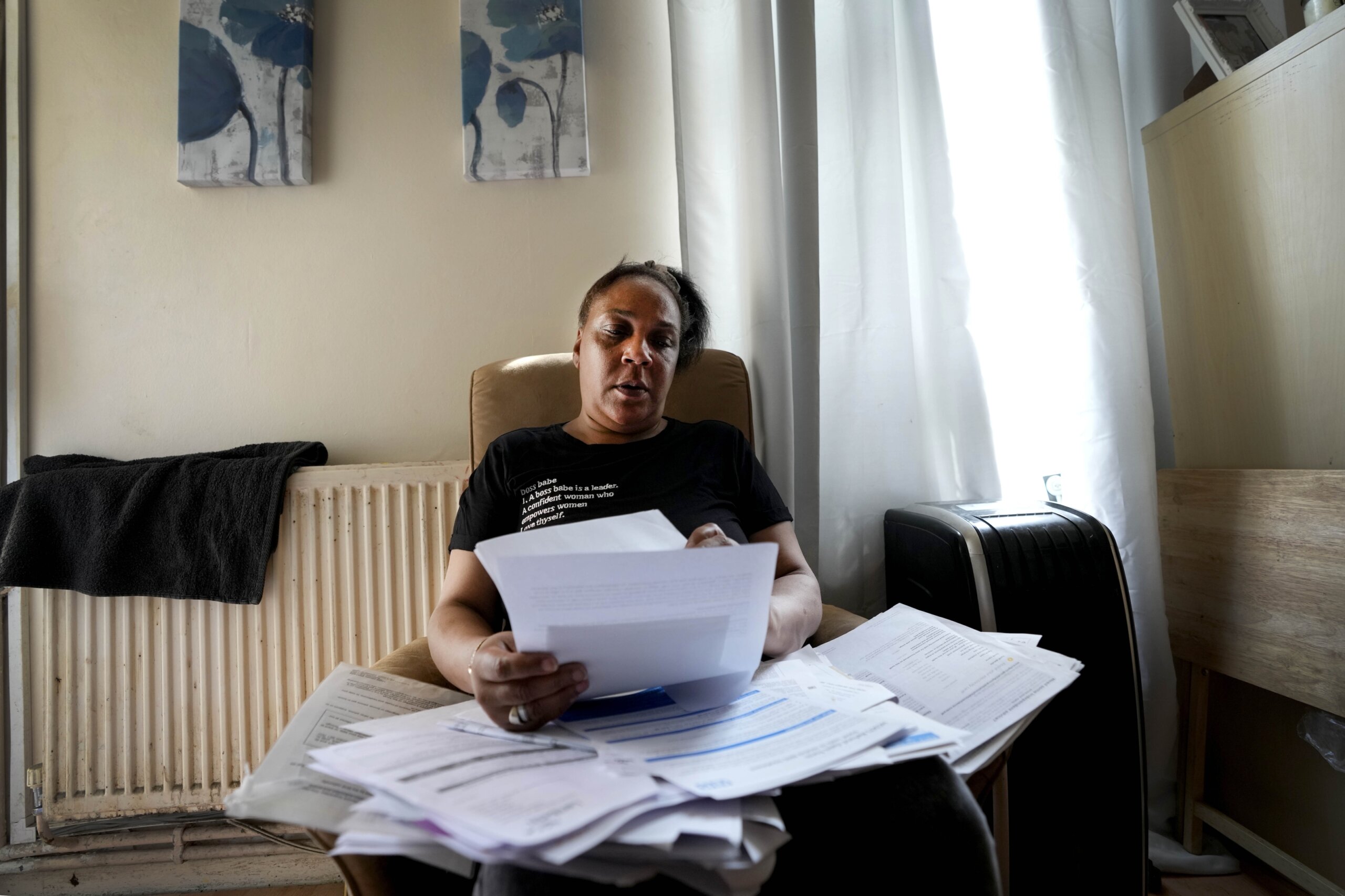 LONDON (AP) — Jennifer Jones keeps feeding money into her energy meter, but it never seems to be enough. And when she can’t pay, she feels the impact immediately.

The power in her London home has gone off suddenly three times recently, once when her partner was cooking an egg.

Like millions of people, Jones, 54, is struggling to cope as energy and food prices skyrocket during Britain’s worst cost-of-living crisis in a generation. The former school supervisor has health problems and relies on government benefits to get by, but her welfare payments are nowhere near enough to cover her sharply rising bills.

“I’ve always struggled, but not as much,” she said. “Everything is going up. I can’t even pay my rent, my council tax, I can’t afford to do anything. … I keep asking myself, what am I supposed to do?”

And things are getting worse. U.K. residents will see an additional 80% increase in their annual household energy bills, the country’s energy regulator announced Friday, following a record 54% spike in April. That will bring costs for the average customer from 1,971 pounds ($2,332) a year to 3,549 pounds.

The latest price cap — the maximum amount that gas suppliers can charge customers per unit of energy — will take effect Oct. 1, just as the cold months set in. And bills are expected to rise again in January to 4,000 pounds.

To blame for the increase is the soaring price of wholesale natural gas triggered by Russia’s war in Ukraine, which is driving up consumer prices and roiling economies across Europe that rely on the fuel for heating homes and generating electricity.

That includes the United Kingdom, which has the highest inflation rate among the Group of Seven wealthiest democracies and seen disruptive strikes for months as workers push for pay to keep pace with the increasingly expensive cost of living.

The energy increases, together with rapidly rising food costs, are expected to push inflation above the 40-year high of 10.1% recorded in July and trigger a recession later this year, the Bank of England has predicted. Charities, public health leaders and even energy firms warn of catastrophic effects on poorer people already struggling to afford essentials as wages lag behind.

Jon Taylor, who helps Jones and others at debt counseling charity Christians Against Poverty, said growing numbers of people who have never had debt problems are turning to the group’s helpline.

“What I’m seeing a lot of at the moment is personal tragedies, losing loved ones, emotional health problems,” he said. “The pressure of not knowing how to pay the next bill or having enough food to survive just accentuates whatever they’re already going through.”

About 1 million low-income households have had to take on new or extra debt to cover an essential bill, according to a May study by the Joseph Rowntree Foundation, a nonprofit focusing on U.K. poverty.

The drop in living standards is “of a scale we haven’t seen for many decades,” said Rebecca McDonald, the charity’s chief economist. “It really warrants big and creative national policy interventions in order to prevent what is a difficult year becoming essentially a catastrophe for many low-income families.”

Britain’s Conservative government is under heavy pressure to do more to help people and businesses — and fast. Authorities have said they’re sending around 1,200 pounds to low-income people. Every household, no matter their financial situation, will get 400 pounds off their energy bills this winter.

Many say that financial support needs to be doubled — at least —and some have called for an immediate freeze on the amount that suppliers can charge for energy. The opposition Labour Party has called for an extension of the government’s temporary tax on the windfall profits of oil and gas companies to help pay for relief.

But the government has said no further measures will be announced until the Conservative Party announces a new leader to replace Boris Johnson on Sept. 5. Neither Liz Truss nor Rishi Sunak, the two politicians vying to become the next prime minister, appear to support taxing energy giants.

Unions across multiple key sectors have reacted by going on strike to demand pay raises that keep pace with inflation. A series of national rail strikes have brought the U.K. train network to a standstill during peak travel days this summer, and postal and port workers, garbage collectors and lawyers have all staged walkouts over pay disputes.

Meanwhile, a grassroots movement called “Don’t Pay” is campaigning to gather 1 million people who will commit to not paying their energy bills on Oct. 1 if the price hike goes ahead. The group is hoping that mass nonpayment will force energy firms to end the crisis.

“Everyone we speak to thinks that the price increases we’ve seen and are going to be seeing on Oct. 1 are beyond a joke and will push people to the edge,” said Jeffrey James, one of the campaign’s organizers.

“We are being forced into poverty, whilst others who are already in poverty will be forced into a life-or-death situation this winter,” he added. “That is the level of discontent and despair we are talking about.”

Here’s Everything Coming to Netflix the Week of Jan. 30,…

Why Age Is the Most Overlooked Piece of the Diversity Puzzle