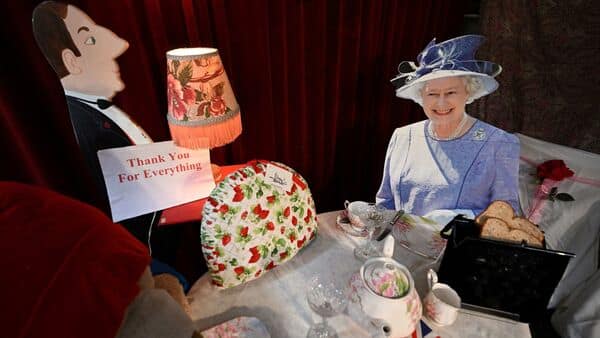 Following Queen Elizabeth II death at the age of 96 on Thursday, several sporting events in Britain were called off as a mark of respect to the Queen.

BMW PGA Championship golf event, reacting to the announcement of the queen’s death, immediately suspended play while many players were still out on the course at Wentworth and the course and practice facilities will be closed on Friday.

The England and Wales Cricket Board called off Friday’s play of the Second test match between England and South Africa while not commenting on the future of the test match.

Similarly, cycling’s Tour of Britain Gonzalo Serrano, who led the race on Wednesday, as the winner while canceling Friday’s stage as well as two more slated for the weekends and Domestic rugby matches in England and Scotland were called off which will not be played over the weekends as well.

The Premier League says it was “deeply saddened” to hear about the queen’s death while not confirming if the games would go ahead this weekend or not. Meanwhile, the English Football League, which runs three divisions below the Premier League, called off its games scheduled for Friday evening while not taking a call on coming weekend matches.

At the Manchester United and Real Sociedad Europa League game at Old Trafford, hours after the queen’s death, both teams wore black armbands and the flags at the stadium were lowered to half-staff as a sign of respect.

U.S. Open women’s semifinal match also went on as planned on Thursday night where Ons Jabeur won over Caroline Garcia in straight sets. A moment of silence was held before the match in the memory of the Queen. The announcer for the match said, “We would like to pause to remember Queen Elizabeth II… Our thoughts are with the people today of the United Kingdom. Remember to be part of us in a second of silence.”

While Rafael Nadal offered his “most respectful, sincere and deepest condolences”, former television commentator Gary Lineke Tweeted paying his condolences to the queen.

He wrote, “Such a terribly sad day. A truly remarkable woman who served her country with dignity, loyalty and grace. A comforting ever present in the lives of most of us. Rest In Peace, Your Majesty.”

With inputs from AP

Denial of responsibility! My droll is an automatic aggregator of the all world’s media. In each content, the hyperlink to the primary source is specified. All trademarks belong to their rightful owners, all materials to their authors. If you are the owner of the content and do not want us to publish your materials, please contact us by email – [email protected]. The content will be deleted within 24 hours.
BritainEnglandqueen elizabeth ii deadsports events englanduk
0
Share

Many Young Kids With COVID Show No Symptoms of the Disease