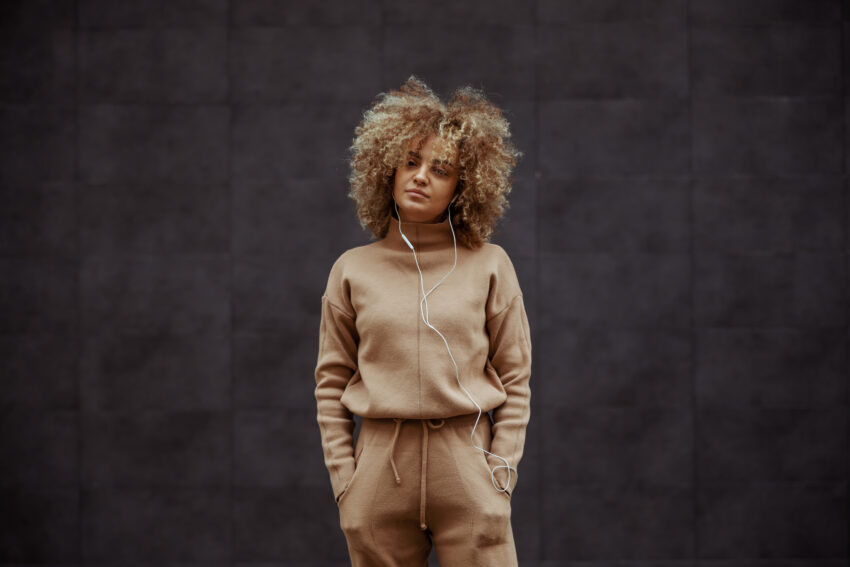 They were some of the staples of the pandemic years. But now velour tracksuits, jigsaw puzzles and wall-mounted desks have fallen out of favour with British shoppers, as they put the lockdown lifestyle behind them.

The annual John Lewis sales figures suggest customers are “casting off the trappings of a life in lockdown” with sales of loungewear velour tracksuits falling by 50 per cent.

Purchases of non-wired bras are down by a third and wall-mounted desks have been removed from sale altogether, as “we reclaimed our homes and left the office at the office”.

The retailer’s annual How We Shop, Live And Look report suggests that households have had enough of jigsaws, with sales down 68 per cent on last year.

In an indication that people are returning to eat lunch outside the home, sales of soup makers fell by 12 per cent and bread bins were down 42 per cent. In contrast, sales of commute-ready laptop bags rose by 20 per cent and travel mugs by 65 per cent.

Meanwhile, sales of occasion hats were up 168 per cent as customers attended weddings and other social events again.

Ironing board sales were up 19 per cent and the retailer saw sales of perfume increase by 24 per cent.

All suggest that customers have been venturing out after two years of pandemic retreat.

Spending on clothing has also reflected the shift towards hybrid working, with consumers dressing for the “Tuesdays, Wednesdays and Thursdays” office routine. Sales of women’s blazers have risen 75 per cent and men’s suits are up 60 per cent.

Sales of desktop PCs and headsets have both tripled, meanwhile, as well as demand for coffee grinders and accessories.

A John Lewis spokesman said: “This year we’ve seen a profound shift in shopping behaviour. Customers have enjoyed the return of travel, part-time office working and in-store shopping. But our in-depth analysis has shown that the combination of living in an always-on digital world and the societal shift accelerated by Covid have cemented our appreciation of the everyday.

“Shoppers are still wanting products to help them make the most of everyday moments such as having family and friends over for dinner and prioritising their wellbeing.”

Consumers flummoxed the retailer by buying seven times more sheepskin Ugg boots than last year, while sales of 90s-style Casio watches were up 81 per cent.

Sales of toastie makers were up 63 per cent and shoppers “weren’t being gourmet about it”, John Lewis noted, with sales of sliced white bread up 17 per cent at Waitrose.

Spending more money on products that help people enjoy everyday moments is a marked shift from the “experience economy” of the past 20 years.

Then consumers were invested more in major events such as once-in-a-lifetime holidays and big parties, according to new research. Now shoppers appear to be spending more on items that make them happy day to day rather than one-off occasions or experiences.

Sales of champagne flutes and wine glasses have risen 88 per cent so far this year, with six in ten of us spending more time at home with family and friends.

Meanwhile 70 per cent of consumers are spending more time outdoors and an increase in wild swimming has led to a doubling of changing robe sales.

Cassie Holmes, a professor at UCLA’s Anderson School of Management, which contributed to the study, said: “The pandemic has made all of us more focused on those simple, ordinary moments and enjoy more happiness from them, because we’ve recognised just how precious our time is.”

According to Pippa Wicks, the executive director of John Lewis, the emergence of a “moments” economy is a reaction to “a distracted, digital world”, brought about by the rise of the smartphone.

The John Lewis study analysed more than 20 million data-points on social media and included a 5,000-person survey, as well as qualitative research with customers.

Taylor Swift to embark on stadium tour in summer 2023

Hospitals often reap profits in places where many patients…

Reviews Featuring ‘Let’s Build a Zoo’, Plus the Latest…