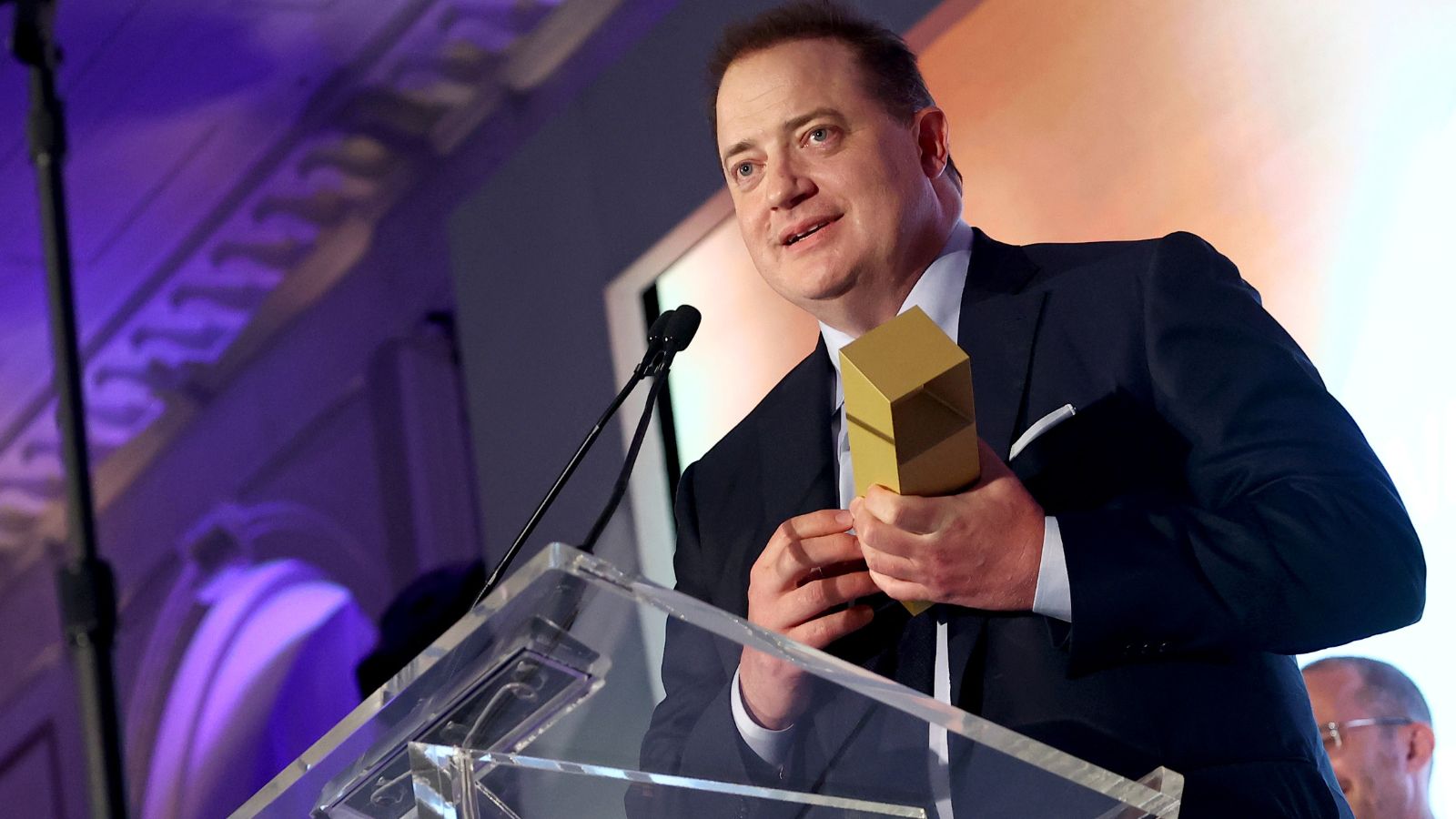 The renaissance for Brendan Fraser is truly on, as he has received a top gong at Toronto International Film Festival for his performance in The Whale, but it’s his speech has has tugged our heartstrings.

The Whale sees Fraser embark on his first major acting gig in over a decade, following being black-listed by Hollywood for speaking out against his abuser. After a six-minute standing ovation at Venice Film Festival which saw Fraser tear-up with joy, he’s popped up big in Toronto.

Winning the Tribute Award at TIFF, he told of how the last time he picked up any prize was when he was in fourth grade some 43 years ago. The 53 year-old has been highlighted in countless reviews for his performance, and is looking a dead cert for an Academy Award nomination come Jan. 2023. His acceptance speech was humorous throughout, with him speaking with clear excitement.

“Wow! This is new to me. Normally I’m the guy at the podium who hands these things out, and I got pretty good at it! […] I think that the last time I waited to hear my name called aloud to receive an award was in… grade four, and it was in the PeeWee bowling league.

The Whale is the latest film from Darren Aronofsky, and picked up three awards in Venice during its premiere. Receiving strong reviews, it is currently sitting at 85 percent on Rotten Tomatoes.

Mainstream audiences will have their chance to see The Whale from Dec. 9, with it expected to be a favorite in awards season.