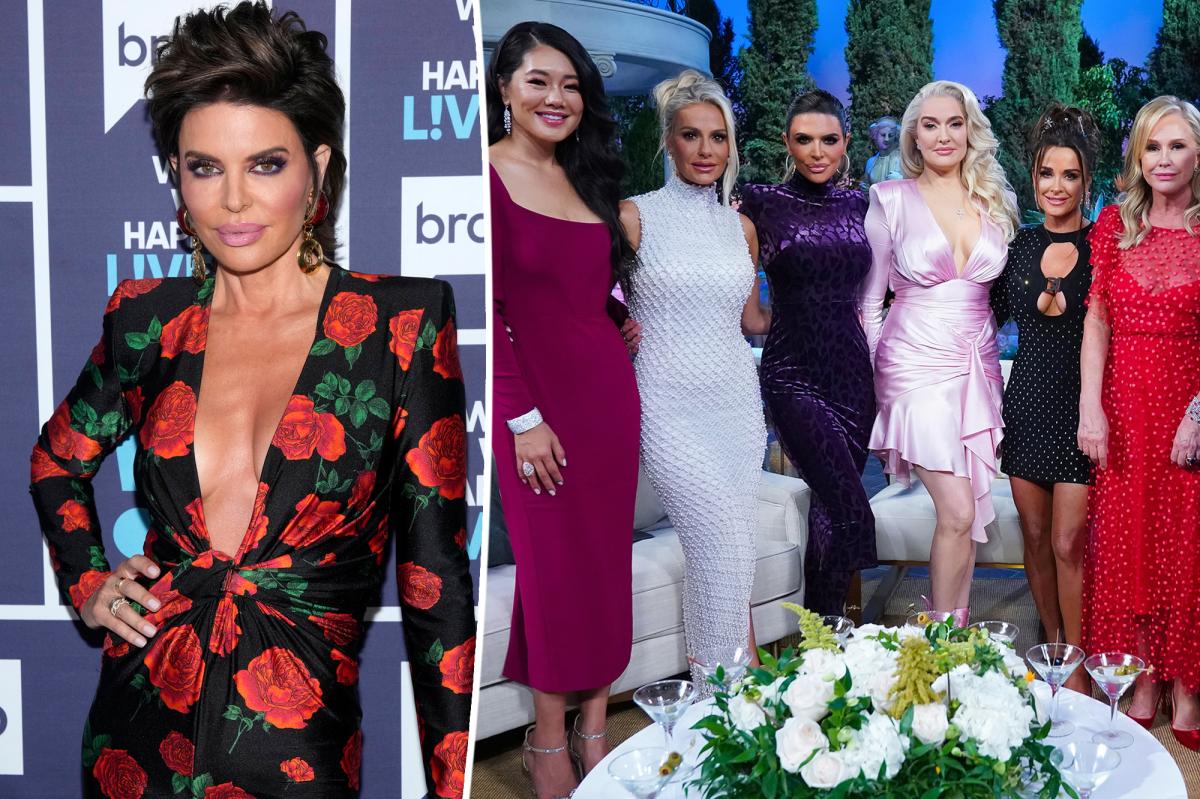 Bravo fans are convinced Lisa Rinna has been dropping major hints about a potential “Real Housewives of Beverly Hills” departure.

A big fan of the post-and-delete, Rinna’s latest clue came Monday via her Instagram Story when she posted lyrics from the hit song “Roxie” next to a photo of Renée Zellweger in the 2002 screenplay of “Chicago.”

Shortly before, the former soap opera star, 59, shared a throwback picture of her walking a red carpet.

Additionally, not only did she archive her Instagram post of Bravo supporting nemesis Garcelle Beauvais’ teenage son against racist trolls (claiming that the network’s statement “did nothing”), but Rinna also did away with many of her other “RHOBH”-related posts.

She explained to inquiring fans that she “edited” her grid to reflect mostly “fashion, fun and family,” insisting that the name of the show was never in any of her social media bios.

Since Season 12 began airing in May, viewers have noticed Rinna appearing to get less camera time than she did during her previous seven seasons on the show.

Then, after her mother, Lois DeAndrade Rinna, died last November, she lashed out at producers for giving her “one episode of grace” and “that’s it.”

More recently, the QVC maven seemingly accused showrunners of somehow orchestrating the bot-generated cyberbullying campaign against Beauvais’ child as a way to make her look bad.

“Is it a coinkydink that the producer of our show now was a producer of ‘Vanderpump Rules’ when all that s–t went down over there online in the press and such?” she asked her Instagram followers in a series of videos, referencing the spinoff show of another Bravo enemy, “RHOBH” alum Lisa Vanderpump.

“She’s gone lol,” someone else commented, as another added, “Lisa Rinna is over.”

“Oh she got fired,” yet another fan tweeted alongside a meme with the words, “There’s the door bitch!”

Others pointed directly to Rinna’s recent social media activity, writing things like, “Lisa Rinna deleting all things #RHOBH on instagram is making me actually believe she is getting fired,” and “Lisa Rinna blaming the producers for the entirety of Bot-Gate … is a good sign this will be [her] last season.”

“She is on an exit tour out of Housewives,” someone else quipped, adding that they “expect to see her on The Masked Singer, and other celebrity reality shows very very soon.”

“She came in the franchise liked, and she’s leaving hated,” one viewer argued, as someone else pointed out, “This is giving Trump melt down vibes ????.”

Despite the widespread speculation, a source tells Page Six exclusively that Rinna is very much still on the show – and that anything suggesting otherwise is simply not true.

Neither Rinna nor Bravo immediately responded to our requests for comment, though the network never comments on casting rumors.

Denial of responsibility! My droll is an automatic aggregator of the all world’s media. In each content, the hyperlink to the primary source is specified. All trademarks belong to their rightful owners, all materials to their authors. If you are the owner of the content and do not want us to publish your materials, please contact us by email – [email protected]. The content will be deleted within 24 hours.
bravolisa rinnareal housewivesreal housewives of beverly hillsreality starsReality TV
0
Share

This startup claims to have unlocked the secret to fast CPUs

The Hundred, 2022 Match 32 MNR vs OVI Match Prediction Who Will Win Today Match

What Happens At Fashion Week?

Naseem Shah tests Covid-19 positive, will not feature in…

Should You Bother With an Email Signature?