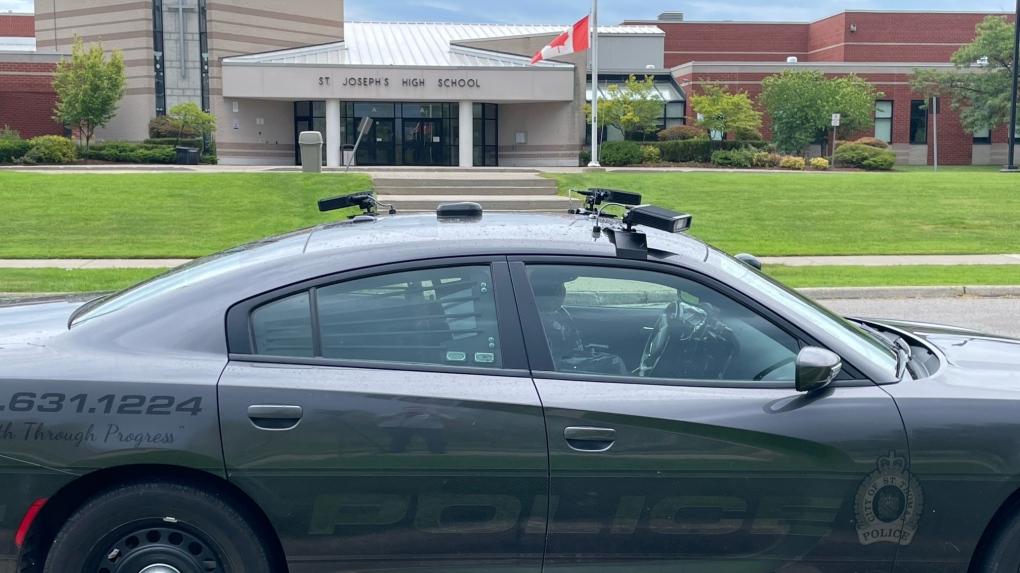 Multiple schools in London are closed Tuesday morning after what St. Thomas police and London police describe as a bomb threat.

According to London police, they were notified around 2 a.m. that a threat was received via email, referencing a school in the west end of the city.

Officers attended the school in the 1300-block of Oxford Street W, and conducted a preliminary check of the building which so far has not revealed anything suspicious.

Police will remain on scene throughout the day, and a thorough search is currently underway.

According to St. Thomas police, “… with assistance from the London Police Service Explosives Disposal Unit will be searching the building for an explosive device after a bomb threat was received at the London District Catholic School Board… An email threatening both St. Thomas Aquinas School in London and St. Joseph’s High School in St. Thomas was received early this morning.”

A statement from the London District Catholic School Board reads, “Due to a security threat received in early this morning, local police have advised that St. Thomas Aquinas Catholic Secondary School, London and St. Joseph’s Catholic High School, St. Thomas are closed to all students and staff on Tuesday, September 13, 2022. Buses for the two schools have been canceled. Teachers and staff will reach out to students through the Virtual Learning Environment where appropriate and possible. Please know the LDCSB takes any threat very seriously and we involved the police immediately. Safety is of paramount importance to everyone at the London District Catholic School Board. We ask the community refrain from speculation or circulating rumors, especially those that may appear online. Additional information will be provided as appropriate.”

Matthews Hall posted on social media that it will be closed “due to a security threat at STA [St. Thomas Aquinas] next door.”

Fanshawe College St. Thomas Campus is closed for in-person learning due to “police activity.” Students are asked to check FOL where instructors will be updating information.

This is a developing story.

Ryanair’s snarky reply to customer on Twitter slammed as ‘unprofessional’