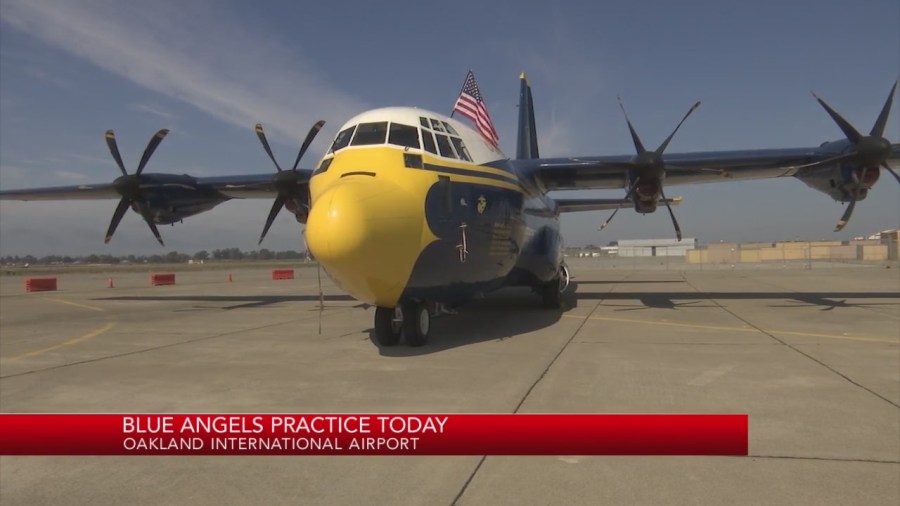 OAKLAND, Calif. (KRON) — Did you hear them?  The Blue Angels are back in the skies over the Bay Area.

The Blue Angels are back. If you looked up this afternoon you probably saw them flying around, you probably definitely heard them.

The Blue Angels did some practice maneuvers around San Francisco and the Bay Area on Thursday afternoon. This is the 76th season for the Blue Angels.

It is the 41st Fleet Week here in San Francisco. This is the second year that the Blue Angels have found this aircraft, which is the F-18 Super Hornet.

Now, earlier in the day on Thursday, the media was given an up-close look at some of these aircraft and also given a chance to speak to some of the pilots. Also flying this year is the C-130 Fat Albert plane, which accompanies the Blue Angels and carries a lot of their equipment.

The Fleet Week airshow usually begins around noon on Friday, Saturday and Sunday. It’s centered between Alcatraz and San Francisco out over San Francisco Bay. The Blue Angels generally fly a little later in the afternoon, usually around 3 p.m.