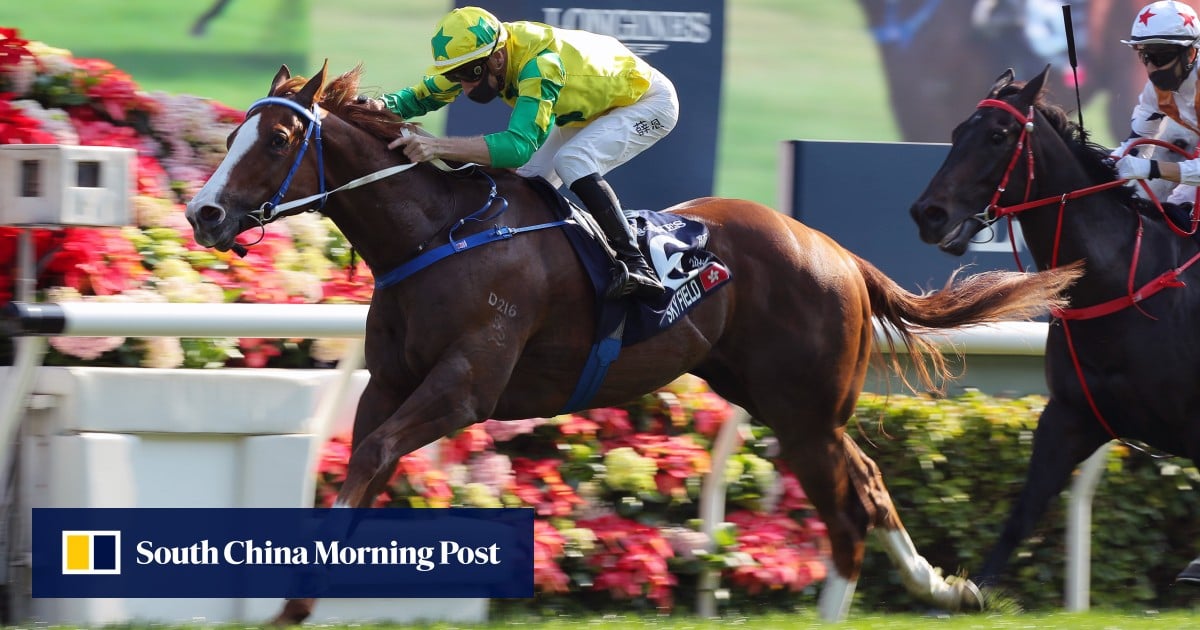 Blake Shinn makes a return to the saddle at Happy Valley on Wednesday night after completing a three-meeting suspension handed out to him after he landed the Hong Kong Sprint aboard Sky Field.

The Australian rider was found guilty of careless riding in that Group One contest and has been frustrated at missing out on some smart rides in the last couple of weeks.

“It’s never a good feeling when you’re sitting on the sidelines so it wasn’t ideal, especially when we had some good momentum going,” Shinn said.

“It was frustrating to have my momentum halted for a few meetings and give the other jockeys some opportunities that could have potentially been mine.

“In that sense it was disappointing, but it gave me a chance to work harder on my body and try to come back bigger and better.”

Shinn will be missing from action again soon, with two further bans in February, but he has plenty to look forward to in the interim and is excited to renew acquaintances with Sky Field in the Centenary Sprint Cup this weekend.

“He’s an exciting sprinter, it was great to get the result on him – albeit in the circumstances that it came in – but hopefully this weekend he can prove he’s the best sprinter in Hong Kong,” Shinn said.

A hugely lucrative fortnight could well be on the cards for Shinn as he rides Russian Emperor in the other Group One at Sha Tin on Sunday, the Stewards’ Cup, and next weekend he will partner Fantastic Treasure in the Classic Mile and Panfield in the Group Three Centenary Vase.

Shinn could be in the money in all of those valuable contests and he has been thrilled with the way Russian Emperor has been working as the pair get set to take on the mighty Golden Sixty.

“Russian Emperor trialled beautifully between runs and obviously we’re probably all racing for second prize money, but the horse is going great and it’s a nice race for him looking forward to the Gold Cup,” Shinn said.

“This is a lovely stepping stone for him into that race and his form at a mile is pretty good, so I’m expecting him to run a pretty good race.”

While Shinn may only be racing for the runner-up spot in the Stewards’ Cup, he is confident that Fantastic Treasure is in with a huge chance of landing the Classic Mile on January 30.

“I’m really excited to be riding him, he’s probably at the top of the pecking order for the Classic Mile and I thought his [lead-up] run with a huge weight was really good, especially off the back of a lay-off and a minor hiccup. He couldn’t be going any better in the way he’s training,” he said.

Before turning his attention to that plethora of top-class rides, Shinn is hopeful he can return a winner at Happy Valley on Wednesday night, where he has seven mounts.

“Charming Steed is a great chance and is probably my plum ride. Solar Wai Wai is a good chance in the Class Two and Hall Of Champ has drawn well and could be competitive. There looks a few hopes there and I’m raring to go,” the jockey said.

Denial of responsibility! My droll is an automatic aggregator of the all world’s media. In each content, the hyperlink to the primary source is specified. All trademarks belong to their rightful owners, all materials to their authors. If you are the owner of the content and do not want us to publish your materials, please contact us by email – a[email protected]. The content will be deleted within 24 hours.

A Grand Wagoneer For Those On A Budget