Blackstone Remembers the Fifth of November in Super-Magician Comics 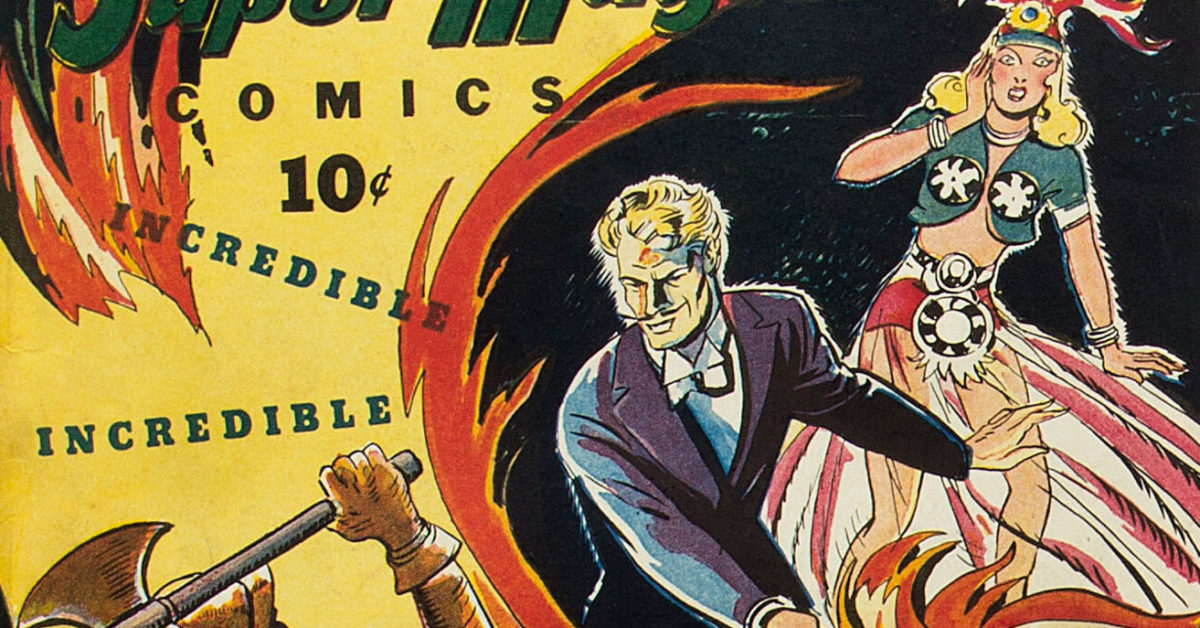 The title page blurb of the story sets things up with some embellishments on the original:  “Remember, remember the fifth of November… Guy Fawkes and the Gunpowder Plot…  these words of an old English verse recall the story of Guy Fawkes and conspirators who tried to blow up Britain’s King and Parliament in the year 1605.  As in all such cases, some of the conspirators probably escaped, so weaving fact with fancy, we have based this story on the possibility that their descendants have been dwelling in undisclosed passages which the original conspirators burrowed beneath London. There, safe through the days of the Blitz, they have been waiting, with their barrels of unused gunpowder, still hoping that they in their small way can complete their heinous plan of three centuries standing.”

Gibson then introduces a magic plot twist in the story, seemingly via the 1840 William Harrison Ainsworth novel Guy Fawkes, which introduces supernatural elements into the historical saga’s framework.  In that story, Fawkes visits legendary historical occultist John Dee for advice.  In Gibson’s tale for this issue, Blackstone makes reference to an “old time magician” named Guy Fawkes who is not the same person as the Gunpowder Plot Fawkes, with the descendants of the conspirators telling him that their 1944 Guy Fawkes is a descendant of that magician.

In the final magician vs magician battle, Blackstone wins the day and puts an end to this three-century plot for good.  It’s a fun and clever story by Gibson, and there’s a Super-Magician Comics V3#7 (Street & Smith, 1944) Condition: VG and a bunch of issues of Super-Magician Comics up for auction in the 2022 September 11-12 Sunday & Monday Comic Books Select Auction #122237 at Heritage Auctions. If you’ve never bid at Heritage Auctions before, you can get further information, you can check out their FAQ on the bidding process and related matters.