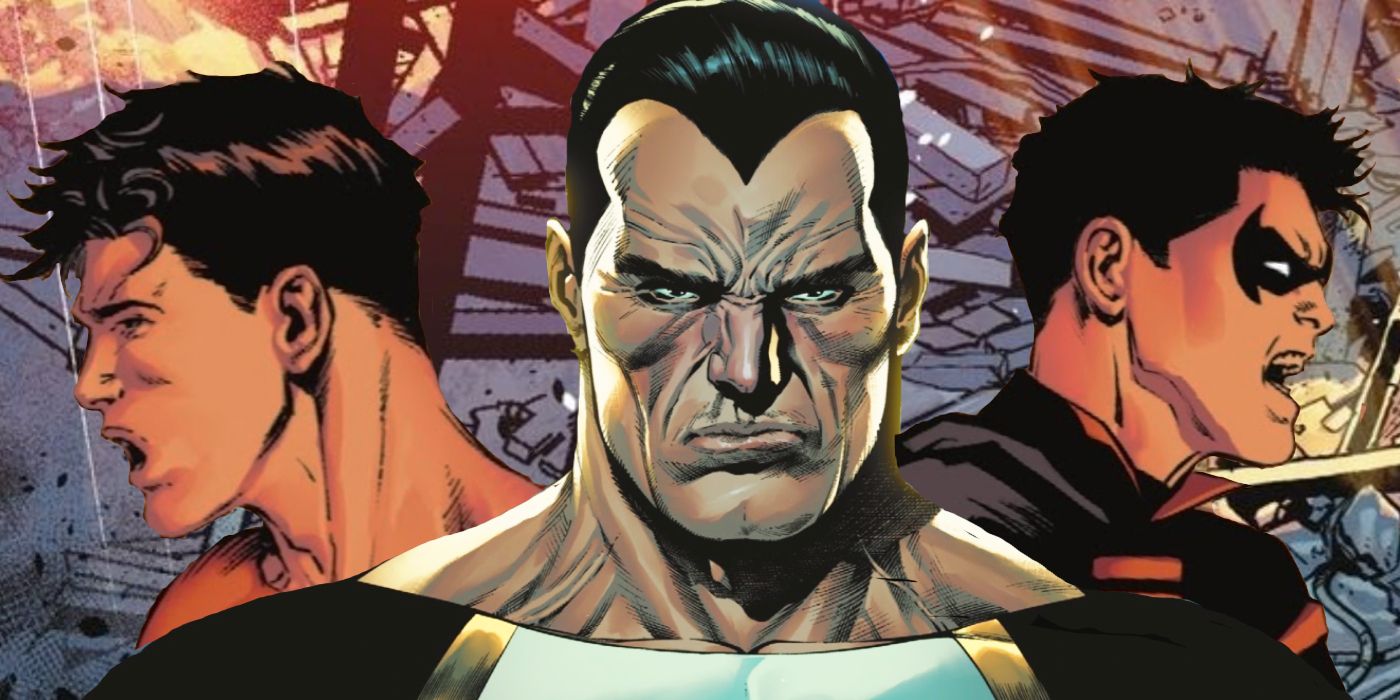 In the wake of Deathstroke-led attacks across the globe, Black Adam warns his younger comrades they need to start killing their enemies.

The following contains spoilers for Dark Crisis On Infinite Earths #3, now on sale from DC Comics.

Black Adam wants the young superheroes of the DC Universe to cross lines they may never have before and start killing criminals.

Teth-Adam’s directive comes in the pages of Dark Crisis #3, as the Kahndaq leader lectures Damian Wayne, Jon Kent and other heroes in the Hall of Justice about taking more aggressive action on the newly formed Justice League. The conversation comes up after Damian addresses the deadly attacks led by Deathstroke that have decimated Titans Tower and left Beast Boy hospitalized and possibly traumatized.

Grabbing a wounded Count Vertigo in a headlock, Black Adam argues his counterparts are “not willing to do what must be done” and should “hang Count Vertigo’s dead body in front of the Hall of Justice as a warning to Deathstroke and his ilk.” Jon Kent warns Black Adam to step down, but it takes Wonder Girl’s magic lasso which finally gets Teth-Adam to drop the captured villain.

Black Adam was the only survivor of an all-out assault on the Justice League in the pages of Justice League #75. A dark army led by Pariah seemingly obliterated Batman, Superman, Wonder Woman and the other members of the League. While it appears the DC Universe’s greatest heroes are trapped in cosmic prisons, everyone on Earth has assumed the worse. In the aftermath of their disappearance, Jon Kent assembled a new League, composed of unlikely recruits like Harley Quinn and two Blue Beetles.

In Dark Crisis #1, Black Adam refused to be a part of this team, arguing that Jon Kent was ill-suited for a leadership role and a more experienced hero like Nightwing would be a better choice. Following Deathstroke’s assault on the Titans in Dark Crisis #2 — which nearly saw Nightwing sacrificing himself to appease Slade’s appetite for blood — Black Adam had a change of heart and took over leadership duties. Nevertheless, his desire to take the lives of evil-doers still makes him an outlier among other members of the Justice League and, in the final pages of Dark Crisis #3, Teth-Adam approaches the Legion of Doom for help, assuming that villains will step up in the midst of chaos to do what heroes will not.

Dark Crisis #3 is written by Joshua Williamson, penciled by Daniel Sampere, inked by Sampere, Daniel Henriques and Danny Miki, colored by Alejandro Sánchez, and lettered by Tom Napolitano. The issue is on sale now from DC Comics.