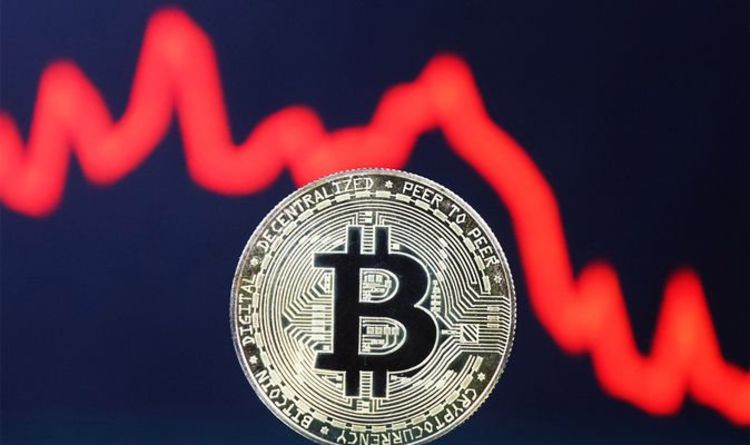 As of writing, Bitcoin trades at £27,680.11, down substantially from its April peak of £46,212.41. Numerous factors have been blamed for the digital currency’s recent collapse, including China’s crackdown on Bitcoin mining.

After initially driving down the price of the digital currency, Mr Argonov said “news from China has ceased to particularly affect the market”.

He added: “Investors have already come to terms with the fact that in the Middle Kingdom things are not very good with cryptocurrencies.

“The importance of the EU initiative to ban anonymous BTC transactions should not be overestimated either: according to lawyers, even if it is approved, it will take years before the relevant laws are passed.

“During this time, a lot can change. Other factors in the BTC crash were purely economic: the US stock market crash on Monday and the Grayscale Bitcoin Trust unblocking 16,000 BTC on Sunday.”

READ MORE: You could have made over £2 million through Bitcoin

He added: “Bouncing back in late June, BTC has had a negative trend since early July, and it was only a matter of time (and depth) before a new crash.

“However, it is possible that this collapse was the last in the series.

“It is symbolic that the ‘culprit’ of the May collapse, Elon Musk, spoke out in support of BTC on Wednesday, especially accelerating the recovery.”

However he told Express.co.uk potential investors need to ask “what are the key drivers of Bitcoin”.

He added: “As it ‘matures’ from infancy to spoilt teenager Bitcoin should stabilise as volume increases and it becomes an accepted form of payment.

“Remember it is still very small in market terms. Tech gurus like Elon Musk have the same followers as Bitcoin but so do people who buy Gold.

‘In fact they are very similar. Anti fiat/conventional currencies, followers have a mistrust of governments and the asset pays no dividend.

“Recently Amazon joined the supporters and today it spiked 28 percent. So whilst I agree I think it’s a moot point.”

The Adamis Principle co-founder then said political involvement in the cryptocurrency “will help of course but only in the long run”.

He added: “The recent volatility has been caused by one or two main players as I mentioned above.

“The evidence is there with Elon Musk and now Amazon. Bottom line causing BTC to move.”

Gavin Smith, CEO at Panxora, suggested Bitcoin’s price woes could be in part due to fears around inflation, which also drove gold and other commodities higher last year.

Suggesting Bitcoin’s price rises were part of an ‘inflation play’, he said: “Given this scenario, we don’t expect $28,000 to provide much support- it wouldn’t even be surprising to see a sharp panic sell-off to below $24,000.

“This sell-off will be largely driven by investors who entered the inflation trade late in the day, above current levels.

“Our central view is that the inflation play has been delayed, not cancelled; and we expect institutions to take advantage of any panic sell off below $24,000 to build up their Bitcoin reserves at attractive levels.”

Physicists explain how to execute a nearly splashless dive