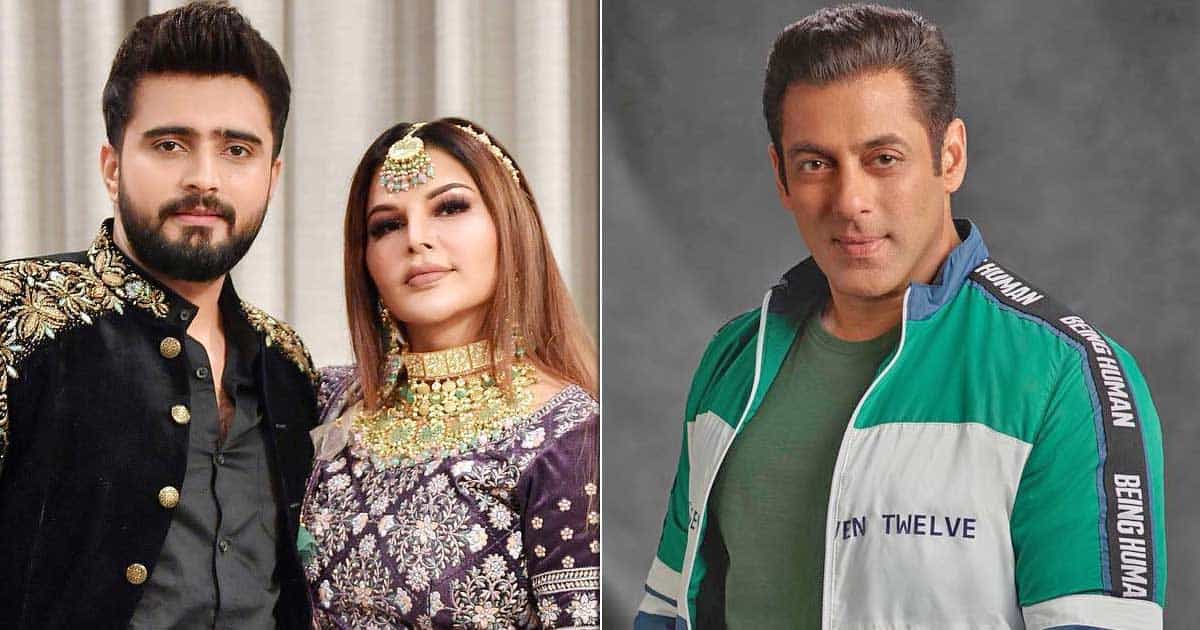 Bigg Boss and Rakhi Sawant have come a long way. The reality show which is all set to return with its 16th season has often seen the controversial queen entering the house time and again. No matter which season it has been, Rakhi has made sure to entertain the audience with her crazy antics. Currently, Bigg Boss’ favourite contestant is making headlines owing to her personal life. Ever since she fell in love with her new boyfriend Adil Durrani she’s been making quite some appearances with him.

Earlier, the actress was in the news when she had slammed her boyfriend’s ex-girlfriend for sparking their marriage rumours.

Recently, Rakhi Sawant interacted with paps just like always. While addressing the media, the actress was asked about the upcoming Bigg Boss new season and about the host Salman Khan. Reacting to the same, she first said if all goes well, she will definitely enter the house with her boyfriend Anil Durrani.

Later when she was asked about Salman Khan, she couldn’t stop showering praises on the host and said the reality show was ‘zero’ without the Dabangg actor. Not only that she even called him the King of Bollywood, which contestants are scared of. Watch the video below:

A few days back, Rakhi Sawant shared a video from the hospital where she had slammed Adil Durrani’s ex-girlfriend. During the live video, she had angrily said, “All girls are after Adil because he’s smart and handsome. Roshina is doing a publicity stunt. Jaanboojh ke mujhe chhedne ki koshish karti hai, bewdi hai ek number ki. Khud ko Muslim kehti hai aur dr*gs, daaru karti hai. Don’t talk about Roshina and upset me. Adil doesn’t talk to her, doesn’t call her. She keeps putting posts on her own.”

Coming back, how excited are you to see Rakhi Sawant with Adil on the show? Do let us know.