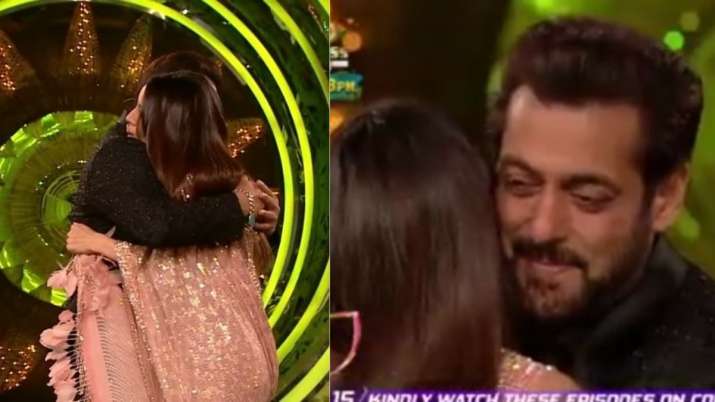 Bigg Boss 15 is all set to close the curtains with its grand finale this weekend. One of the guests at the star-studded event will be Shehnaaz Gill, who will pay tribute to the late actor and winner of season 13 Sidharth Shukla. In a latest promo of the show, as Shehnaaz met Salman Khan on the stage, could not hold back her tears. She got emotional seeing Salman and hugged him tightly. The Dabangg actor too went weak on his emotions as tears rolled down his eyes. As soon as the video went viral, SidNaaz fan were numb to see the two in tears and consoled them in the comment section.

While Shehnaaz and Sidharth never officially spoke about their relationship, rumours were rife that they were dating and were planning to get married. The bond, the duo shared was one of the highlights of Salman Khan hosted show. However, the landscape for the actress changed after Sidharth passed away suffering a massive heart attack last year. For the unversed, the song ‘Tu Yaheen Hai’ was released by Shehnaaz Gill as a tribute to Sidharth Shukla after his sudden death.

1 officer decommissioned, 5 others on administrative duty amid probe into fatal shooting on Nashville highway