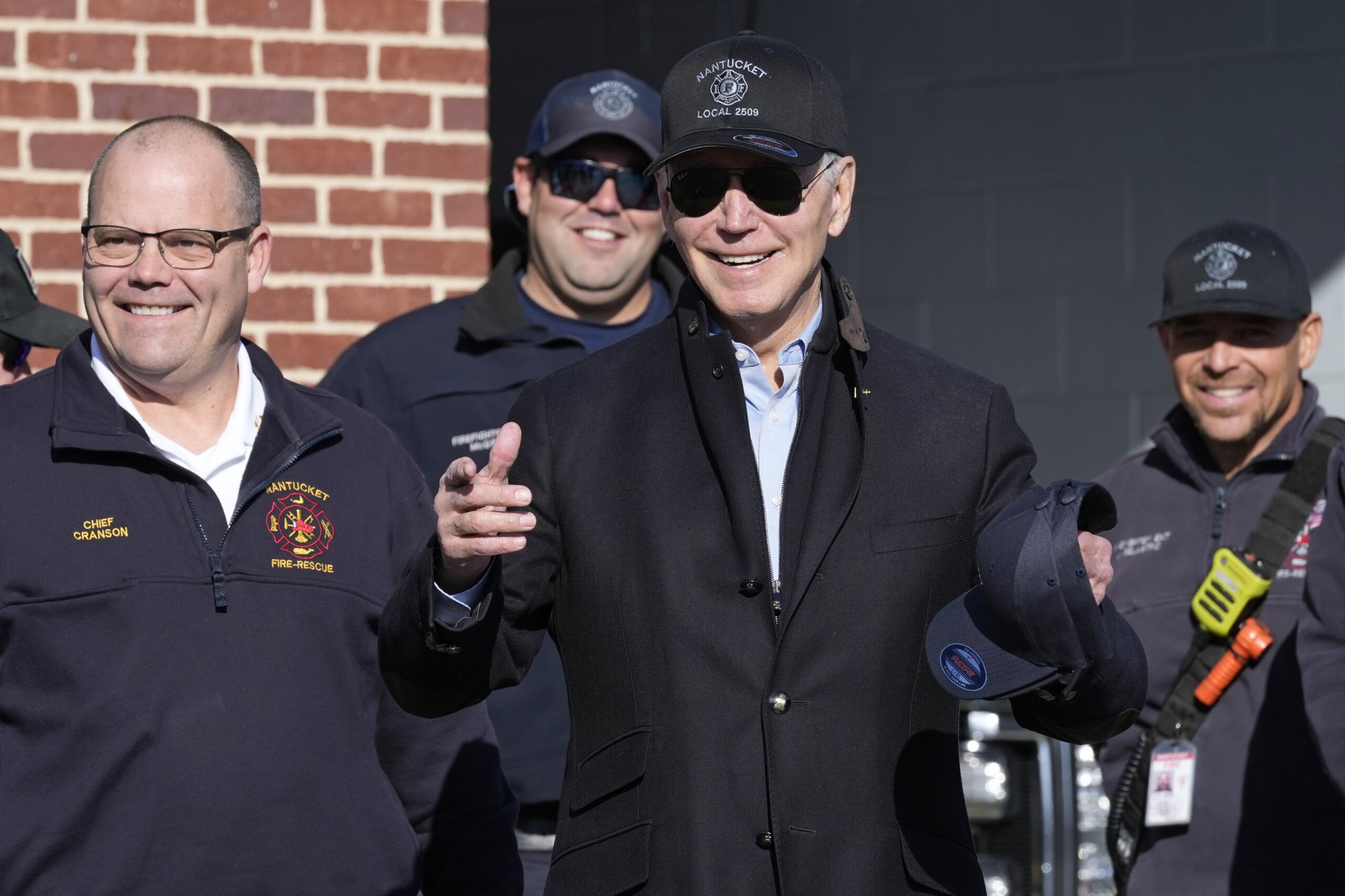 NANTUCKET, Mass. (AP) — President Joe Biden on Thursday delivered at least half a dozen pumpkin pies to Massachusetts firefighters during a Thanksgiving Day show of appreciation and his toddler grandson walked away with a red fire hat topping his blond curls.

“Oh wow,” Biden was heard to say upon seeing Beau Biden, who is nearly 3, emerge from the headquarters building wearing the hat. The president was with the firefighters who had lined up outside the building to welcome him.

Biden had expressed appreciation for firefighters and other emergency personnel earlier in the day when he and his wife, Jill, spoke by telephone to the hosts of NBC’s broadcast of the Macy’s Thanksgiving Day Parade in New York.

“I want to say thanks to the firefighters and police officers, first responders. They never take a break,” he said during the call. The Bidens spoke later Thursday with units from each of the six branches of the U.S. military, stationed in Europe, at sea, at Guantanamo Bay, Cuba, and at Whiteman Air Force Base in Missouri, the White House said.

“We remember them every single day,” he said during the broadcast. “God bless our troops.”

Jill Biden appeared to try to get her grandson to talk to the firefighters, but Beau would not look up. She was overheard saying she did not know why he was being so quiet.

During a brief conversation with reporters, Biden said he hopes the upcoming Republican-controlled House will continue U.S. aid to Ukraine. He also said his team is involved in negotiations to avoid a freight rail strike in early December that could further disrupt the economy.

After the visit, Biden returned to the Nantucket home where he is taking in the holiday with family, including son Hunter and his wife, Melissa — who are Beau’s parents — and daughter Ashley.

They are camping out at a sprawling waterfront compound along Nantucket Harbor owned by David Rubenstein, co-founder of the Carlyle Group, a private equity firm. Biden celebrated Thanksgiving at the home in 2021.

The Bidens have a more than 40-year tradition of spending Thanksgiving on the Massachusetts island.

Upcoming Sony-Honda autonomous EV will have a PS5 built right into it!