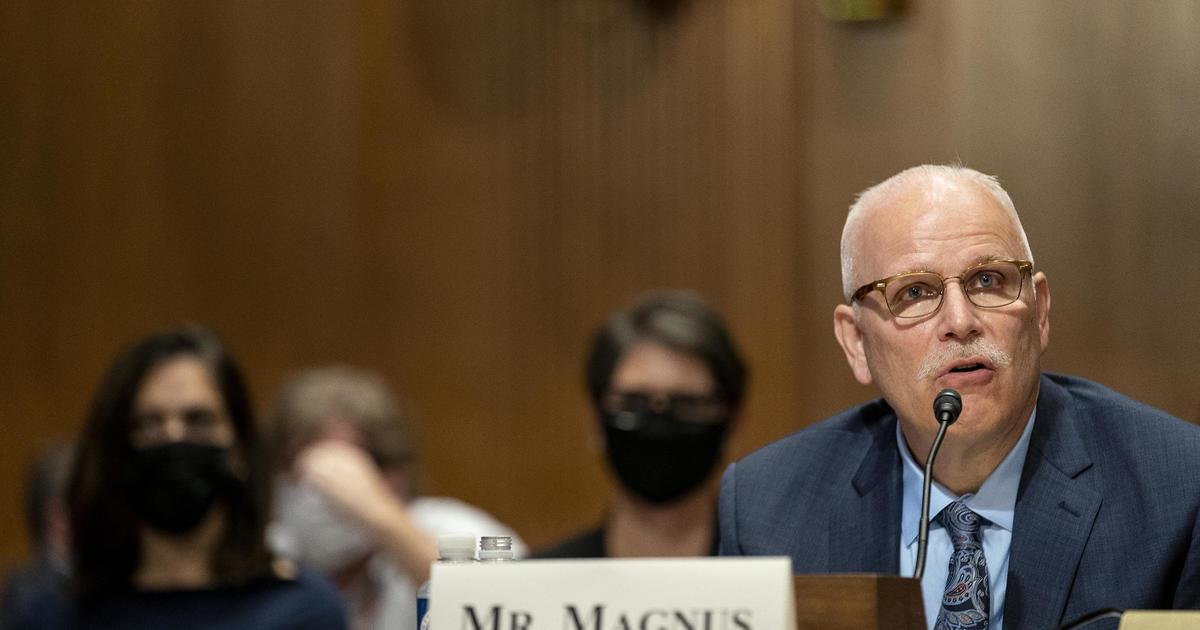 Washington — President Biden on Saturday accepted the resignation of his administration’s Senate-confirmed Customs and Border Protection Commissioner, Chris Magnus, who had been asked to step down by Department of Homeland Security leaders frustrated with his leadership.

In a brief resignation letter to Mr. Biden, Magnus, who had earned a reputation as a progressive law enforcement reformer while serving as police chief in Tucson, Arizona, Richmond, California, and Fargo, North Dakota, said it had been a “privilege and honor” to serve in the administration.

“I am submitting my resignation effective immediately but wish you and your administration the very best going forward. Thank you again for this tremendous opportunity,” Magnus wrote.

White House press secretary Karine Jean-Pierre confirmed the president had accepted Magnus’ resignation, which marks one of the most high-profile departures of the Biden administration, and will again leave the largest federal law enforcement agency without Senate-confirmed leadership.

“President Biden appreciates Commissioner Magnus’ nearly forty years of service and the contributions he made to police reform during his tenure as police chief in three U.S. cities,” Jean-Pierre said in her statement. “The President thanks Mr. Magnus for his service at CBP and wishes him well.”

Magnus’ resignation comes just a day after it was revealed that Homeland Security Secretary Alejandro Mayorkas had lost confidence in his ability to lead CBP at a time when the agency has struggled to respond to record numbers of migrant apprehensions along the U.S.-Mexico border.

Magnus, however, indicated to several news outlets on Friday that he had no intention of resigning, saying he was focused on reforming CBP, which for years has attracted progressive criticism over its treatment of migrants and asylum-seekers.

Prior to the internal clash becoming public, Magnus had already been sidelined at CBP, with Troy Miller, a career official, charged with leading day-to-day operations at the agency, according to a senior DHS official who requested anonymity to discuss internal matters.

While there were several concerns among DHS leaders about Magnus and his ability to lead CBP, the senior department official cited Magnus’ fraught relationship with Border Patrol, the agency responsible for apprehending and processing migrants who cross into the U.S. unlawfully.

In an interview with the Los Angeles Times on Friday, Magnus defended his leadership, saying his attempts to reform Border Patrol were met with resistance.

“At one point, it became so clear to me that some in the top leadership at DHS did not understand what reform even looked like within a law enforcement organization,” Magnus told the newspaper.

In a message late Saturday notifying CBP employees that Magnus had left the department, Mayorkas said that Miller, the career agency official, would become acting commissioner, a position he previously held during the early days of the Biden administration.

“We are thankful to Commissioner Magnus for his contributions over the past year and wish him well,” Mayorkas said in the message obtained by CBS News.

With more 60,000 employees, CBP is responsible for stopping migrants who enter the U.S. illegally, facilitating legal trade and travel, preventing illicit drugs and goods from entering the country and disrupting terrorists plots.

Over the past two years, the agency’s resources have been severely strained by a sharp increase in unauthorized migration along the southern border. In fiscal year 2022, a 12-month period that ended on Sept. 30, CBP officials along the Mexican border processed migrants nearly 2.4 million times, an all-time high.

The record high tally included a significant number of repeat crossings by migrants expelled to Mexico, as well as over 1 million rapid expulsions of migrants processed under a Trump-era public health restriction known as Title 42. But the unprecedented migration episode has nevertheless posed dire humanitarian and operational challenges for CBP, as well as a political headache for Mr. Biden’s administration.

Republican lawmakers have faulted the Biden administration for the migrant crisis, saying harsher Trump administration policies reversed over the past two years should be reinstated to deter migrants from coming to the U.S.

While migration flows can be influenced by U.S. policy, or perceptions of it, pandemic-era economic woes in Latin America, a mass exodus from countries like Venezuela, Cuba and Nicaragua with authoritarian governments and labor demands in the U.S. have also contributed to the unprecedented number of migrant arrivals along the U.S. border in recent months.

In an interview with CBS News in August, Magnus said crises across the globe had been prompting desperate migrants to journey to the U.S. border in record numbers.

“There’s unprecedented levels of cartel and gang violence in other countries, political upheaval. People are at real risk. Some of them really (face) such danger for their families, themselves, that they see no alternative but to flee,” he said.

Camilo Montoya-Galvez is the immigration reporter at CBS News. Based in Washington, he covers immigration policy and politics.

Denial of responsibility! My droll is an automatic aggregator of the all world’s media. In each content, the hyperlink to the primary source is specified. All trademarks belong to their rightful owners, all materials to their authors. If you are the owner of the content and do not want us to publish your materials, please contact us by email – [email protected]. The content will be deleted within 24 hours.
biden administrationimmigrationu.s. customs and border protection
0
Share

New York Voted to Protect the Planet. California Did Not