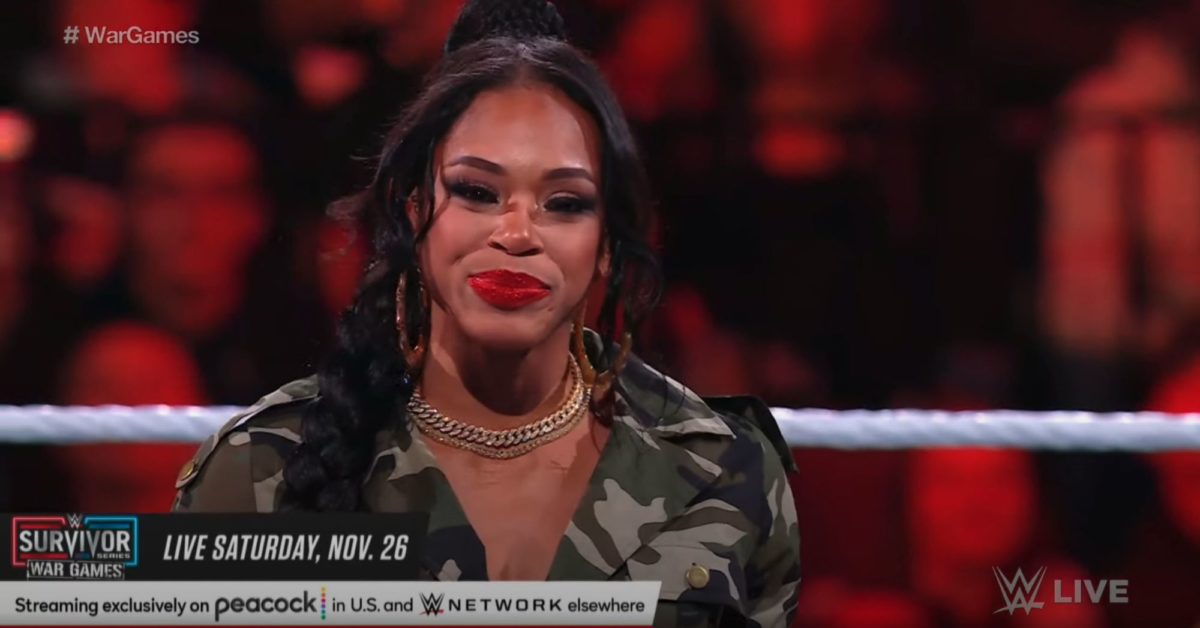 It looks like we won’t know who the final member of Bianca Belair’s War Games team will be… until Friday Night Smackdown, that is. Belair declined to reveal the fifth team member, who most believe to be a returning Becky Lynch, on WWE Raw last night. Instead, Belair is saving the reveal for the night before Survivor Series.

Last night’s WWE Raw was a return to form for the show, which isn’t a good thing, because it’s been abnormally watchable since Vince McMahon retired. However, despite being the final episode of the show before Survivor Series, Raw last night fight like a filler episode. Wrestlers competed in mostly meaningless matches, all leading up to the main event, which fans (who have only themselves to blame) expecting the return of Lynch to happen there. Instead, Belair announced that she would reveal the final teammate on Friday, right before Asuka battled Rhea Ripley for the War Games advantage.

Ripley won the match, earning her team the right to send competitors into the cage first, guaranteeing them a woman-up advantage for most of the first half of the match. Survivor Series will take place on Saturday, November 26th at 8E/5P. There are five matches booked for the show. Ronda Rousey will defend the Smackdown Women’s Championship against Shotzi. Seth Rollins will defend the United States Championship against Bobby Lashley and Austin Theory in a triple-threat match. AJ Styles will take on Finn Balor. The Bloodline will take on The Brawling Brutes, Drew McIntyre, and Kevin Owens in the men’s War Games match. And in the women’s War Games match, Bianca Belair, Asuka, Alexa Bliss, and a newly renamed Michin (formerly: Mia Yim) will join a mystery teammate to take on Damage CTRL, Rhea Ripley, and Nikki Cross. Survivor Series will stream on Peacock in the United States and the WWE Network internationally.

You can try out the Mistlands expansion for ‘Valheim’ right now