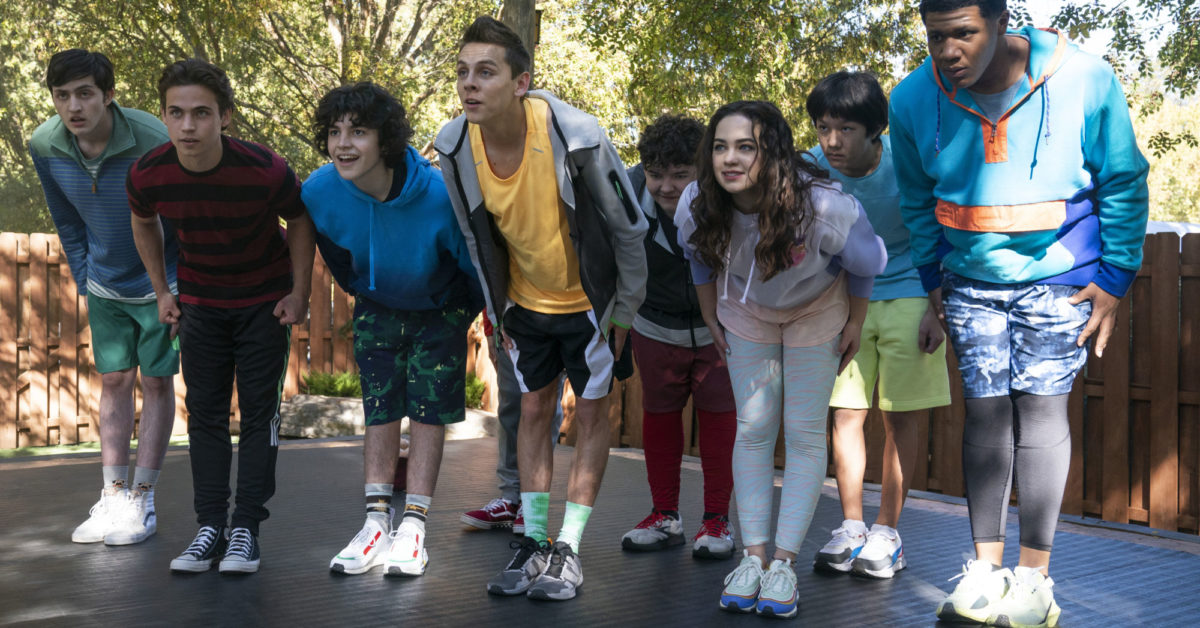 If there’s one thing The Karate Kid franchise is known for, aside from their epic fights that carried over into the Netflix series Cobra Kai, it’s their training montages. The one sequence more synonymous with the franchise is Mr. Miyagi’s (Pat Morita) wax-on, wax-off. It’s something that wasn’t only used to teach Daniel LaRusso (Ralph Macchio) the basics of Miyagi-do karate 1984 film, but it’s something that Daniel’s passed on to his own students in the Netflix series.

Another memorable sequence was the regiment was the one Johnny Lawrence (William Zabka) developed for Daniel to teach him the ways of Eagle Fang or when Johnny tries to get both Eagle Fang and Miyagi-do students to leap between buildings. In season five, Miyagi-do students attempted to learn how to protect their eggs from sensei Chozen Toguchi (Yuji Okumoto). Bleeding Cool spoke with Jacob Bertrand (Eli ‘Hawk’ Moskowitz), Xolo Maridueña (Miguel Diaz), and Mary Mouser (Samantha LaRusso) about their favorite training sequence.

“I was going to say [the egg training sequence] that was probably one of my favorite things in the film. Yuji is just so much fun to work with, and it was cool, like getting to fight alongside everyone,” Bertrand said. “Seeing Yuji run up every single time like that [laughs]. That was good,” Maridueña added. “I had a really fun sequence in the backyard, which got trimmed down a bit, but it’s where I got to work with Daniel and Chozen at the same time. It was really fun,” Mouser said. “They were just holding pads, and I got to kick them, go back and forth. It was just this like very sweet, fun moment for me of like, ‘These are the people who knew Mr. Miyagi,’ and so it was like it was a cool, fun little karate moment for me.” Season five of Cobra Kai is available to stream on Netflix.