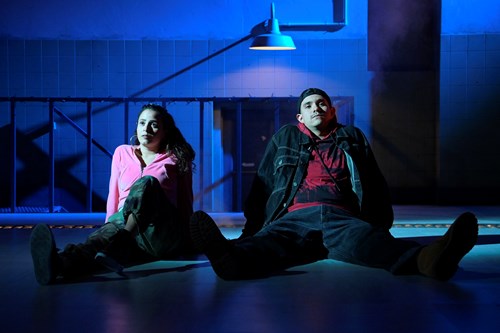 BERKELEY, Calif. (KRON) — As California moves to become a sanctuary state for reproductive rights, Berkeley Repertory Theatre’s newest show brings Berkeley back to its roots as a sanctuary city.

According to the Berkeley Historical Society, Berkeley became the first sanctuary city in the U.S. in 1971. At the end of a City Council Meeting the representatives signed Resolution #44,784, which gave naval seaman in the area sanctuary. The men were on board the USS Coral Sea and were opposed to the Vietnam War that they had been sent to fight in.

Hernán Angulo, an actor in “Sanctuary City,” spoke with KRON4 about how his experience as a first-generation American impacted his life and how that experience tied him to this show. Angulo went to high school in Hayward before studying Theatre at UC Berkeley and acting at American Conservatory Theatre (ACT) in San Francisco.

Angulo discussed how the recent decision handed down by the United States Supreme Court (SCOTUS), which overturned Roe v. Wade made “Sanctuary City” even more important because of the focus on marriage rights.

“What does overturning same sex marriage mean to those people who are living here whose citizenship is dependent on same-sex marriage rights?” Angulo asked. The director of “Sanctuary City,” David Mendizábal, spoke with KRON4 about what sanctuary means to him and why this play matters today.

Mendizábal said the recent overturning of Roe v. Wade impacted the way he considered this play — specifically when it comes to rights that we may have taken for granted, “the sort of impermanence and precariousness of those rights is still there.”

Mendizábal says that the things the people in this play are seeking are part of what connects us. “We are seeking sanctuary, and ability to find safety in the world, when there are so many systems that are treating you as though you are not human,” he told KRON4.

Angulo says the connections people build at the theatre are what excites him most about being back with a live audience. “The conversations after watching a piece of theatre are the most exciting,” Angulo said. “It’s an opportunity to see and learn about each other.”

Mendizábal agrees with Angulo and hopes that those who choose to partake in theatre also choose to take action in their communities.”Going to theatre doesn’t absolve you, it’s what you do with what you learn from those experiences,” he said.

“Sanctuary City” is playing at Berkeley Repertory Theatre until August 14, tickets are available on the Berkeley Rep website.