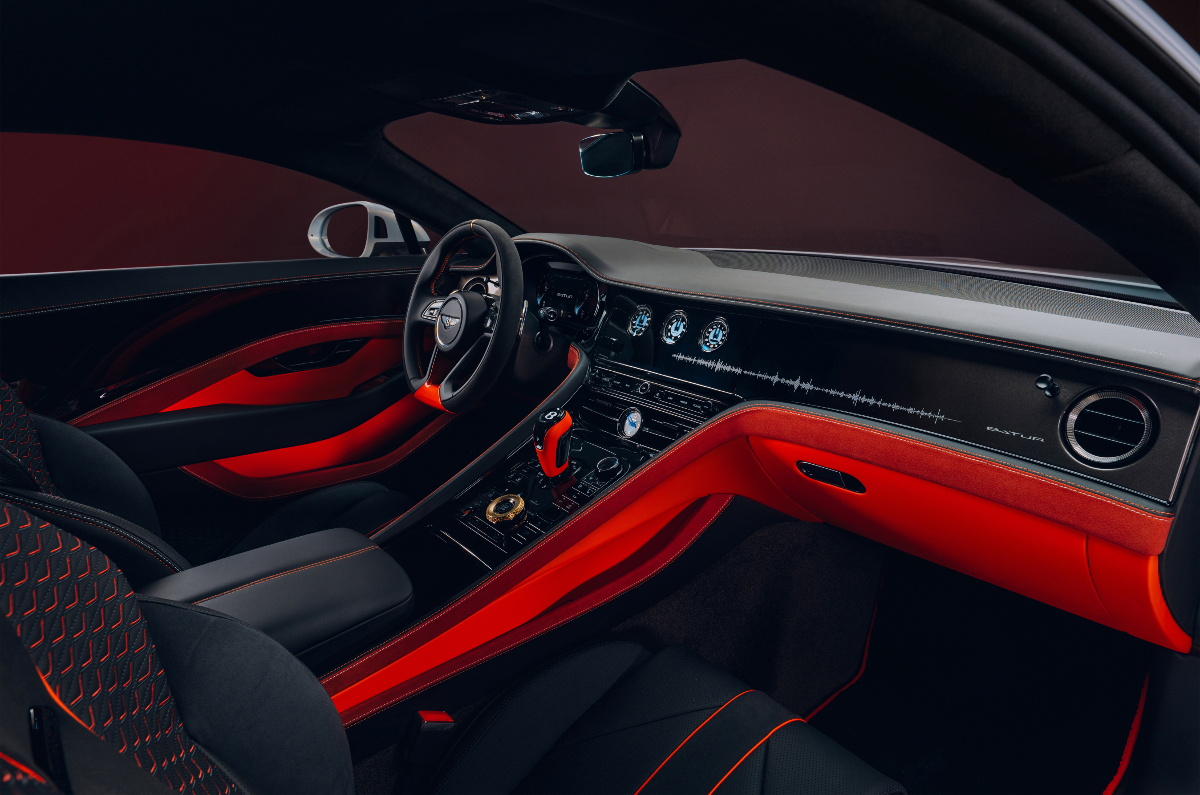 The new limited-run coupe will be the last Bentley to feature its venerable 6.0-litre W12 engine.

Bentley has unveiled a new, limited-run coupe, the Batur, to be built by its Mulliner coachbuilding division. Bentley says this coupe starts a new chapter of its design language, which will also be incorporated into the brand’s future EVs. At the same time, the Batur will be the last Bentley to get its 20-year-old 6.0-litre W12 engine.

Named after a volcanic lake in Bali, Indonesia, the Bently Batur will be limited to 18 units and all have been sold out at a price of £1.5 million (Rs 14.14 crore, before taxes and duties).

The two-door coupe from Mulliner is based on Bentley’s digital chassis technology that is also found on the Continental GT. The Batur will be built in Crewe, UK by Mulliner, much like its predecessor, the Bacalar.

Under the hood will be Bentley’s 6.0-litre twin-turbocharged W12 powertrain that has been reworked to produce around 740hp, 80hp more than the Continental GT Speed, and 1,000Nm of torque. All the power is delivered through an 8-speed dual clutch automatic transmission. This will make the Batur the most powerful road car the British carmaker has ever produced. Bentley mentions that the Batur shown now is a prototype, called Car Zero, and will be tested and developed at a race track.

In profile, the Bentley Batur will be equipped with 22-inch alloy wheels as well as a prominent air vent behind the front wheels. The glasshouse’s new design will merge at the beltline rather than sweeping up. At the back, the Batur will get thin LED tail lamps, a retractable spoiler and quad exhaust tips.

Being a Mulliner-built car, buyers will be able to spec their Batur in any way they want. On the inside, the Batur will use sustainably produced leather as an option, while carbon fibre will be replaced with flax-based natural fibre. Buyers will also get an option to get the interior accents finished in 18-carat gold.

Andreas Mindt, director of Design at Bentley, said the Batur’s new-form language will be a key part of the company’s “transformational journey” towards the launch of its first battery-electric car, a fifth Bentley model line, in 2026.

Do you like the direction Bentley’s design language is taking? Let us know in the comments.

We’re actually NPC’s in his Metaverse

The Game Awards 2022 tickets go on sale in November