Being Temba Bavuma: Captain of ‘People’s’ Republic of South Africa 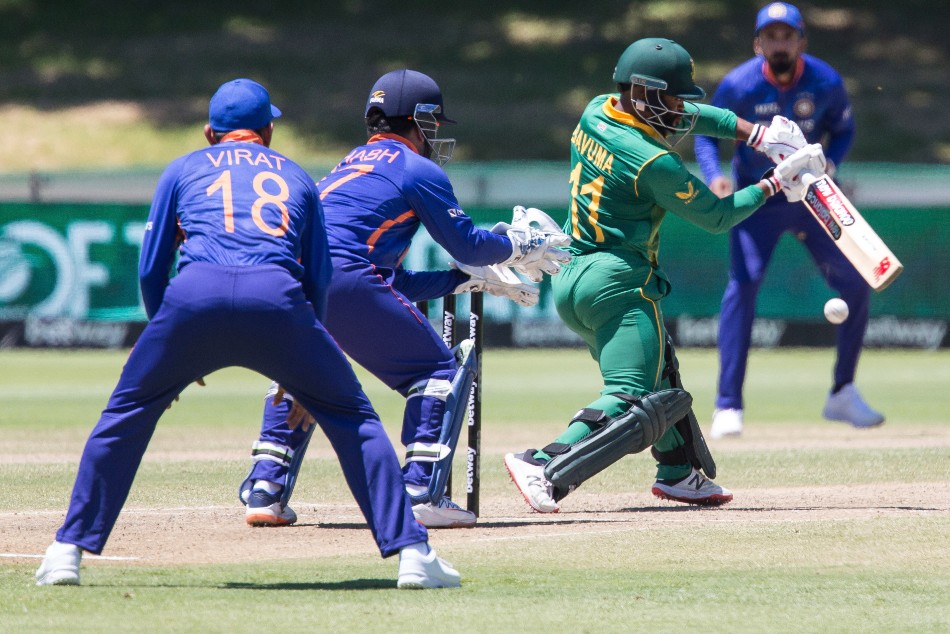 It was a tiny 11-year-old, whose essay found the pride of place in the school magazine. “I see myself in fifteen years in my suit and shaking (then SA president Thabo) Mr Mbeki’s hand congratulating me for making the South African side,” sixth grader Temba Bavuma, wrote in his submission.

“If I do I would definitely thank my coaches and parents who support me all the way and especially my two uncles who gave me the skills of being one (a Proteas representative).”

For many, it could have merely been musings of an impressionable pre-teen but when in 2016, exactly 15 years later, Bavuma became the first black South African to score a century in Test cricket, Mbeki was already out of presidency.

But standing at barely 62 inches, Bavuma with his self-prophecy coming true, grew in stature in a South Africa, which is still going through a healing process even three decades after the end of apartheid. And knowingly or unknowingly, Bavuma is playing his significant role as the first Black South African national cricket captain, who is not just a symbol but a beacon of hope for a society that is trying to be more inclusive for the oppressed half.

As South Africa’s white-ball captain and a mere 16 ODIs ‘old’ (he has played 47 Tests though), Bavuma’s calm batting in the Test series win over India and zen-like on-field presence as a leader in the white-ball set-up has ushered new hope. And why not, he led from the front against a formidable Indian side that had players like Virat Kohli, KL Rahul, Shikhar Dhawan, Rishabh Pant, and Jasprit Bumrah in its ranks.

It’s not a mean feat and Bavuma can just sit back and raise a toast to himself and the team.

Sipokazi Sokanyile is a very popular media manager associated with the South African men’s team. Sipo, as she is affectionately called, has seen Bavuma grow not just as a player but as a person being a part of that change room.

“Temba is the ultimate leader and doesn’t ask anything of anyone which he is not willing to do himself,” Sipo told PTI when asked what sets the 31-year-old apart in such a short captaincy career.

“He sets very high standards for the players and of the team and everybody involved in the environment. We have a good team culture that is conducive to acceptability and conducive to belonging where everybody feels part of the collective, whether you belong to the team from four seasons ago or the first day,” she said.

What inclusiveness means for Lad from Langa

It has its own socio-political history and growing up in that area with a journalist father, Vuyo, and a very supportive sporting mother, Bavuma was only destined to shine brightly as the ‘Sun’ (that’s what Langa means in local language).

Incidentally, before Bavuma, Langa produced another international cricketer Thami Tsolekile, who had a very short career with the Proteas besides being a hockey international too.

Tsolekile, a wicketkeeper, was a part of the team in the early millennium and had horror stories to tell of his time with the national team and later was banned for his involvement in match-fixing in a domestic T20 tournament. Bavuma’s emergence as a premier player and leader in the last year has empowered the community.

He makes them feel that they too belong. He was absolutely aware of his social position although his family could be termed middle-class and he understood the value of acceptance and inclusivity. It was evident as to how he spoke after the 3-0 series win.

“I don’t think it’s easy (captaining the team). There are a lot of dynamics that you need to manage. For me, the biggest thing is trying to keep cricket the main focus amongst the guys,” Bavuma said on Sunday.

Freedom of expression wasn’t the strongest suit of the South African teams of yore. Ask Makhaya Ntini and the superstar former fast bowler would tell that it was never easy for him even during his best days. Bavuma wants to change it all, feels Sipokazi.

“Temba and Dean (Elgar) created a team culture that is inclusive and allows everybody to have freedom of expression and feel they are part of the team,” she said.

Bavuma has improved leaps and bounds as a cricketer and a captain but for many, his finest hour isn’t the 3-0 win against India but how he handled a very sensitive and potentially explosive situation during last year’s T20 World Cup in the UAE when senior teammate Quinton de Kock refused to take a knee in support of the ‘Black Lives Matter’ movement.

De Kock’s stand on the matter was completely contrary to Bavuma but he followed Evelyn Beatrice Hall’s famous quote “I disapprove of what you say, but I will defend to the death your right to say it.”

Bavuma had back then said: “You kind of have to respect the decision that Quinton made, whether you agree with it or not.” In the whole episode, it was Bavuma, who came out “taller and stronger”.

Similarly, his dealing of the whole Mark Boucher “racial misconduct” episode has been elderly and statesmanlike belying his age and showing maturity beyond years.

“I hate to bring this up but it’s been a challenging period for the team, for the players, for particular members of management,” he didn’t name Boucher but said what he had to.

“…to manage the conversations happening around the change-room and to ensure our energy is 100 per cent geared towards performing out there, for me, has been the biggest challenge.”

A player who is getting better with time

One century in 47 Tests is modest by any stretch of imagination for an international batter but Bavuma’s influence in the team’s performances can’t just be judged by statistical nuggets.

It’s beyond that and the 40s and 50 in tricky chases against quality bowling are as important as the Daddy Hundreds. If Dean Elgar brings in the defensive solidity with his doggedness, Bavuma brings in the plucky elegance which is the X-factor of this team.

In his childhood days in Langa, he and his friends would play on rough roads and call them “Karachi” as the ball would turn and bounce landing on uneven surfaces. No wonder his footwork against Ravichandran Ashwin was exemplary.

As Sir Donald Bradman once told Sunil Gavaskar during World XI’s 1971 tour of Australia, “Big blokes have the power but we shorter ones have the footwork.”

A low centre of gravity also helps as he plays the spinners by reaching to the pitch of the deliveries.

He wants to be captain of whole South Africa

The last South African captain who united a whole nation was rugby’s Francois Pienaar, a white man who had led the Springboks to the famous 1995 Rugby World Cup triumph even as president Nelson Mandela wore a replica of Pienaar’s jersey number at the presentation ceremony.

6 Types Of Healthy Chips To Try Out With Tea, Coffee This Winter Season