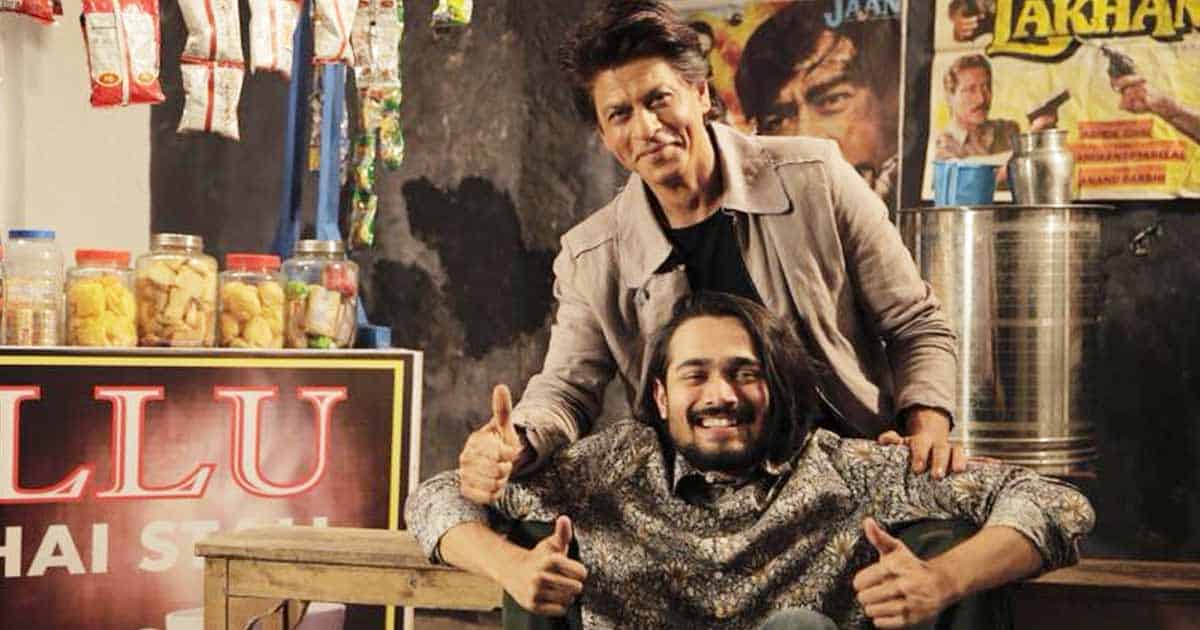 Bhuvan Bam is currently one of the most prominent YouTubers and with his channel BB Ki Vines, the artist has become an internet sensation. In a recent chat, Bam opened up about so many things and among them was his most memorable episode of Titu Talks with Shah Rukh Khan. The comedian made some interesting revelations about the show and SRK. Scroll below to read the whole scoop.

Apart from YouTube, Bhuvan is also a singer, as he has composed several songs and featured in a few music videos. He made with acting debut with a short film and lastly he was seen in his web show, Dhindora. He’s now all se to make his OTT debut with Disney Plus Hotstar’s Taaza Khabar.

Further admiring Shah Rukh Khan, Bhuvan Bam says “Uss admi ki mahanta hi yahi hai ke, it was a 7-8 page script and it was a complex shoot. Unko maine ek narration diya and we did it in a single take, aur champi ka idea tabhi aya and I never told people to subscribe to my channel, usdin mujhe laga, agar first-time ye boldein, maine kaha, ‘apke sath toh nahi baith sakta, apke pairon ke niche baith jata hun aur naturally champi dene lagey,’. I was so in aww of that guy. Titu Talks has become a priority because no one can say no as he (SRK) has done it.”

Must Read: When BB Ki Vines’ Bhuvan Bam Promised In Snoop Dogg’s Presence To Cross 5 Million YT Subscribers With Certain Time & Achieved It Like A Boss!

A Haunting Apocalyptic Horror Lurks in the Shadows of Streaming