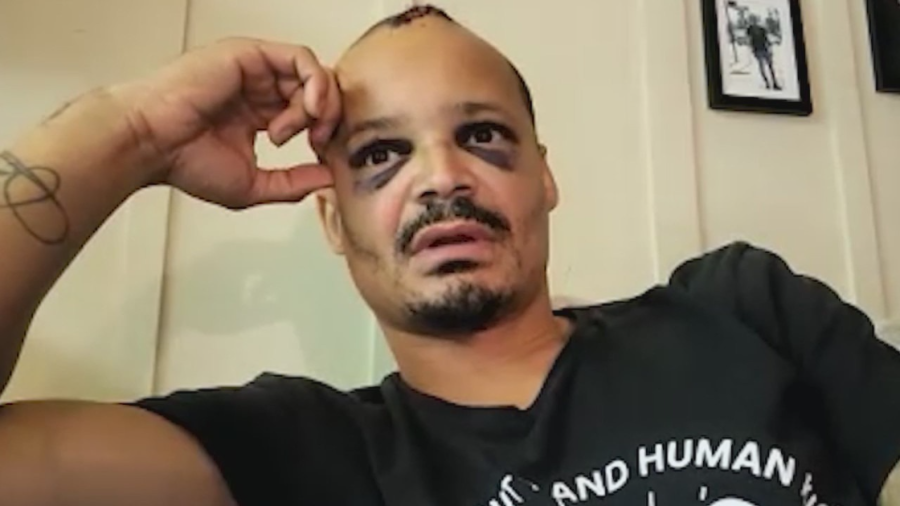 (KRON) – The victim of a shooting on the Bay Bridge spoke to KRON4 on Wednesday. The man is lucky to be alive after a bullet grazed his head during an apparent act of road rage.

The shooting happened last Friday night in the westbound lanes near Treasure Island. The victim told KRON4 he was just centimeters away from death.

The victim’s name is Vincent Williams, and he says he was on his way to help someone in San Francisco Friday night when he was shot. Williams is the CEO of the ‘Urban Compassion Project,’ which is committed to helping the homeless in the Bay Area. He says he is blessed to be able to continue that work, but it will be a long road to recovery.

“I didn’t know that I had been shot at the time,” Williams recalls. “I felt just a bunch of liquid coming down my face.”

Williams was on his way to do a wellness check on an unhoused person in San Francisco. The shooter, he recalls, was in a blue Ford Fusion driving aggressively.

“This person was swerving in and out of traffic,” he said. “I don’t know why but they kind of zoned in on me.”

Williams says he tried to get away, but then, “Everything just kinda went dark.”

Williams was somehow able to park his car on the bridge despite a bullet fracturing his skull. Even though the shooter got away, Williams says he has a new outlook on life.

He’s grateful and wants to stay committed to his community. He also considers his tattered and bloody clothing with the words “experience, strength and hope” to be a symbol. As for the road rage shooter, Williams hopes they can change their ways.

“Take a lesson from this. Take lesson in knowing that you didn’t actually take my life and that you have another chance,” he said.

Williams is at home recovering. In the meantime, California Highway Patrol has not made any arrests or named a suspect. There’s a fundraising effort currently underway to help Williams with his medical bills. His friends believe they will cost more than $100,000. You can donate HERE.