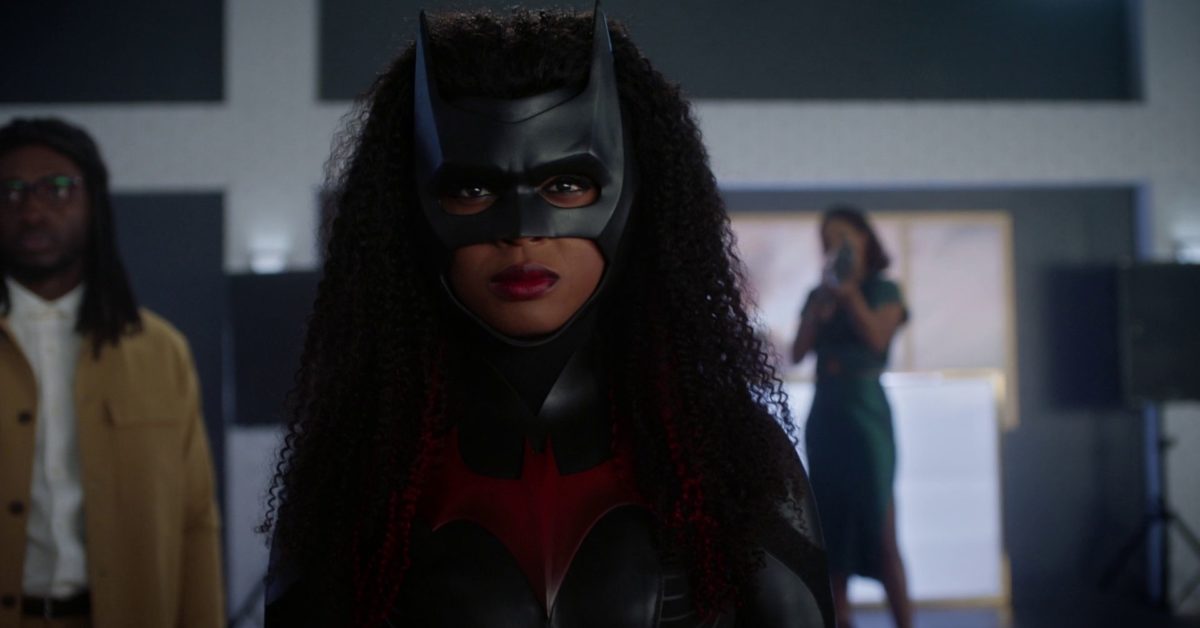 To say that the past year has been a rough one for fans of the “Arrowverse” would be a righteous understatement. With the shifting of ownership of The CW to Nexstar, they’ve had to witness the slow death of a shared television universe that still doesn’t get the respect it deserves for what it did to pave the way for future “spandex shows.” Now, with only The CW’s Grant Gustin, Candice Patton & Danielle Panabaker-starring The Flash remaining, Arrowverse fans have an abbreviated 13-episode season to emotionally invest in as they speculate over how things will end. One bright, shining light of hope came in the form of set reports and now confirmation from the star herself that Javicia Leslie will be reprising Ryan Wilder, aka Batwoman, during the long-running series’ final run. Taking to social media, Leslie posted a message that seemed clearly aimed at the fans who’ve supported her and Ryan over the years. That message? That’s Leslie’s out there, “Still telling HERstory.”

Here’s a look at Leslie’s post from earlier today reminding fans that she’s not done telling Ryan’s story, including an image from Costumer/Seamstress Carolyn McCauley and make-up by Cory Roberts:

Last week, Leslie and Patton posted The Flash/Batwoman team-up that a lot of fans were waiting for… something a whole lot better than a press release. Because you knew when the two got back together on the set, the music’s gonna play & folks are going to start movin’. Here’s a look back at their Instagram posts where the duo redefines the meaning of “World’s Finest”:

The Flash Showrunner/EP Eric Wallace: What If Season 8 Was It?

But what if Season 8 was the final season? Showrunner & EP Eric Wallace revealed in previous interviews that the Season 8 finale was first written as a series-ender, with changes needed once the renewal notice came through. Now thanks to the folks over at TVLine, we’re learning from Wallace what viewers would’ve seen if the series ended with eight seasons. While the final face-off between Barry, aka The Flash (Gustin), and Eobard Thawne, aka Reverse-Flash (Tom Cavanagh), was kept even after the Season 9 green light came through (“We were like, ‘Oh crap, we just did the ultimate battle. How are we supposed to ever top that?’ Then it was like, ‘Let’s just kill him for now and worry about that later.'”), here’s a look at what was in play for the then-assumed series finale:

A “Sexier” & “Romantic” Conversation Between Barry & Iris: “We had to change the whole final scene. We had to rewrite it three different times. Because when it was a series finale, we had to have a much more deep conversation with Barry and Iris, dealing with the fact that they were going to have kids soon. It was a little bit sexier, and it was a lot more romantic of a scene. I really liked it.”

Team Flash Would’ve Gotten Closure: “There would have been an additional scene with all of Team Flash all getting their goodbyes on. But when we found out we had another season to play with, that meant, ‘Ooh, I can tease next year’s Big Bad? All right, let’s do that!’ So that final scene [with the blue crystal] changed radically, and then the ‘Goodbye to Team Flash’ group party scene got deleted entirely.”