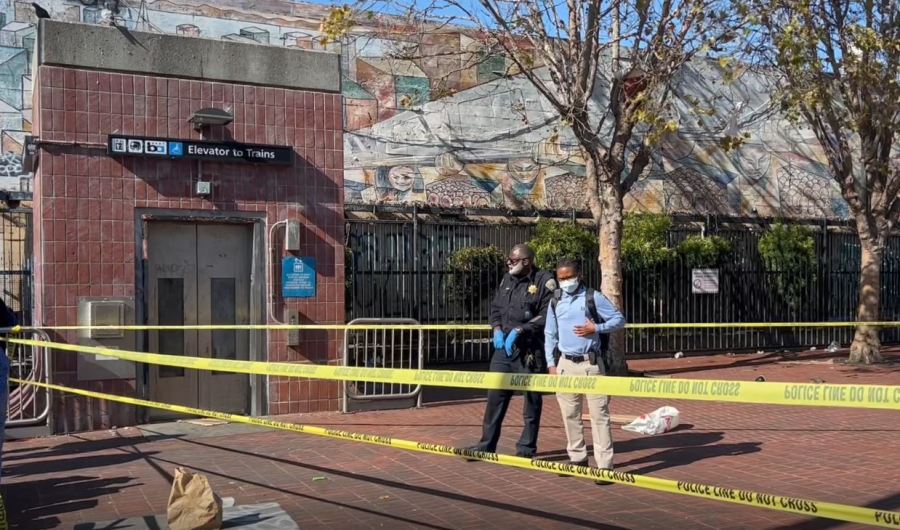 (KRON) – A violent weekend on BART is raising concerns for riders.

The weekend started off with a shooting on a BART train Friday near Lake Merritt in Oakland followed by a deadly stabbing Sunday outside a BART station in San Francisco’s Mission District.

Tweets about train station closures because of police activity are becoming more common from the BART Twitter account. “You always have to watch out behind your shoulder if someone is behind you,” said Richard Mutchie, BART rider.

Public transit should not come with fear, but that is what seems to be happening for BART riders. Many are wondering day to day what will happen during their daily commute on the train.

According to BART, surveillance video showed two men arguing near the station’s elevator above ground. One of them took out a knife and stabbed the other.

The victim staggered down to the station platform where he died. “Anxiety when I see say bad people coming onto my train or whatever and I get on there and there’s somebody sleeping there. You never know what they’re doing,” said Bruce Felmly, BART rider.

A train was the scene of a crime on Friday when a man was shot multiple times near the Lake Merritt station in Oakland while riding BART. He was taken to the hospital with life-threatening injuries but is in stable condition.

“We’re pretty confident that this was not a random attack. It appears to be that it was a targeted attack,” said BART Police Chief Ed Alvarez. According to BART, several safety measures are being taken to keep riders safe: including uniformed safety staff on platforms, police officers dedicated to riding trains, and a network of 4,000 security cameras.

“Luckily through our high presence and having more presence in our system we’re mitigating some of these issues from occurring,” said Chief Alvarez.

Police are still searching for the suspects in both incidents. The shooter on Friday ran from the BART train at the Fruitvale Station and the suspect in Sunday’s fatal stabbing also fled on foot from the area of 24th Street and Mission.

“All 3 different guys’ games was something that I can reach”