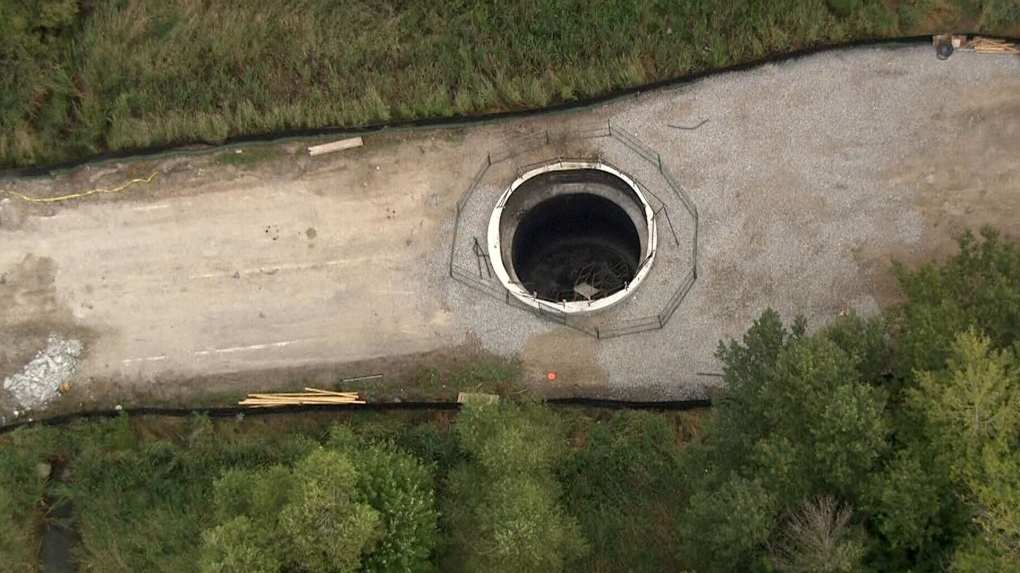 Six young adults killed in a single-vehicle collision in Barrie, north of Toronto, have been identified by family and friends.

Barrie police said they discovered the crash scene Sunday at 2 a.m. near McKay Road and Veteran’s Drive, which is between County Road 27 and Highway 400. That stretch of road is currently an active construction site and the intersection in question has been closed since the spring, the city confirmed.

A memorial has started to form near the scene of the collision as grieving community members drop off flowers and other mementos.

The victims – four men and two women – are all in their early 20s, Jennett Mays, Barrie Police Services’ communications coordinator, told CTV News. They are believed to be the same group of people who had gone to a nearby casino together on Friday evening and were reported missing the following day after friends lost contact with them.

While Barrie police have not released the names of those who died, details about their identities are starting to emerge.

According to lacrosse coach and long-time sports announcer Jim Lowe, one of the young people killed is local player-turned-coach, Luke West.

The crash happened at an active construction site in Barrie, the city confirmed. (CTV News Toronto)

Lowe remembered the 22 year old, who he had known since he was eight, as an incredible man and “a hell of a lacrosse player.”

He said West was someone who gave back to the game he loved by volunteering at lacrosse clinics then showing others “how to become better lacrosse players.” This summer, West was the assistant coach of the Barrie Bombers U17-2 team.

“He just did it because he wanted to give back, and he became a role model for those young men,” Lowe said, adding one of his favourite moments was calling West’s first junior lacrosse goal.

West appeared in six provincial championship final games, winning two of them – one as a player and the other as a coach where he received a silver medal.

“The game helped him through his life and took him places and gave him memories. … Unfortunately, that story ended far too soon,” Lowe said.

The Barrie Minor Lacrosse Association posted a tribute to West on their Facebook page, remembering him as a locker room favourite due to his toughness, tenacity and incredible lacrosse IQ. 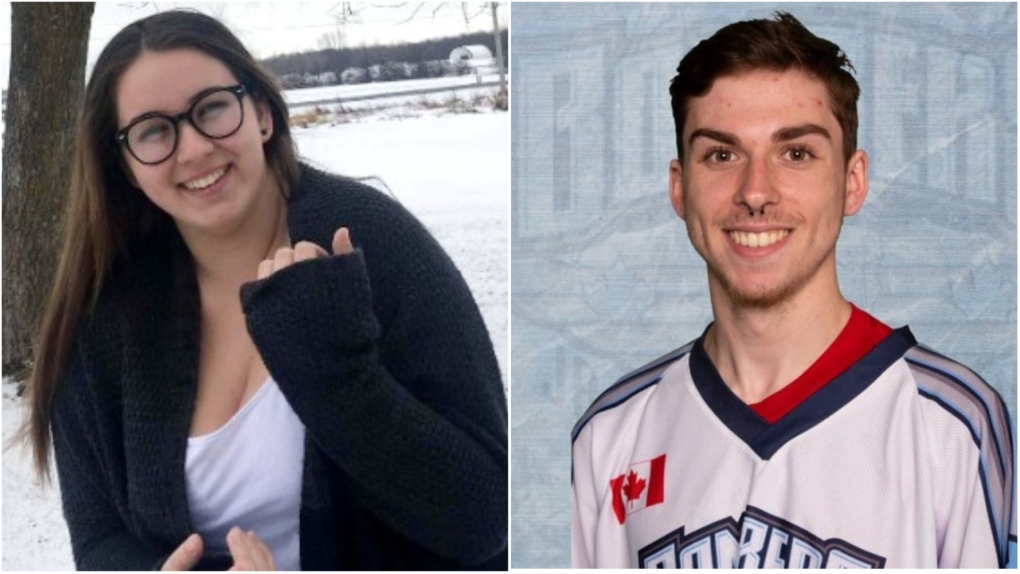 Haley Marin and Luke West were killed in the crash, friends and family say. (Supplied)

“Westy – the impact that you had on your teammates, coaches, and the young men you coached is immeasurable. Few have ever worked harder in Bomber Blue, few can claim to have lifted us so high. We love you, we miss you, and we are grateful for the time that we had with you,” they wrote.

Another victim, Haley Marin is being mourned on social media by her best friend Karen Ross, who said Marin was the only friend she could share anything and everything with. Ross called her a “beautiful soul, person, and friend.”

Curtis King, 22, was also killed in this crash, his father told CTV News Toronto on Monday.

“Curtis was full of life, and always willing to help anyone,” Jason Wright said after leaving flowers near the scene of the collision.

Jersey Mitchell, 20, also died in the crash, her mother and brother confirmed to CTV News Toronto on Monday. 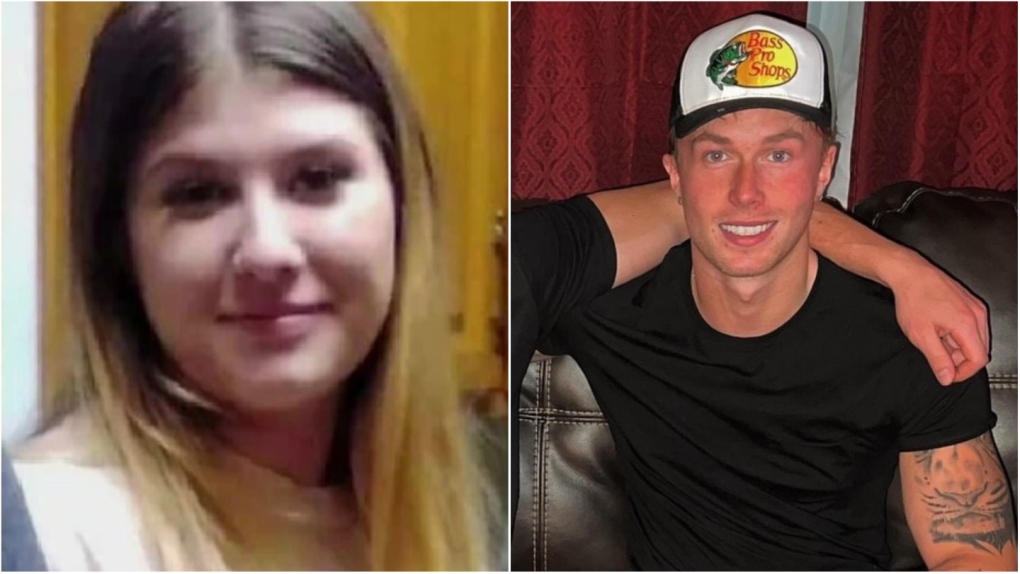 Curtis King and Jersey Mitchell are seen in this photo. (Supplied)

Meanwhile, Barrie Mayor Jeff Lehman has taken to Twitter to offer his condolences.

“I’m thinking about the friends and families of these young people and know that there will be many in our community in need of support in the days and weeks to come,” he wrote in a post Sunday afternoon.

Calling the tragedy his “worst nightmare” as a parent, Lehman urged people to “remember to show the strength of Barrie’s compassion at this time and give respect and space to the families on this awful day, and in the days ahead as our community grieves. 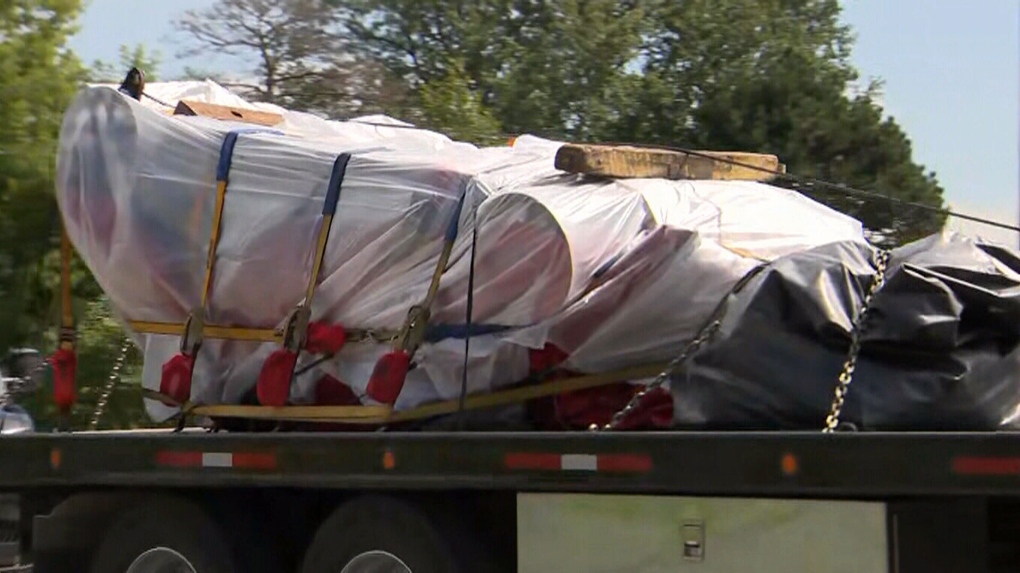 The car involved in the collision is removed by police. (CTV News Toronto)

Speaking with CP24, Lehman said this tragedy has hit “our community very, very hard” as six local families have “just had their lives torn apart in an instant.”

The exact circumstances surrounding the crash are still under investigation.

Anyone with further information is urged to contact Barrie Police Service.

Why We Need to Say Goodbye to the Status Meeting